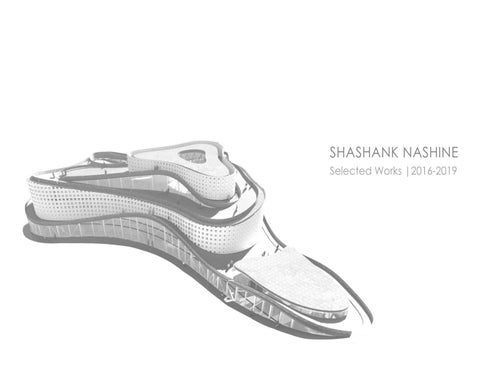 The project is titled The Interlace as it explores ways of merging the site and the building to create a fluid non-building inspired by the contours and themes from the original park that was designed by Frank Lloyd Wright. The eastern perimeter of the site faces issues such as homeless encroaching, poor maintenance, drug abuse, and vandalism. The study of older Barnsdall Park acknowledged that regarding the current site with original contours is beneficial not just for the users of the rehabilitation center but also for the local community that needs a place to heal. The design proposed the roof imagined as a walking ramp that is an extension of the topography connecting the North-South Planes and East-West connection.

The site plan was designed to be welcoming for the community and patients alike featuring gradual steps and jogging tracks with an artificial pond on the eastern perimeter to tackle the vandalism issues and a meandering path on the Northern edge connecting Vermont to the Frank Lloyd Residence.

Top floor becomes a meditating space and opens up into organic walkable spaces and agricultural garden. Radial arrangement of programs for maximum daylight and views

Original site was a shopping center with flat topography

Facade is parametrically designed to have variable openings based on sun study of the site to reduce heat gain and increase patient privacy.

2nd & 3rd Floor support the Operation clinic Clusters. Central core supported by diagrid is open to sky and becomes the central spine of the Rehabilitation Center.

The faรงade was designed parametrically with openings gradually increasing and decreasing in size to reduce the heat gain based on sun-study of the site.The faรงade also increases the privacy of the exam rooms while optimizing daylight.

The building comprises of 4 floors with the 1st floor for public programs, 2nd & 3rd for Outpatient Clinic and Fourth floor for meditation center. There are 3 points of entry to the rehabilitation center on the first floor. The primary entry from the drop-off leads to a central atrium that was designed on diagrid principles and acted as the supporting structure as well as wayfinding point.

The planning featured a radial arrangement of programs to maximize the sunlight and beautiful views offered by the site. The fourth floor is the meditation/praying center that extends into the open fluid walkways and might be used for relaxing, jogging, group therapy or perhaps just as a place to mingle with other patients who experienced similar trauma.

project statement The project is an extension of Parking structure A situated near the Vermont Avenue and School of Gerontology. The site poses problems of theft and mugging due to poor lighting conditions. The Confluence creates an engaging environment by creating an open-air theatre that is complemented by viewing galleries, open study spaces, library, and an intriguing stairway that engages the crowd on the road with the activities in the school.

Density map of structures around PSA

project statement The project sought to develop an underutilized site in Pune metro city and turning it into a symbolic skyscraper, taking advantage of the space sky has to offer. The intent was to design a building that will hold both residential and various commercial activities coherently. Complex building technologies required for the functioning of the skyscraper were incorporated, and the design followed national bylaws.

The form and shape of skyscraper was influenced by a number of factors such as the efficiency of planning, response to the local climate of pune city and the structural system required.Multiple design options were put through wind tunnel and structural tests in order to arrive at the final design

project statement The thesis section explored the radical idea that movement is considered within the discipline on the same level as composition or materiality or tectonics. A discourse of architectural choreography was initiated, to distinguish between movement as a mode of architectural expression, transformation as a concern for engineering or programming, and the related modes of evaluation as performance or expression. Skyscrapers are an inspirational form of public art that can be viewed and appreciated by anyone virtually through Instagram or even merely from far away. The project proposes a skyscraper that changes its form by moving its external floors to music frequency. The movement of the tower is projected through a series of habitable blocks on opposite faces of the tower, creating an allusion of a couple dancing to the rhythm of music and adds the perception of sound to the architectural language.

Music frequency is converted into distance values to move the side boxâ&#x20AC;&#x2122;s that make the building appear to be moving in choreographical routine.

The central atrium becomes a soft collaborative core where the public realm becomes increasingly playful as an extension of the city by dissolving the public boundaries with a mix of formal and informal spaces for chance interactions and a social experience of the moving building.

project statement The project is a satellite campus for Marshall School of Business and is present in the historic art district of downtown Los Angeles on the intersection of 8th and Broadway. The site shares two of its sides with the adjacent structures. The geometry represents pockets merging onto one another to create an interactive neighborhood of community with students to encourage social interactions and communication of ideas.

The programs are distributed around the open pockets serve a mix of educational and community programs. The different spaces generate a silhoutte of activities to give an expression of internal neighborhood. 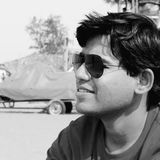