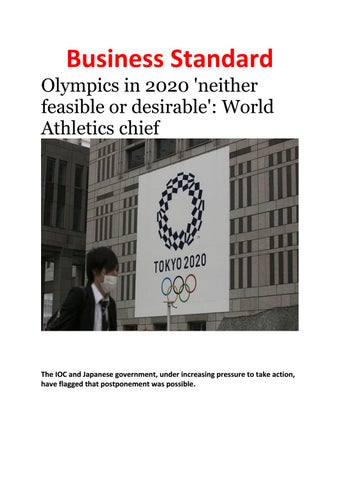 The IOC and Japanese government, under increasing pressure to take action, have flagged that postponement was possible.

World Athletics chief Sebastian Coe has written a letter to International Olympic Committee (IOC) president Thomas Bach, calling in postponement of Tokyo Olympic Games amid the ongoing coronavirus pandemic. In his letter, Coe has said that an Olympics in July 2020 is "neither feasible or desirable" because of the coronavirus crisis, reports BBC Sport. "No-one wants to see the Olympic Games postponed but as I have said publicly, we cannot hold the event at all costs, certainly not at the cost of athlete safety, and a decision on the Olympic Games must become very obvious very quickly. "I believe that time has come and we owe it to our athletes to give them respite where we can," the letter stated. The Tokyo Games are due to start from July 24 but the rising concern over the spread of coronavirus and the havoc it has wreaked on the qualification calendar has led to questions being raised on whether the organisers can go through with the scheduled date. ALSO READ: Olympics-Tokyo 2020 Games will be postponed: IOC member Dick Pound The IOC and Japanese government, under increasing pressure to take action, have flagged that postponement was possible. IOC has stated that postponing the 2020 Olympics is one option amid the worldwide coronavirus pandemic, although it added that cancelling the Games altogether is "not on the agenda. Bach, in an open letter to athletes around the world, said a decision on when to hold the Games would be made "within the next four weeks". Canada has already announced that they will not send their athletes to the Tokyo Olympics and Paralympic Games due to the COVID-19 which has claimed over 14,000 lives across the world. 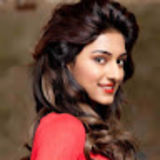