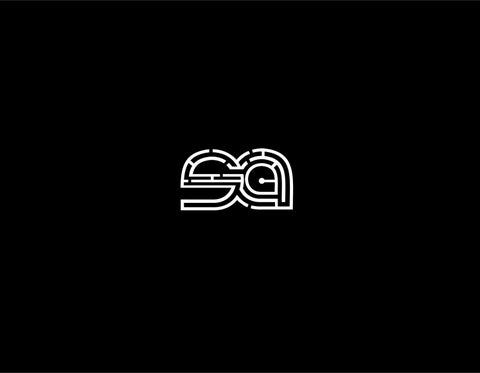 SHELTER FOR THE INDIGENOUS YOUTH

In the summer of 2019, I had the opportunity of traveling to Europe to study about European city planning in Germany and France. Professor Y. T. Leong mentioned how Europeans had used courtyards for natural ventilation as well as being places of interaction. The cities that we visited were Frankfurt, Munich, Berlin, and Paris with our design of multi-use residential complex being situated along the Ostend river in Frankfurt. The key relationship that these cities had in terms of planning were how pedestrian friendly they were. Streets would compress and expand and were seamlessly integrated into courtyards and plazas. The aim for this project was to capture that compression and expansion as well as have a building that would push for sustainability in terms of aggressive planting.

PROJECT MANIFESTO One of the most important things before designing is predominantly getting a feel of the site and its surrounding context. With Frankfurt, that may be a little bit difficult. Frankfurt was a city rebuilt from the ravages of war. A portion of the city was rebuilt exactly the way it was before the war. The city is in a state of transition from maintaining its heritage, to fully transitioning into something more urban and metropolitan. The question is to whether preserve the cityâ&#x20AC;&#x2122;s historical planning, or fully embrace the future of urban density and the need of skyscrapers. When I experienced the streets of European cities, one thing that I noticed was that there was always a feeling of unexpectedness. There was always this urge to meander off the given path and explore a corner on the street that was creeping through. It was then where I was treated to a courtyard, a pond with a floating house or a alleyway filled with colorful umbrellas. These were instances that are quite rare to find in a North American city or at least in a city where the primary mode of transport is through a car. However, the cityâ&#x20AC;&#x2122;s transition I fear, may forget about these moments and the experience of not knowing what lies ahead. During the interim presentations for this project, The German students had all designed skyscrapers encompassing a quarter of the site. For the most part, a majority of the plans had little to no variation, similarly to a standard high rise. I knew that for this project, I did not want to sacrifice the feeling of wandering through European city streets and to at least try to preserve that in any way I can. While the city is in a state of transition, looking for the inspiration for the form and feel of the complex was quite

simple. The Ostend region is a Brownfield site with an abandoned factory. Towards the east lies a shipyard and right across the site, are examples of residential buildings which are not afraid to be playful. The site is landlocked by the three bridges. These were the three main elements which I focused on when developing my design. The final result was something that resembled Habitat 67, and the upcoming King St West project. The bridging occurs on the Southeast and the Northwest portion of the design and the corrugated metal cladding was inspired by the containers of the East. The randomness of the push and pull of the units were in response to two things. One was the position of the site. Most of the daylight occurs East, South, and West but the waterfront is positioned towards the North. By following a 3.5m by 3.5m grid rotated 45 degrees, this allowed the opportunity for light to come through East and West. Secondly was the difference of population in Frankfurt.

The city has two major groups, native Germans and the immigrated Turkish. In a world where multi-culturalism and immigration is increasing, I wanted to design and curate each unit. While no unit is designed exactly to curate a different culture, hopefully it does give the inhabitant the option of customizing it further and really making him/her or a family, their own. Metaphorically, the organization is chaotic, but neutral and in harmony just like much of the world is today. The same could also be said for the city streets and urban planning of this continent.

The final project of ASC 401: Design Studio 3 and the culmination of studies in our second year, students were required to design a homeless youth shelter with the optional requirement of focusing on minority groups (LGBQT, First Nations, Refugees). Inspired by First Nations architecture, the shelter aims to act as a bridge between two cultures. The two types of housing will be inter-mixed with common areas on all floors so that the sense of community is apparent throughout the shelter. The project was also featured at the DAS Year End Show of 2018.

The final project of ASC 620: Integration Studio II saw students team up with a partner and design a satellite campus for OCAD University in the Lower Junction Triangle. The site was heavily industrial with factories and distilleries. The idea for our project was to create a campus that retain the industrial essence of the site but also showcase the creative ingenuity that represented OCAD. This was done through the sweeping facade of aluminium fins which would shield the studios from the western sun. The facade drapes down to reveal the student gallery which can be seen from pedestrians walking by, which furthers the relationship the building has to its surrounding context. As the students progress through the years of studying here, the studios are color coded to the CMYK Color model, providing each studio with its own distinctive feel.

KTH School of Architecture proved to be very usefull in terms of not only itâ&#x20AC;&#x2122;s exterior facade but also its interior circulation which was inspired by the nucleus. The use curvature and use of corten steel inspired our facade and the free-flowing circulation served as inspiration when designing the gallery walkway below the ground floor as well as the studios.

OKE Cultural House displayed how a heavy material such as corten steel could be used in a way that is light and transparent which served as an inspiration to our facade. The sweeping steps that lead into the building also served as inspiration in regards to the urban planning of the site.

The interior of the model displays the seamless flow of the outside, the gallery space, and the lecture hall.

The final project of ASC 201: Design Studio 1 and the culmination of studies in our first year, students were required to design a mixed-use building for an author. The building included a residence, café, and bookstore. The concept behind the building stemmed from the old saying “Don’t judge a book by its cover” which is reflected in the building’s materiality. The idea was to allow for contrasting experiences throughout the building as a reader would when comparing the pages and chapters of the book to its cover. The building is organized into two parts, the residence and the café/bookstore. The café/bookstore portion has channel glass as its façade but the interior was cladded in wood, which provided a contrasting effect to the rest of the neighborhood. The effect is then reversed in the residence.

Space Age architecture is defined by using a heavy material such as concrete, into ways where it appears light and is almost defying gravity. The Oculus Pavilion is no different with its concrete disk sloping upwards towards the sky. Slipstream is a celebration of this post-modernist movement by accentuating the lightness through the use of a temporary steel frame structure with multi-colored ropes inter-weaving throughout (A technique demonstrated by Atelier YokYokâ&#x20AC;&#x2122;s Shooting Vaults installation). The structure aims to guide pedestrians inside the pavilion where it will act as a exhibitionspace.

A experiental drawing which depicts a ethereal version of the pavilion that accentuates the lighting and movement of the temporary structure.

In the summer of 2017, I participated in a DFZ project with students from the Architectural Science and Interior Design programs here at Ryerson. Our objective was to design a sign for the Clean Energy Zone that was powered by a clean energy source, to commemorate their move to 44 Gerrard Street East. I assisted with concept development and presentation preperation for meetings with the client.

For our Digital Tools Class, my partner and I were tasked with designing a garment using digital software and real-life fabrication. Our garment was designed from two-dimensional materials laser cut and woven together, creating a flexible garment. The idea was that the garment would hang differently on each user, and the solution to that was a rhomboid grid. Grasshopper allowed each polygon to have its own unique shape no two are the same - as well as unique openings in the center, creating a gradient in the garment. The wider the perforation is, the overlap of the fabric becomes more exposed, while the acrylic polygons do not have openings they do allow visibility throughout their entirety. The reason for this visibility was to expose the rhomboid grid pattern through movements. The garment is a structure where the fabric is stationary under each polygon, and allows for movement only at the connections between the tessellations. The garment has characteristics of a non-elastic fabric by draping, hanging and folding, and resembles the catenary curve. Materiality Fabric: Polygons: Connections: