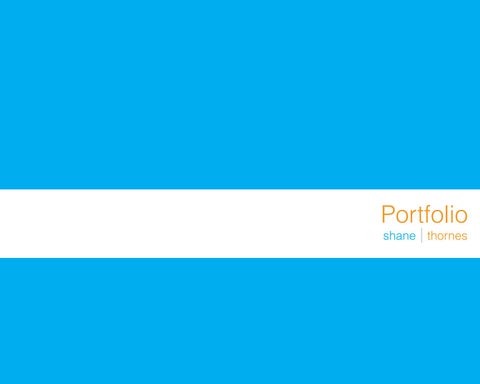 Thin Masonry Vault ▪ From Traits to Form Performance ▪ Instructor: Benjamin Ibarra Sevilla ▪ Fall 2012 The principal focus of this workshop was to study into great detail the form, structure, and history of vaulted ceilings, mainly those designed by master mason Rafael Guastavino around the turn of the 20th century. Guastavino was known for his work with tile arch systems in buildings like the Boston Public Library, Rockefeller Chapel, and the Grand Central Terminal in New York. His system was successful because it was significantly faster, cheaper, and better-looking than traditional methods of vaulting systems in the U.S. His vaulting system met load stress requirements, offered an economical fireproof option for floor systems, and produced the grand spaces envisioned by his clients.

To determine the geometry of Guastavino’s vaulted ceilings in the New York City Municipal Building, a certain drawing technique was used, seen here. By comparing the shape of a basket arch (a three-centered arch) to elliptical arches of the same span and height, it was concluded that all the barrel vaults and their intersections are of elliptical geometry, despite the non-perpendicular intersections of each barrel.

Formwork is designed and modeled for the construction of a groin vault section of Guastavinoâ&amp;#x20AC;&amp;#x2122;s ceiling. Each group prepared a model for their vault segment.

Plaster of Paris and mortar are all that is needed to construct a thin masonry vault. Our classâ&amp;#x20AC;&amp;#x2122;s 1/4 scale replica held the entire class, approximately 1 ton, without significant damage to the structure.

The sun, which governs all growth, should penetrate the interior of every dwelling, there to diffuse its rays, without which life withers and fades. ” - Le Corbusier

Precedent studies from architects such as Kengo Kuma, Tadao Ando, James Turrell, and Peter Zumthor assisted in an engaging investigation of light and its fundamental role in architecture.

Renderings gave insight about the mood of the room, and allowed me to test the effects of different building materials on this space

Above &amp; Below: Elevations of final design Right Side: Photos inside final physical model

This box builds on the idea of particlization: dissolving architecture in a way that breaks down its usual monolithic identity. By filtering light through a series of patterns, lines, and holes, it is possible to de-emphasize the solidity of architecture. Here, boundaries are blurred as prisms, crevices, and a reflecting pool abstract and filter the surrounding environment inward. Through this “particlization,” a term coined by Kengo Kuma, architecture “becomes more permeable, phenomenal, ephemeral,” and is the ultimate goal of this contemplative space.

After completing a semester-long intense individual iterative process, capturing hundreds of photos in order to address the issue of meaningful photographic representation of architecture, I incorporated feedback into a final exhibit installation, consisting of an â&amp;#x20AC;&amp;#x153;editorâ&amp;#x20AC;&amp;#x2122;s choiceâ&amp;#x20AC;? of images. A large banner (right), over eight feet tall, neatly presented pairings of images showing both the whimsical and authoritative character of architecture.

Scrutinized through various diagramming techniques (including photography, hand drawing, and hybrid techniques), a stairwell is abstracted and documented in order to more clearly understand the space and its hidden beauty.

Mimicking Nature With knowledge gained from the extensive process interpreting the geometry of Guastavino’s ceiling in New York, an independently designed bus-stop shelter was designed for the University. Here, instead of elliptical arches, equiangular spiral segments provide a strong and stable geometry similar to the shells created by the nautilus, a sea creature.

In this workshop, each student chose a precedent children’s book illustrator to study and imitate. I chose to investigate the works and styles of a childhood favorite, Virginia Lee Burton. Familiarizing myself with her style, I saw that Burton’s illustrations embodied the fun and attention to detail I have in my own work, making us a perfect match for this workshop. Combining the lively, stylized drawing methods of Burton with my own interpretation, I created a spread for our final collaborative children’s story that embodied the architectural ideas of Institution, Path, and Place.

and she was determined to get there quickly.

spacially defined path along places to a Place

Focusing on both woodworking the old-fashioned way with hand-tools and elbow grease, and the manipulation of engineered wood products with machines and digital fabrication, I developed my detail-oriented skills, including drawing, chiseling, and computer-aided design.

What does architecture mean to me? The thinking, problem solving, and design process is personally stimulating. I’ve known for years that a creative field would be best for me because of the enjoyment I get out of completing projects and tasks that can help others enjoy life in some way. Whether that enjoyment lasts for seconds or years, I smile at the thought that I can affect someone in a positive way. Architecture has the ability to bring us closer together and closer to nature. We spend so much time in buildings and interacting with the designed environment - why would we not create things that are the most attractive, efficient, healthiest, functional and most enjoyable as possible? My ideal employer would recognize me as a great well-rounded and unique individual with great artistic abilities who strives for excellence. It interests me to work for an organization that achieves great design.

A newer draft of my portfolio for Spring 2013 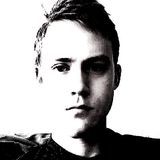