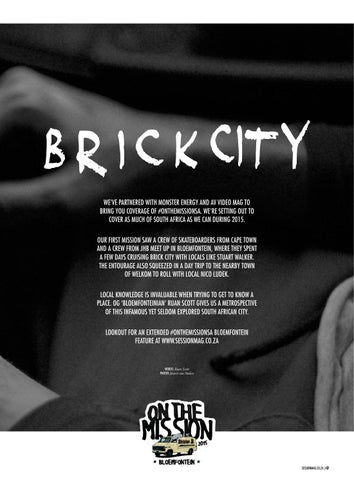 We’ve partnered with Monster Energy and AV Video Mag to bring you coverage of #OnTheMissionSA. We’re setting out to cover as much of South Africa as we can during 2015. Our first mission saw a crew of skateboarders from Cape Town and a crew from JHB meet up in Bloemfontein, where they spent a few days cruising Brick City with locals like Stuart Walker. The entourage also squeezed in a day trip to the nearby town of Welkom to roll with local Nico Ludek. Local knowledge is invaluable when trying to get to know a place. OG ‘Bloemfonteinian’ Ruan Scott gives us a metrospective of this infamous yet seldom explored South African city. Lookout for an extended #OnTheMissionSA Bloemfontein feature at www.sessionmag.co.za 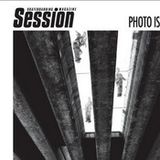