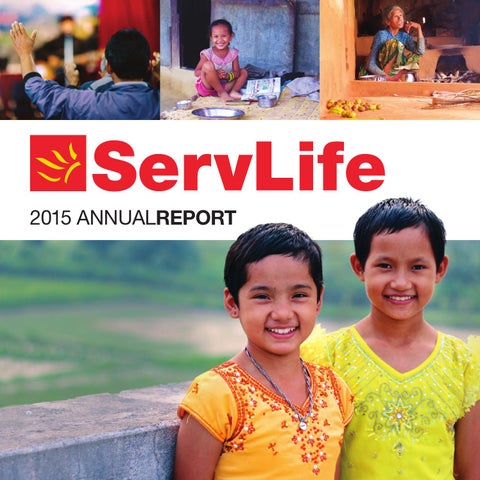 A NOTE FROM THE EXECUTIVE DIRECTOR I’m excited to share this report with you as it reflects increased growth and sustainability, but even more so as there’s a personal story behind every single number. I’ve been able to meet almost every pastor, child and family in our programs. For over a decade I’ve travelled to India and Nepal and have witnessed personal transformations, hope restored, healing, education, financial empowerment and so much more. This last year we’ve shared amazing stories about what God has done. Pastor Kamal brought earthquake relief to his village and provided 44 families with shelters. Little Sujata was given a new family on her 2nd birthday. Tulisara’s small loan has resulted in two thriving businesses. Your investment and partnership makes these success stories possible, and I’m so thankful for you. Now please join me as we celebrate all that God has done this year through our partnership. Thank you,

GlobalCommunity Being the most predominantly Hindu nations in the world, India and Nepal are difficult places to share the gospel. Despite Indiaâ&amp;#x20AC;&amp;#x2122;s rapid economic growth, women, children and low caste members often struggle against oppression. Nepal is still developing its national infrastructure, resulting in a lack of civil support that further marginalizes the poor and uneducated. For over 20 years ServLife has partnered with passionate Indian and Nepali leaders to empower the oppressed and share the hope of the Gospel.

Christians In Population of India

Christians In Population of Nepal

Yearly Growth of Christianity in Nepal*

*Nepal has the highest growth rate for Christianity in the world (reference: http://bit.ly/CGCNepal)

TransformedCommunity Your support for pastors in unreached areas of India and Nepal is transforming communities. Pastor Kanaya’s church in west Nepal is sharing the Gospel of hope with their troubled community and experiencing the life-changing effects. “[Our neighbors] are leaving their idol worship and prostitution,” He says, “they are becoming aware that a drunken lifestyle is bad for them. They are improving their lives with the help of the Gospel.” Pastor Kanaya believes that God’s love will continue to change his community.

Total Pastors Trained Since 2002 your support has trained 237 pastors to plant churches in India and Nepal. 6

Orphans Cared For In Homes

Children Given An Education

RestoredFamily Thanks to your help, Sujata received a new family to love and care for her. Sujata lost her mother in their collapsing house during the Nepal Earthquake. She was only one year old. Her griefstricken father and older brother could not continue to adequately care for her. So, on her second birthday, ServLifeâ&amp;#x20AC;&amp;#x2122;s Kathmandu childrenâ&amp;#x20AC;&amp;#x2122;s home welcomed Sujata with open arms. Now, she runs the place. Her happy loving personality has completely won over everyone, and she is thriving with her restored family.

Children In Program Your provision more than doubled the number of children given care and education in the last 5 years.

BrighterFuture By funding micro-loans you are having an incredible impact. Tulisara was a farmer in remote Nepal. Her family could not even afford to send their children to school, but their lives changed when she received a small business loan to begin breeding goats. Tulisara built up the business until they could sell some of the goats and buy a sewing machine. Now, they run a tailoring shop and earn more than twice what they did before. They are able to send their children to school and save for a brighter future.

Cumulative Loans Given Your investment has empowered 90 families to fight poverty through small business loans since 2011. 10

RepairedWellbeing On April 25th, 2015 a powerful earthquake hit central Nepal. “All the houses in our village collapsed.” Pastor Kamal explains, “We can’t go back to our village because it’s very dangerous.” Your support provided long term shelters, food, and water for all 44 families in Kamal’s village, as well as relief for multiple other villages. “Before the earthquake, lots of our neighbors did not like Christians,” he told us, “but after the relief we received they have changed their minds. It has opened a way for the gospel.”

PassionateSupport We at ServLife are so thankful for our passionate supporters. You are making a difference! Landon Haffner is a great example. When 8 year-old Landon heard about the earthquake in Nepal he was very concerned. Even though his sponsored child, Sandhaya, was safe he knew others in Nepal weren’t as lucky, so he decided to do something to help. He wrote a letter asking his friends and family to support ServLife’s relief efforts. His goal was to raise $100. But he ended up raising about 10 times that!

Total Active Donors We’re so thankful to have added so many justice-driven people to our global community. 14

Volunteers Served In The Office

“A lot of people got hurt. Some Mommas and Daddas like mine aren’t going to be able to tuck their kids in bed tonight. It’s sad. So, I need your help to help Nepal’s people recover from this terrible earthquake.” - Landon’s Letter

YourContributions Your gifts are vital to changing lives in India and Nepal. Therefore, ServLife is committed to shepherding your support to achieve maximum impact overseas. The Operating Percentages graph to the left highlights that 74% of total revenue went directly to overseas work. The Program Percentages graphic shows how our national partners put your gifts to work, and the Revenue Sources graph shows where ServLife gets our support. Overall you can see that your contributions are truly making a difference.

*2015 financials are early estimates. Final financials will be posted on our Form 990 and Compilation.

Printing underwritten by a Partners Grant from Printing Partners.

Find out what your provision achieved for pastors, children, and families in 2016. 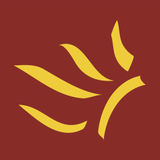