Q&amp;A WITH VUK TAX ATTORNEYS GORAN ĆIRAKOVIĆ, VUK TAX ATTORNEYS What is the most competitive advantage from the tax point of view for international companies shooting in Serbia? One of key attractions of Serbian market is favorable and business-friendly tax regime. Existing financial and tax incentives for new investments are significant, especially for large companies and projects. Most competitive advantage regarding taxation are favorable tax rates, considering they are still among lowest in Europe (Standard VAT – 20%; Reduced VAT – 10%; Corporate Profit Tax – 15%; Personal Income Tax – 10%). Besides, Serbian entities are taxed on their worldwide income, and foreign entities are taxed only on income generated in Serbia. In that respect, Serbian entities are entitled to corporate profit tax credit in Serbia for tax already paid on profit generated abroad. On the other hand, foreign entities which didn’t carry out trade of goods and services in Serbia, have opportunity under certain conditions to request VAT refund for locally purchased goods and services. Are there any other incentives or tax shelter options in Serbia that film crews could potentially benefit from? The Serbian Ministry of Economy adopted a Decree on Film Incentives in 2015. Such a move supports the Serbian economy by encouraging domestic and foreign investments in the field of audiovisual works and makes Serbia one of the most tempting filming destinations in South Eastern Europe. The incentive program provides 20% cash rebate on qualified expenditure in the Republic of Serbia for feature films, TV films, TV series, animation films and visual effects, television commercials and documentaries. The costs that are considered as qualified expenditure include goods and services purchased in Serbia, use of locations, crew payments and royalties to individuals who are Serbian residents, as well as to foreigners with at least one year residence in Serbia. Tax Treatment of Operating Losses provides that the tax loss stated in the tax return can be carried forward and offset against future profits over a period up to 5 years. Are there any special treaties or bilateral agreements related to taxation that encourage different countries to work more with Serbia? Are there any favorable agreements toward any specific territory? Serbia has already concluded a considerable number of such agreements. For purpose of avoidance of double taxation, Serbia so far has signed Double Taxation Treaties with 59 countries. In addition to this, Serbia has in place agreements with 12 countries on reciprocity for purpose of VAT refund for locally purchased goods and services. From your experience what is that international client (across any industry) appreciate the most when doing business in Serbia? Firstly, international clients appreciate highly educated, contemporary, up-to-date with technologies, and rather skilled labor force in the Republic of Serbia, with reasonable expectations in regard to earnings. Furthermore, confidence in proper treatment of foreign investors in Serbia is well constituted over the past years. Favorable geographic position is also important, owing to which Serbia is easily accessible by air, water or land and any shipment can reach any location in Europe within 24 hours. 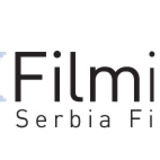