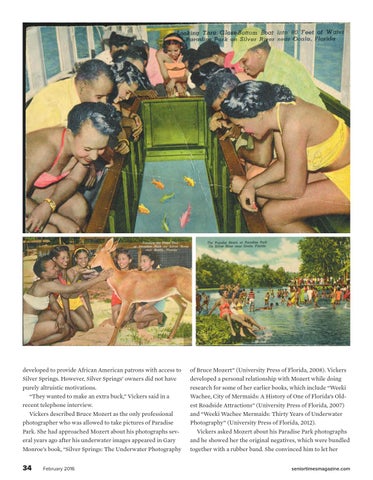 developed to provide African American patrons with access to Silver Springs. However, Silver Springs’ owners did not have purely altruistic motivations. “They wanted to make an extra buck,” Vickers said in a recent telephone interview. Vickers described Bruce Mozert as the only professional photographer who was allowed to take pictures of Paradise Park. She had approached Mozert about his photographs several years ago after his underwater images appeared in Gary Monroe’s book, “Silver Springs: The Underwater Photography