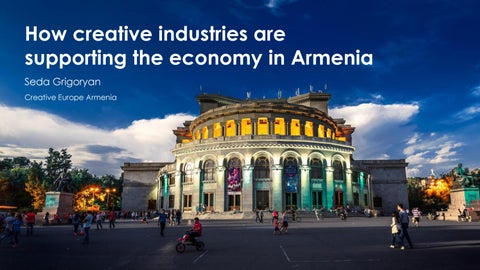 Other Funding Opportunities for CCIs and SMEs Since 2016

In 2014, cultural activities represent 3.33% to the Gross Domestic Product (GDP) in Armenia, which indicates that culture is responsible for an important part of national production, and that it helps to generate income and sustain the livelihoods of its citizens.

The analysis of distribution by cultural activities value added in GDP by cultural domains revealed the fact that the largest contribution (78%) to GDP is made by audio-visual and interactive media, taking into consideration Wired &amp; Wireless telecommunications activities. Source: UNESCO Culture for Development Indicators

Cultural Employment: 4.86% = 52,144 people (2015) Armenia’s Strategy for Cultural Policy acknowledges that the cultural field and its industries can have a significant impact on overall development, especially by providing many jobs and reaching out to social profits. Culture and cultural industries are identified in the Strategy as an “area of investment and personal development”. Source: UNESCO Culture for Development Indicators

6 out of 24 government-funded superior educational institutions (universities and institutes) offer programs in the field of culture. There are 22 vocational schools and colleges covering different aspects of cultural education

Starting from grade 8 there are no instructional hours dedicated to art.

 - does not include the value of exports - It excludes the majority of non-market products  - leaves out certain spending on cultural products that are not financed directly by households, such as design services and advertisements

Cultural Heritage as the main touristic attraction in Armenia

Role of Tourism in the Economy The total contribution of Travel &amp; Tourism to GDP was 834.1bn and is expected to grow by 8.0% to 901bn

Creative Industries and the Economy of Armenia

How creative industries are supporting the economy in Armenia 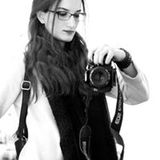