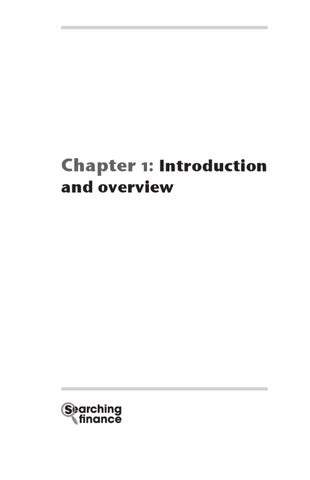     has unleashed a flood of views on what happened, why it happened, and what new regulatory measures and structures might prevent or mitigate such crises in the future.

Which bank regulators around the world have demonstrated relatively superior results in terms of regulatory outcomes; and What lessons for the future can be drawn from their experience?

After summarising the unique dimensions of the crisis and the proposed re-regulatory measures now in train, we examine three key differentiators of bank regulation agencies: ◆ ◆ ◆

Regulatory structure; Professional skills; and The political environment in which they function.

We then profiled nine case studies of national regulation to examine the drivers of such regulatory success or failure. And finally we synthesised the experts’ and our own conclusions on the likely future success of bank regulation and the key factors which are likely to determine such outcomes.

Regulatory structure      of bank regulation confirms that there is no single best deployment in a given country of the central bank, the finance ministry, a dedicated bank supervisory 6 1 : Introduction and overview

authority, or other government agencies. Each structure has failed or succeeded in different ways in relative terms during the recent crisis. Yet experience has shown that the use of multiple agencies, such as a tripartite structure, for example in Norway and the UK, requires intense collaboration and informationsharing among the agencies to succeed. Gaps and overlaps are responsible for many of the recent regulatory failures.

Professional skills    , the central bank and the finance ministry usually have the advantage of a sound macro-economic reputation and the ability to attract superior brainpower in the country, but they often lack the practical understanding of banking needed to identify and address key risk issues. On the other hand, specialist prudential agencies have the necessary contact with the banks, but often give priority to administrative oversight, consumer protection, and other tasks rather than the detection and addressing of systemic and individual risk issues.

Political environment ,      and interference with the regulatory process is a significant one in a number of markets where voters can influence the legislative process so as to defend the perceived interests of a portion of the banking system. Many observers view ‘politics’ as one of the most serious unresolved issues in effective bank regulation. The case studies profiled included those of dedicated bank supervisory entities in Canada, France, Italy, Australia, and Norway, which have emerged from the crisis with a successful track record in identifying systemic issues and taking proactive intervention measures to address these issues. The Bank of Spain is examined as a case study of success in proactive intervention 7 Effective Bank Regulation and Supervision: Lessons from the Financial Crisis

with regard to the adequacy of loss reserves and accounting for off-balance sheet units. Case studies of bank regulation in the US, Germany and the UK demonstrate the issues of regulatory gaps, dilution of focus on risk assessment, and political intervention in the regulatory process. As for the outlook for bank regulation, our sources generally agreed that future crises are inevitable. The unpredictability of the source of future systemic problems, the frequent influence of politics in the process, and the track record of actually implementing the long-established supervisory responsibility incorporated in Pillar  of the current Basel framework all point to the conclusion that bank regulation can only be expected to mitigate, not prevent, future banking problems.

Steps for improving regulatory effectiveness     has pointed up a number of steps which can improve regulatory effectiveness in the future. Improved collaboration among multiple regulatory agencies is one. Another is the emphasis on systemic and individual bank risk assessment as the central mission of such regulation, rather than consumer protection or administrative tasks. Most of our sources concur in the primacy of simple ‘oldfashioned’ measures such as focus on a few key metrics like capital adequacy and liquidity, as well as the importance of inspection, close contact between bank CEOs and their regulatory counterparts, and, most difficult of all, proactive intervention by the regulator if needed. On the other hand, there is less confidence in the structural measures recently proposed to limit the size and profile of banks. as well as the limitation of bonuses. In brief, the issues of regulatory structure and adequacy of professional skills can be addressed with relative ease by a 8 1 : Introduction and overview

determined agency, while that of political interference in a democratic environment can perhaps only be dealt with by improving the public’s confidence in the regulatory mechanism as a parallel with the trust in the macro-economic management in many countries over the past few decades.

Research objective and methodology      is to spotlight best practice in banking regulation in the context of the – financial crisis, based on the on-the-ground experience of senior and experienced regulators, bankers, academics, management consultants, bank analysts and rating agencies. To the extent possible with such a sensitive topic, interview material is attributed to the source involved, but understandably much of it is provided off the record and anonymously. Every effort was made to obtain an interview sample with a rough balance in geographic and functional terms, as well as type of institution involved. Of necessity, given the profile of the crisis, there is heavy reliance on sources from North America and Europe. Several questions formed the core of our interview approach: ◆

Can you suggest examples of successful approaches and initiatives of individual national regulators which might be relevant in a wider context? What are the critical dimensions of a successful national bank regulator, such as structure, quality of professional staff, and the ability to take a stand independent of public opinion? What can we learn from the mistakes made? How successful do you believe the suggested approach of macro-prudential regulation will be in practice in terms of preventing or mitigating future major financial crises? 9

Effective Bank Regulation and Supervision: Lessons from the Financial Crisis

Can one identify general principles of success which should inform regulatory agencies? How have such critical issues of regulatory structure, adequacy of professional skills, and preserving independence of action been successfully addressed?

The balance of the book consists of the following chapters. For those interested in the evolution and significance of the recent crisis, Chapter  provides a brief summary of its highlights. Our focus is on those significant developments which were not anticipated and are therefore of particular interest to regulators aiming to improve their performance in the future. We have relied in particular on a summary of the key failures of bank regulation and supervision provided by the highly regarded analysts at the Credit Sights agency. Chapter  summarises the suggested best practice in bank regulation as articulated recently at three levels: global (by the Basel Committee); regional (by the EU’s Committee on Banking Supervision); and national (as outlined by Ben Bernanke of the US Federal Reserve Board). This approach is commonly termed ‘macro-prudential’ (essentially, extending the traditional focus on an individual bank to broader, or systemic, developments across the banking sector) as a parallel with the macroeconomic stance of central bankers which focuses on systemic issues. It is contrasted with Pillar  of the existing Basel II structure which describes the role of supervisory agencies in dealing with systemic issues. Chapter  is the first of three designed to analyse individual issues using the input from our interview series and other material. The chapter addresses the basic issue of institutional structure by evaluating the choice of single vs. multiple agencies, problems of communication among agencies, and the relative merits of the role of the central bank or other agency as a bank regulator. The chapter also discusses the relative role of regula10 1 : Introduction and overview

tion (making the rules) as opposed to supervision (enforcing the rules) as a possible issue in effectiveness. Chapter  deals with the issue of professional skills. We record the views of our interview sample on the subjects of the relative skills needed for success in bank regulation and supervision, the mandate given to regulators and supervisors, the availability of such skills, and the best means of ensuring access to the limited pool of relevant talent. Our analysis of critical success factors in bank regulation concludes in Chapter  with a discussion of the issue of dealing with political opposition to regulatory action. Each national market differs from its peers in a number of dimensions, and so-called ‘politics’ has been a major national differentiator. We discuss the drivers of success – and failure – in this critical dimension. Chapter  profiles as case studies a number of national markets or agencies and their relative success in dealing with the regulatory challenge. Several of these markets and agencies have been selected as relative success stories by our interviewees; others have emerged from our own analysis as interesting role models, and a few others have been selected as agencies or national structures which have been subjected to particular criticism during the crisis. The selection is not designed to be a league table of regulatory success or failure. Our intent is rather to highlight the critical success factors described in the preceding three chapters. The views of our interviewees on the likely course of bank regulation in the future are detailed in Chapter . A particular focus is placed on the possible success of macro-prudential regulation in addressing systemic issues in the future. Chapter  concludes with our own views on the outlook for successful bank regulation.

11 Effective Bank Regulation and Supervision: Lessons from the Financial Crisis

13 Effective Bank Regulation and Supervision: Lessons from the Financial Crisis Summary of: Effective Bank Regulation and Supervision: Lessons from the Financial Crisis

A new and unique insider view of what actually works, what ought to work, what prevents it from working, and what needs to be done about it...

Summary of: Effective Bank Regulation and Supervision: Lessons from the Financial Crisis

A new and unique insider view of what actually works, what ought to work, what prevents it from working, and what needs to be done about it...