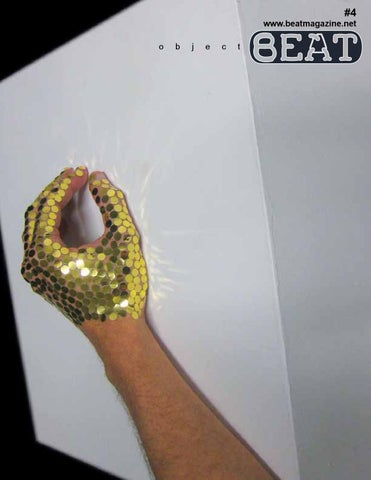 by team of new map of Tbilisi www.newmapoftbilisi.org

It was a hot summer day when I had my day off early and decided to go with my family to swim. We love swimming in nature. We drove first to Tutrtle, I worship its beautiful and its relaxing landscape, but we discovered that the beach turned into a country club. We didn’t have a membership card, too expensive for us. We have decided to continue to Sea. There, we have encounter a huge private resort full with foreigners, we felt outsiders. We also got a little bit scared from this gigantic fountain in the middle of the lake…We’ve continued to Lisi. There we have discovered that the waterfront is not accessible at all. Lines of private villas blocked it.

My family and myself returned all dried-out home. We didn’t find a place to swim in this hot summer day.

I was writing since I remember myself, describing what I see. For years, I kept all my stories in a locked drawers, scared to be prosecuted by the Soviets and then the perestroika hit like a dream, freed my talent and me. I love and cherish my freedom -of speech!

However, recently some incidents around the city reminded me of some old dark times. I cannot understand why a foreign real estate development company, Rakeen, is buying a TV channel. I also donâ&amp;#x20AC;&amp;#x2122;t comprehend why such a big, panopticon like, police station is being built in front of my office window.

President Mikheil Saakashvili used Rakeen, a developer owned by the Gulf emirate of Ras al-Khaimah, to take over a television station known for news coverage critical of his government, a former prime minister said.

We fell in love in nature, we celebrate this love in every opportunity we have. For us the botanic gardens, the aroma, its density and intensity makes us appreciate our city and the beauty it offers us, -so much. We have a special place, on the upper parts of the garden, away from the city noise. It is such a pastoral flash. Nowadays, we have discovered that our spot is going to be ruined by a view of a huge construction site. A densely populated, mainly by foreign people, gated community, is being built here. We are afraid that the botanic garden will never be the same, at least not for us: the construction site, the dust, the noise and smells – exactly what we’ve tried to escape from… Tbilisi Heights

Parts of the century old Tbilisi’s botanical gardens have been sold, and will be transformed into a gated community.

We are old friends, coming from old farmers families. We used to always compete, who had better nuts and who had the best spot in town to sale them. He used to have a large stand on colmeurneoba bazaar and I had one in the desertir bazaar. We use to be proud; my nuts are bigger and testier. Once, we argued the whole day –with whose nuts you get a better sacivi or baje beter… we were so arrogant. Now, look at us, our stands and pride have been replaced by ICI PARIS and other chic shops and malls, while we are standing in the middle of a traffic-jam, these dam HUV’s… selling our products in the middle of the road. We don’t care who’s nuts are bigger and better, but just surviving this crazy traffic and see the end of the day... fff…these dame HUV’s…

Traditional markets are being replaced by shopping malls, all over the city. Farmers are forced to sale their products on roads and sidewalks.

I work at the zoo for couple of years now. Taking care of the Elephants, such a sweet animal. I do my best, like the other workers, to keep the animals happy under captivity and I think we are doing a good job. After all, our Zoo is our pride. Every important city in the West owns a Zoo and this one is ours. Recently, I heard disturbing news, not just for me, but mainly for these poor animals. Our Zoo is going to be replaced by a new highway (this dam HUV’s – see object 4). Poor animals, where would they go? The transition will be devastating and traumatic for all of them. They displace now animals as they displace people (see all objects)…I hope we will go closer to the botanic gardens (see object 3).

The Tbilisi Zoo is going to be removed due to the construction of a new highway.

Is that true that USAID money ,which was given to our government to help us, the displaced population, has been given to the HYATT hotel chain?

After the armed conflict with Russia in August 2008, $176 million of US aid money was earmarked for loans to businesses - including $30 million to the Park Hyatt

I am working as a taxi driver for more than 10 years. This year was the worst! Except, of all these dam HUV’s… I woke up one morning and discovered that the direction of the traffic was changed. Its like asking me, a proud Georgian driver, to start talking Korean…I don’t know how to drive anymore… a central triangle, what does it means? And its not even necessary.

Tbilisi officials spent $15,000 to create the Traffic Triangle, new rules of traffic movement in Tbilisi. However, they started discussing the faults of the project just two weeks after it went into effect.

I have been working in this department since the first days of this administration. We do our best, want our city to look western, attract investment. However, after this couple of years with the real estate boom, I have a bad feeling. The city looks less and less like Paris and more and more like a fake business hub in the desert. I see it especially now, since I actually have the means to travel abroad and see Europe. The new buildings don’t look as pretty as we dreamed. The traffic is disastrous. The unemployment rate is depressing. What have we done? How we sold out our heritage, our authenticity…but please, my deep thoughts are not for quote…

I work in an office around the corner here. I used to come here by train every day. Now, the railroad moved away and the station transformed into another big shopping mall. I donâ&amp;#x20AC;&amp;#x2122;t understand why there is a shopping mall in every street corner. How the hell I suppose to spent money, if I can not access my work anymore.

As inevitable result of a lost train station, plans are now drawn up to reroute the railways around the city. How the millions of workers, who are needed to fill the offices planned for this area, are to ever reach their workplaces remains an open question.

For years, I have been a loyal fan of Angelina Jolie and all her humanitarian work, and recently, I also joined the Brad Pitt fan club. It gave me hope and a glimpse of glamour. I am an IDP from Abkhazia and my family used to live in the Iberia hotel in Tbilisi. It was a small room, but very cozy and we kind of got used to it. However, I have discovered that Bradâ&amp;#x20AC;&amp;#x2122;s good friendchitects, graftlab, are designing the Radissonâ&amp;#x20AC;&amp;#x2122;s hotels in Georgia. I resigned the fan club. How can it be that the architects of my favorite humanitarian family in the world are working with the cruelest, ruthless company around here. They kicked us out by force, humiliated us and even brought a cousin of mine to put himself on fire in front of the city hall (not in Tbilisi). They killed what has left from his dignity, his prideâ&amp;#x20AC;Ś

In the Iveria hotel, the deadline to evacuate the rooms was set for August 20st. Each family got in return a compensation of 7,000 dollars. But some families chose to break the silence and to denounce it as second Abkhazia with regards to the imposed conditions of their moving. 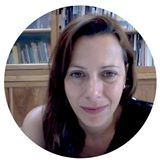