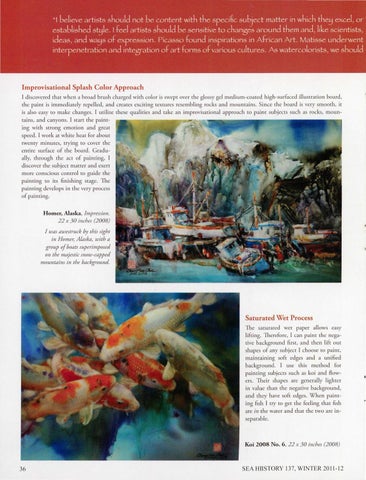 "I believe artists should not be content with the specihc su~ect matter in which the~ excel, or

established st~le. I feel artists should be sensitive to changes around them and, like scientists, ideas, and wa~s of expression. Picasso found inspirations in African Art. Matisse underwent interpenetration and integration of art forms of various cultures. As watercolorists, we should

I was awestruck by this sight in H omer, Alaska, with a group of boats superimposed on the majestic snow-capp ed mountains in the background.