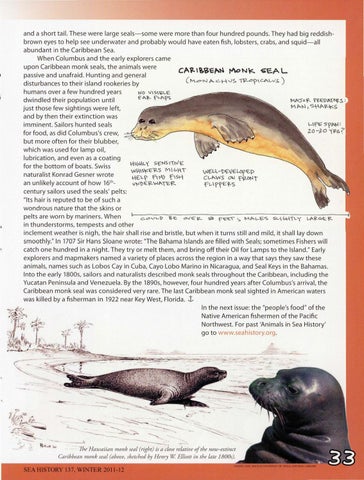 1he Hawaiian monk seal (right) is a close relative of the now-extinct Caribbean monk seal (above, sketched by Henry W Elliott in the late 1800s).