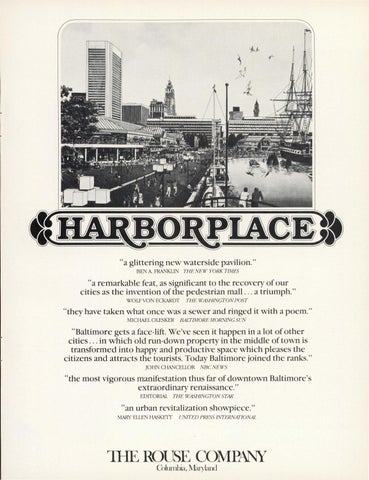 "a remarkable feat, as significant to the recovery of our cities as the invention of the pedestrian mall ... a triumph." WOLF YON ECKARDT

"they have taken what once was a sewer and ringed it with a poem." MICHAEL OLES KER

"Baltimore gets a face-lift. We've seen it happen in a lot of other cities ... in which old run-down property in the middle of town is transformed into happy and productive space which pleases the citizens and attracts the tourists. Today Baltimore joined the ranks." JOHN CHANCELLOR