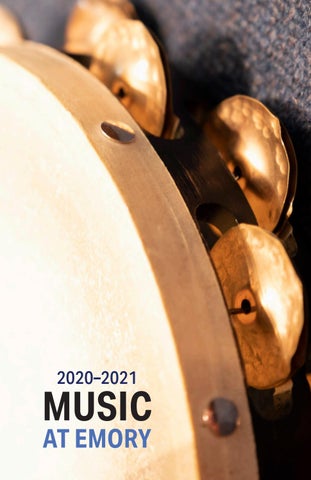 Paul Bhasin, conductor Paul Bhasin serves on the faculty of Emory as director of orchestral studies. He conducts the Emory University Symphony Orchestra and the Emory Youth Symphony Orchestra, and he teaches conducting. Praised for his crisp, clear conducting and highly expressive interpretations, Bhasin has led a variety of university, youth, and professional ensembles throughout North America and abroad, including performances at the Kennedy Center in Washington, D.C., and throughout the People’s Republic of China. Bhasin’s guest engagements include appearances with the Virginia Symphony Orchestra, American Youth Philharmonic, Williamsburg Symphony, New Jersey Youth Symphony, and at Interlochen Arts Academy. He has also led performances as a guest conductor with members of the Richmond Symphony, National Symphony, Baltimore Symphony, and Kennedy Center Opera Orchestra. Ensembles under his direction have collaborated with soloists from the San Francisco Symphony, Atlanta Symphony, and Richmond Symphony. He has led honor orchestras and served as a guest orchestral clinician throughout the United States, and presented at national conferences, including the Midwest Orchestra Clinic and the National Music Teachers Association Conference. An avid proponent of chamber music, Bhasin serves as music director and conductor of the Atlanta Chamber Music Festival. He studied chamber music under the Bogomolny Award–winning American Brass Quintet (Aspen/Juilliard) and the Naumberg Award–winning Empire Brass (Tanglewood). He has performed as a chamber musician on WFMT in Chicago, Detroit PBS-TV, at universities and festivals across the United States, and with members of the Metropolitan Opera Orchestra in New York. His chamber music program development experience includes work with Chicago’s Music Integration Project, the Chicago Symphony Orchestra’s Musicorps program, and residency development with both the Grammy– winning sextet Eighth Blackbird and Percussion Group Cincinnati. Bhasin is an accomplished orchestral trumpeter, having performed and recorded with the Virginia Symphony and Opera, Columbus (Ohio) Symphony, New World Symphony, the Civic Orchestra of Chicago, and at the music festivals of Aspen, Tanglewood, and Ravinia. With these institutions, he has performed under the batons of Michael Tilson Thomas, James Conlon, James DePriest, and Gustav Meier, among others, and participated 5

in the conductor training program at Aspen under David Zinman and Murry Sidlin. Bhasin is also a committed trumpet teacher. His students have attended prestigious conservatories and music schools and have won first prize at major competitions, including the National Trumpet Competition. He has been featured as a soloist on National Public Radio, Detroit PBS-TV, the International Computer Music Conference, at the Chautauqua Music Festival, and at the International Dvořák Festival (Prague). Bhasin has recorded as trumpeter and conductor for both the Centaur and Interscope record labels. His 2015 Centaur Records release features the “What I love about our students music of Brian Hulse and is they aren’t afraid to take risks. is performed by principal That makes them fantastic soloists from the Richmond performers, but allows them and Virginia symphonies. A forthcoming CD project with to be incredible in whatever Centaur will feature Atlanta discipline they choose.” Symphony Orchestra principals —Paul Bhasin as concert soloists with Emory ensembles. Bhasin’s transcriptions and arrangements are published by Balquhidder Music and have been performed and commissioned in the United States and abroad by the St. Louis Opera Theater, Grand Tetons Festival Orchestra, La Unió Musical l’Horta de Sant Marcel·lí (Valencia, Spain), and the Washington (DC) Symphonic Brass. In 2015, Bhasin composed and conducted the orchestral score to 9/23 Films’ motion picture HOGTOWN (award-winner at the Berlin, Los Angeles, and Nashville International Black film festivals). Michael Phillips of the Chicago Sun-Times writes that the film was “ . . . scored beautifully by composer Paul Bhasin . . . better than the entirety of the last few features I’ve seen, period.” In 2016, reviewer Ben Kenigsberg of the New York Times named the film a Critic’s Pick and one of the Top 10 Films of 2016. Bhasin’s previous appointments include positions at the University of Wisconsin-Green Bay, Triton College, and the College of William & Mary. He received his musical education from the University of Wisconsin-Madison, Northwestern University, and the University of Michigan.

Members of the Emory Big Band come together to perform this virtual concert featuring tunes by Kris Berg, Joe Henderson, Freddie Hubbard, and Mike Tomaro. Also featured are works performed by breakout groups of a saxophone quintet and a trombone quartet.