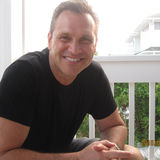 To Scott William Hartman, whose father served in the Army and whose grandfather fought in WWII, his position as New York State Chairman of the World War II Salute Organization is one he takes seriously. The philanthropist believes the nonprofit, which is working to arrange a state funeral for the last WWII Medal of Honor recipient, will go lengths to thank veterans. Scott fears that, one day, a generation will forget the immense sacrifices made by veterans and hopes this helps to lengthen their legacy. Scott William is the President and Founder of Advantage Business Brokers, as well as a lifelong entrepreneur and businessman. He is also a former NASCAR driver who participated in races all over the world.