They drove for hours along a straight road. The sun baked on the car roof, and her father wound down the window to rest his elbow on the metal. She noticed how his one eye was streaked with red where the wind dried his eyeball. The hot wind brought no relief, but it was better than having the window closed. The tyres hummed on the smooth N1, towns thinning out as they left Joburg behind. Her head lurched as she dozed. As the towns grew smaller and further apart, the landscape flattened and became more khaki coloured and the sky was the whitest shade of blue she had had ever seen. After many hours of driving, they stopped at a small town for lunch and her father drove up and then back down the main street, looking for a tree that would offer shade to park the car. Just when she thought they would never stop, her father spotted what he was looking for and turned off the main road into a side street where a large jacaranda tree shaded a car park. They walked back along the main road, holding hands, to where they

Powerful poetry and short stories responding to the theme of "peril". 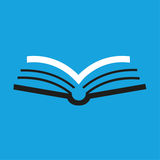