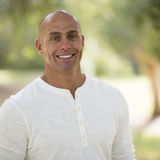 Scott Capelin is an entrepreneur, health and fitness expert, and business coach based in Sydney, Australia. After leaving the corporate world behind in his twenties, Scott became a personal trainer and, later, opened his first gym. In the two decades since, he has successfully developed, built, and sold over a dozen companies, including gyms and award-winning salons. Though he is a achiever and loves the challenge of creating a business, Scott is also a big believer in balance. As such, outside of work he spends as much time as possible with his wife and their beautiful daughters. To learn more, be sure to visit Scott's website!