We are creating a venue for the world to experience Nova Scotia culture and cuisine, here in the heart of the Annapolis Valley. Join us.

Devour! Studios: A Centre for Culinary and Cultural Innovation is a bold step forward in establishing a permanent home for the festival while creating a multi-tenant culinary and cultural hub. WATCH THE VIDEO

DEVOUR! THE FOOD FILM FEST IS AN ANNUAL celebration that since 2009 has been inviting film and food lovers from around the world to experience Nova Scotia hospitality in the picturesque Annapolis Valley. In 2019, more than 14,000 attendees took in more than 100 films and events and Devour! appeared in more than a dozen locations outside Nova Scotia from Berlin to Napa Valley. Five years ago, Ray Ivany challenged a handful of Annapolis Valley business leaders involved in the food and beverage sector to create a vision for a culinary tourism centre that would not only attract visitors to the Valley, but would be a world-class destination. Devour! accepted this challenge and Devour! Studios: A Centre for Culinary and Cultural Innovation is a bold step forward in establishing a permanent home for the festival while creating a multi-tenant culinary and cultural hub that will allow us to celebrate and nurture everything that is good about Nova Scotia’s culinary and cultural sectors. Reviving a historic former fruit distribution warehouse that has been a fixture on Wolfville’s waterfront for more than 125 years, Devour! Studios will be home to organizations that share a passion for promoting Nova Scotia food and culture. It will also be a teaching space where Nova Scotia’s up and coming chefs and the public can learn how prepare dishes using locally sourced and produced food and beverages using the facility’s commercial and demonstration kitchens. Of course, the 11,000 sq.ft. space will be the perfect place to host events ranging from concerts to workshops to conferences to some of the best kitchen parties on the planet. Wolfville is located in Mi’kma’ki, the ancestral territory of the Mi’kmaq nation so Devour! Studios will be the perfect place for Nova Scotians to celebrate the culture and cuisine of the Mi’kmaq, Acadians, and African Nova Scotians alongside the myriad cultures that make our province a destination of choice for seasoned and first-time travelers alike. The retail component of Devour! Studios will ensure visitors can take their favourite piece of Nova Scotia home with them. Devour! Studios will have a significant impact on the economy of the Valley and Nova Scotia as a whole. We invite you to learn more about Devour! Studios and to join us on our journey to create a signature destination that will match Devour! The Food Film Festival’s designation as one of our province’s signature events.

FRONT ROW DEVOUR! STUDIOS IS AN OPEN, 11,000 SQ.FT. floorplan with several exceptional assets. Once home to Peteâ&#x20AC;&#x2122;s Frootique, existing commercial kitchen space will be upgraded and expanded to include a multimedia-ready demonstration kitchen designed specifically to host large events and intimate workshops. Unobstructed views of the Minas Basin and Cape Blomidon to the north make the large assembly space one of the areaâ&#x20AC;&#x2122;s most attractive event locations. Intended to be the permanent home for Devour!, this space can host large events and performances such as the Deep Roots Music Festival and sit down dinners for 200 guests including the annual Devour! chicken dinner, where money is raised to support local foodbanks. With an emphasis on local food and beverages, Devour! Studios will be technology enabled to make it easy for food preparation demonstrations to be broadcast to live and virtual audiences. Trade shows, corporate training, and film screenings are among the many types of events that for which this space is perfectly suited.

SEATS Devour! Studios will be technology enabled to make it easy for food preparation demonstrations to be broadcast to live and virtual audiences. Devour! will partner with local food and beverage producers and organizations within Nova Scotia that promote the business of farm to table food production. Nova Scotia has a worldwide reputation for offering exceptional food and beverage experiences and Devour! Studios will become a signature destination for visitors.

NEVER, EVER, STOP LEARNING SINCE ITS INCEPTION, DEVOUR! HAS BEEN FOCUSED on collaborations with educational institutions and students. Partnerships with Acadia, NSCC, Pacific Institute of Culinary Arts in Vancouver, and George Brown College in Toronto have created hundreds of volunteer and experiential learning opportunities for students. Devour! Studios will deepen this connection through an expanded relationship with NSCCâ&#x20AC;&#x2122;s culinary and tourism and hospitality programs. Culinary instructors will be invited to build the community outreach aspects of their programs around the commercial kitchen and cold storage space in Devour! Studios. Tourism and hospitality students can become participants in event planning and execution. Numerous part-time job opportunities for students and others will arise through events and activities. Continuing adult education and specialty workshops offered by leading chefs will also be a regular feature of Devour! Studios. Devour! also intends to expand its youth-centred education programs by offering workshops and camps for children. This is particularly attractive to our local Miâ&#x20AC;&#x2122;kmaq and Acadian communities.

Partnerships with Acadia, NSCC, Pacific Institute of Culinary Arts in Vancouver, and George Brown College in Toronto have created hundreds of volunteer and experiential learning opportunities for students.

FOOD IS CULTURE & CULTURE IS FOOD WHEN HAVE YOU EVER VISITED ANYONE ON NOVA Scotia without being offered food or a beverage? The Nova Scotia kitchen party culture, where we celebrate our artists and performers, has become an iconic symbol of our culture. Devour! Studios is being developed to maximize the presentation and preservation of this culture. The historic fruit warehouse transports guests to another time. The performance stage and technology will support musicians, filmmakers, performers and culinary artists alike. Video, podcast, and recording studios, a screening room, and flexible production spaces on the lower level mean artists can book short or long term stays to complete their work. For the annual Devour! Fest and the year-round events it will host in the space, Devour! Studios will become a new “must-visit” destination. The wide-open main floor can host between 200 and 500 guests depending on the configuration. This provides our Mi’kmaq and Acadia communities with a new option for their large gatherings and community celebrations. Importantly, these cultural events will have a beneficial impact on the Town of Wolfville and the Annapolis Valley in general. Visitors to Devour! Studios will linger on Wolfville’s Main Street or visit a local winery, craft brewery, or distillery. Cultural celebrations will become part of the community, promoting inter-cultural awareness and understanding.

HOME BASE THE LOWER FLOOR OF DEVOUR! STUDIOS IS 11,000 sq.ft. of space that will become home to the permanent offices for Devour! but we have also included space for organizations with compatible interests to join us. Deep Roots, Taste of Nova Scotia, and the Winery Association of Nova Scotia would be ideal co-tenants. A common kitchen, board room, flexible meeting space and a green room for performers will be constructed. But the significant features of the lower floor will be the fully equipped suites for podcasting, video and audio editing, and film screening. Because Devour! Studios is intended to merge cuisine and culture, it is important that content producers, whether they be in film, music, video, or live recording or streaming find Devour! Studios to be a one-of-a-kind location that meets their needs. Devour! Studios is intended to become a destination of choice for Nova Scotia artists and those connected to the provinceâ&#x20AC;&#x2122;s upstream and downstream agricultural sector.

Content producers, whether they be in film, music, video, or live recording or streaming find Devour! Studios to be a one-of-a-kind location that meets their needs.

CELEBRATING NOVA SCOTIA’S BOUNTY AS A FORMER GROCERY STORE, DEVOUR! STUDIOS has retail pedigree. Inside the front door, almost 800 sq.ft. is available for a storefront retailer to promote Nova Scotia products. Ideally, this retailer will receive NSLC approval to sell beverages produces by Nova Scotia’s celebrated craft brewers and distillers and its award-winning wineries. These products could be sold alongside other Nova Scotia food and non-food items. But there are other retail opportunities as well. Devour! Studios will operate a box office where it will issue tickets and packages for its own events as well as being and an outlet for a national ticketing agency. A small café on the main floor will take advantage of the on-site commercial kitchen to serve food from a restricted menu. On the lower level, the considerable cooler and freezer space is an ideal asset that can be rented to local restaurants to augment their on-site storage space. A portion of the dry, concrete floors of the lower level can also be used by Devour! Studios to generate income from long and short-storage lockers rented to the general public. Across the hall, Devour! will partner with social enterprise agencies to offer light meals and baked goods to tourists and anyone looking for a homemade snack to eat in or take out. Devour! is proud to partner with agencies who support people from our communities.

Almost 800 sq.ft. is available for a storefront retailer to promote Nova Scotia products.

DEVOUR! STUDIOS IS A NEW AND INNOVATIVE addition to the agriculture, agri-food, cultural, and tourism sectors of the Annapolis Valley and Nova Scotia. It will attract thousands of visitors each year to experience the bounty of our province, celebrate our culture, and learn how to nourish and ourselves. There is no place like this here, yet. We invite you to be part of creating a dynamic centre for cuisine and culture that will strengthen the Devour! brand and elevate our provinceâ&#x20AC;&#x2122;s world-wide reputation. To find out more about how you can participate in this exciting opportunity, please contact Executive Director Michael Howell or Managing Director Lia Rinaldo. CAMPAIGN GOAL: $4 MILLION (PRIVATE AND GOVERNMENT) Devour! (The Slow Motion Food Film Fest Society) is a federally registered Charity in Canada Charity Registration Number 82909 4135 RR0001 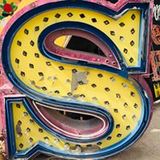