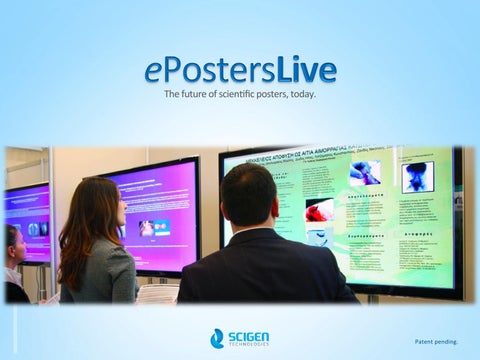 The future  of  scien.ﬁc  posters,  today.

Presenta.on of  conference  posters  in  the  Conference   Area  on  a  large  number  of  desktop  computers.

users, scien.sts  and  researchers  in  some  of  the  top  academic  and   research  ins5tu5ons  worldwide.

ePosterSubmission Electronic  submission  of  poster  within  seconds,  through  PosterGenius™   with  the  click  of  a  buJon*  or  through  a  user-­‐friendly,  Internet-­‐based   wizard  for  users  of  PowerPoint.  Instant  conﬁrma.on  of  successful   receipt.

Beneﬁts For  the  Poster  Author

All scien5ﬁc  informa5on  published  in  a  poster  session     is  preserved  on  the  Internet.   Conference  posters  become  a  point  of  reference  in  the   scien.ﬁc  literature.

Beneﬁts For  the  Professional   Conference  Organizer

Unparalleled automa5ons  impressively  reducing  the  workload  and   5me  needed  for  the  management  of  a  poster  session.     Capability  to  aJract  interested  sponsors  that  seek  new,  innova.ve   and  targeted  adver.sement  opportuni.es.   Drama5c  decrease  in  the  space  requirements  and  facility  rental   charges.

For the  Conference   Sponsors

Very ﬂexible  and  targeted,  high  quality  brand  and  product  promo5on   opportuni5es  in  the  Conference  Hall  and  on  the  Internet.

A conference  becomes  environmentally  friendly.  Both  the   monetary  cost  and  the  environmental  burden  associated  with   prin.ng,  carrying  in  tubes  and  hanging  tens,  hundreds  or  even   thousands  of  posters  is  avoided. 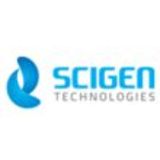 The most advanced and innovative end-to-end solution for the fully automated, electronic management of poster sessions in a scientific confe...

The most advanced and innovative end-to-end solution for the fully automated, electronic management of poster sessions in a scientific confe...