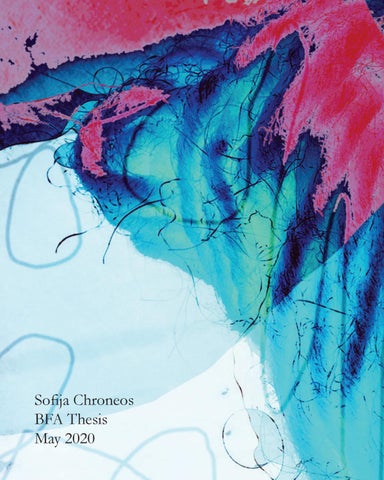 To the string, to the pine, the chair, and to the plastic for just being.

On Materiality philosophy, worms, politics and 1960s smooth soul + R&amp;B love&amp;heartbreak songs (Don’t trouble the water, cry me a river, shoo-bop shoo-bop, and my heart went do dat da dadaum da dat da) The human, the not-so-human, living but not human, and not quite alive yet living “It is never we who affirm or deny something of a thing; It is the thing itself that affirms or denies something of itself in us.” Baruch Spinoza, Short Treatise II In her book Vibrant Matter: A Political Ecology of Things, political theorist Jane Bennett argues for a recognition of the agency, or the active participation of, nonhuman forces. Bennett theorizes a “vital materiality” existing through all things, whether living, nonliving, human or nonhuman. Essentially, agency takes part in both the human and the natural world, in anything from stem cells, to metal, trash, landfills, fish oils, and to worms. To not only acknowledge but to understand the “vitality of matter” is an essential political act, according to Bennett. Recognizing the role of the nonhuman decentralizes our (human) bodies in relation to any thing (also bodies), visible or invisible, tangible or not. All of these bodies are social bodies, according to vital materialism. Bennett emphasizes the existence of infinite assemblages, or relationships between bodies (human, nonhuman, living or not), that make up infinite systems performing intricately enmeshed functions. To humans, these systems appear to have a hierarchy, depending on what physical matter we choose to take into our own hands. This “matter” is what humans choose to manipulate to achieve human goals. In Chapter 7, “Political Ecologies”, Bennett writes of the agency of worms. Using “worm stories” told by Charles Darwin, Bennett explains that “worms, or electricity, or various gadgets, or fats, or metals, or stem cells, are actants, or what Darwin calls ‘small agencies,’ that, when in the right confederation with other physical and physiological bodies, can make big things happen (94).” Darwin spent hours observing the habits of worms, and ultimately concluded that worms, like humans, have the intelligence to pursue specific decisions (96). In their underground and aboveground workings, worms adjust their technique “to a particular situation and its set of possibilities (96)”, and sometimes override certain physiological responses. Like humans, the actions of worms “are neither an expression of divine purpose nor reducible to an unvarying mechanical instinct (97).” And these actions invariably allow humanity as we know it to exist, considering the essential role that worms play in ecology. It was tenacious observation that allowed for the making the invisible (worms) visible, and led Darwin to come to these conclusions. Bennett writes that the ecologies, the “systems” of organisms such as worms are on par with the human public, and human politics.

To back her claims, Bennett focuses on several philosophers, including Jacques Rancière, who: chooses to define what counts as political by what effect is generated: a political act not only disrupts, it disrupts in such a way as to change radically what people can “see”: it repartitions the sensible; it overthrows the regime of the perceptible. Here again the political gate is opened enough for nonhumans (dead rats, bottle caps, gadgets, fire, electricity, berries, metal) to slip through, for they also have the power to startle and provoke a gestalt shift in perception: what was trash becomes things, what an instrument becomes a participant, what was foodstuff becomes agent, what was adamantine becomes intensity. We see how an animal, plant mineral, or artifact can sometimes catalyze a public, and we might then see how to devise more effective (experimental) tactics for enhancing or weakening that public. It feels dangerous to leave the gate open, for it renders many conceptual, moral, and psychological possessions exposed and vulnerable. It seems safer to figure eruptive events as “argumentative utterances (107). Bennett then calls for a “loosening” of the tie between participation and human (anthropocentric) language use in democratic systems, including nonhuman agencies as part of our world’s function, asking questions such as: “Did the typical American diet play any role in engendering the widespread susceptibility to propaganda leading up to the invasion of Iraq? Do sand storms make a difference to the spread of so-called sectarian violence? Does mercury help enact autism? In what ways does the effect on sensibility of a video game exceed the intentions of its designers and users? Can a hurricane bring down a president? Can HIV mobilize homophobia or an evangelical revival? Can an avian virus jump from birds to humans and create havoc for systems of health care and international trade and travel (107)?” In regard to the last question, we know the answer all too well. A virus transmitted by bat, and a possible other animal host, all nonhuman actants, have undoubtedly shifted human social and cultural functioning. We have shifted our world in response to the terrifyingly invisible.

So how could humans not consider matter, whether it be worm, bat, viral, or mechanical, to be a part of our, human, political functioning? How could an unprecedented and deadly virus not completely dismantle our anthropocentric sense of hierarchy? Then again, this disrupts our sense of “stability” and “normalcy” with which we grasp onto for meaning in our daily lives. This fear of unpredictability likely contributes to what Bennett describes as a kind of “prejudice” against “a (nonhuman) multitude misrecognized a context, constraint or tool (108).” She writes, “A vital materialist theory of democracy seeks to transform the divide between speaking subjects and mute objects onto a set of differential tendencies and variable capacities (108).” As visual artists, we muse over our role within the ruptures as well as within synthesis of human and nonhuman interactivity. It is typically our practice to digest the visible (though not exclusively), and produce more visuals through material means. Our practices consist of the study of material/human human/material interplay. We take on a certain intellectual and undeniably anthropocentric role within that exchange because we [I] are the artist, the intellectual being. The material is to be manipulated to render what we [I] had envisioned. It is made to look a certain way, to take on an aura, and a vitality. Art, not fully but largely, is understood to be an aesthetic, visual manifestation of some thing. And in the context of vital materialism, the question is, how do these materials or these things become actants in the systems that produced them? Or does the exchange simply end when the artist- the human- decides it has ended? This is not to point a finger towards the art economy and human habits of monetary transaction, but instead something deeper. Does something more exist? Should it? Humans and other materialisms are thus in a constant rotation, fencing match, taming and training, of power. There is no telling which one more deeply affects the other. My favorite genres of music are late-twentieth century soul, jazz, and R&amp;B, for their ability to describe the human experience not with words, but with syllables (of which I am sure there is a history I have yet to learn). But the experience of falling in love described as “do dat da dadada da dat da” when placed in exchange with a chorus of violins? There is no simpler a way to explain a human-human experience, otherwise full of complexity. Yet, these songs, to me, transcend into a nonhuman realm as well. There’s something pure about them—the fact that they do not need language, but still use it, wax and wane with their use of repetitive instrumentals, speaks to the simple ceaselessness of being.

We in fact crave what is simple. Because nothing feels worse than an utter lack of control, a lack of digestibility. This same sentiment applies to viewing and experiencing art. I am trying and struggling to remember what the positive side of unpredictability can be: maybe falling for a stranger out of the blue or coming across a drug that happens to save your life even if you are inches from death. These feel few and far between the destruction, not manufactured or intentionally created, but accidentally made available when human and nonhuman worlds dangerously intermixed. I suppose the point of human intentionality is to counter the unpredictability we fear. The systems within systems within systems, the vital materialities, are undeniably at play. Iâ&amp;#x20AC;&amp;#x2122;m just trying to find my balance within them. Just donâ&amp;#x20AC;&amp;#x2122;t trouble the water, and maybe all will be well.

Process Layering reused materials through space has been the focus of my work. I am continually searching for materials, whether found or re-purposed, to use with limited regard to their utilitarian value. This process disrupts their origin but establishes a new place they can exist. At the same time, I do not disguise their physical qualities: a box remains a box; a piece of cloth remains a piece of cloth. In my undergraduate studio, the work was in constant ﬂux, never really beginning or ending. This continuation at times segued into installation format in a new space. My undergraduate installations were spontaneous, improvised manifestations of this material process, and were “complete” based only on the given time constraints of the moment. Highly intuitive, this work has been more akin to an attitude or disposition rather than a goal-oriented process. The work relies on my own interaction with the materials and, site-specific, the space it is contained within. It is full of contradictions—being about nothing yet everything, full of questions but offering no answers, touching upon a delicate balance between logic and play. It is non-narrative, yet does not preclude narrative interpretations. As a result, this work asks a lot of the viewer. Assuredness about one’s aesthetic sensibility and physical, optical, and spatial relationship to the work may come into question. Following the transition to online learning, I relocated to my parents’ house in Pennsylvania. Here, I established a new studio practice, using miscellaneous materials to create installations in the backyard. I developed a page on my website with documentation not only of my installations, but also collections of audio, video, notes, and sketches displaying my dedication to studying the new space and materials. Although challenging, I am glad to have jump-started my work outside of the institutional safety net. The work continues to explore the themes of my undergraduate studio practice, while taking into consideration personal circumstances within a global crisis.

As kingfishers catch fire, dragonﬂies draw ﬂame; As tumbled over rim in roundy wells Stones ring; like each tucked string tells, each hung bell’s Bow swung finds tongue to ﬂing out broad its name; Each mortal thing does one thing and the same: Deals out that being indoors each one dwells; Selves—goes itself; myself it speaks and spells, Crying, What I do is me: for that I came. – Gerard Manley Hopkins