The current basic configuration model for tall buildings was developed over a century ago. The characteristics of this model were largely determined by the elevator companies who required their product to be organized in groups such that passengers could congregate in one place, ready to identify the next available cabin. The need to support these elevator shafts lead to a central core which could then, in turn, support floor plates. Outer cladding provided the finish. This vertical model has either been radically exploited to produce great numbers of clustered towers or, in the age of the automobile, largely ignored to produce urban sprawl â&#x20AC;&#x201C; in both cases the solution is highly sub-optimal. The elevator is now seen as simply another commodity in the building process and, as such, the companies that make them have no longer been part of the discussion on how to improve things. Several years ago Schindler began research focused, not on the elevator itself, but on its utilization. This lead to the development of the discipline of Transit Management, which optimizes an individualâ&#x20AC;&#x2122;s entire journey through a building rather than a single elevator trip. Using Schindlerâ&#x20AC;&#x2122;s PORT Technology, which has been developed to implement Transit Management, the requirements that have driven building design for so long are no longer necessary. We now, therefore have the opportunity of exploring new alternatives for the urban model. These alternatives are desperately needed as, in many places, a vast population increase has led to a collapse of acceptable living conditions. This book is designed to set out some of the early research that we have undertaken. It does not have all the answers but it does attempt to provoke the debate by providing innovative solutions to the urban dilemma. We hope you will find it entertaining and stimulating, but, above all, we hope that it persuades you to get involved.

Where will people live ?

of the world’s population will live in cities in 2030

Visionary thinking is triggered by the question: â&#x20AC;&#x153;What if we can think differently to improve the quality of life in our existing and future cities ?â&#x20AC;? The imminent urban questions of space, mobility and resources are being answered by rethinking urban architectural typologies: SPIRAL TOWN tests the idea of a city based on the aspect of continuous space, UPWAY redefines the idea of mobility in the urban environment and the V-ILLAGE project multiplies the valuable green space within the city. These visionary projects are being examined as a test bed to learn and to project our belief that we need to change the common ways of architecture and urbanism. Cities are going to be the living place of the global population and therefore they need to be rethought to enhance a sustainable and human-scale urban future.

SPIRAL TOWN is a theoretical experiment to provoke new thinking about the way we design our future cities, a concept that radically transforms the city as we know it: Contrary to a traditional, concrete filled city center with suburbs and green space that surround it, SPIRAL TOWN is inverted, containing a green heart surrounded by its built environment. The structure is designed as a vertical spiral reaching around 300m in height, with a 5% grade to enable lightweight trains to circulate through the structure. Linear horizontal distances are compressed and the hazard of urban sprawl is reduced by activating the z-axis. This results in the inversion of the traditional city section: Buildings that used to be grounded and occupy valuable green space, are now hanging beneath the structure, allowing the sloping green space to become a continuous belt uniting SPIRAL TOWN. This enables green space to be generated instead of consumed by buildings.

The stacking of entire program typologies resembles a Vertical City rather than a conventional high-rise building. The primary infrastructure system (UPWAY) works on an urban scale to accomodate the people circulating through the Vertical City. Horizontal layers â&#x20AC;&#x201C; comparable to squares or marketplaces in the traditional city â&#x20AC;&#x201C; function as nodes to distribute the people by means of elevators and escalators to their final destination.

Based on the technologies of a powered roller coaster, but with the introduction of two swivel joints transforming the â&#x20AC;&#x153;thrillâ&#x20AC;? experience into that of a convenient three dimensional transit system.

What if buildings could generate public green space instead of consuming valuable open space within the urban environment? The concept aims to minimize a building’s footprint while maximizing the surface area above, especially that of the roof where green space is prioritized. The architectural starting point is an inverted pyramid-like typology. By splitting the central core and placing it along the perimeter, the structural DNA of the building is fundamentally reinterpreted: Floor slabs that used to be passive building mass now perform the role of an active part of the structural system. Horizontally suspended between the three structural cores, they prevent the core’s deflection and allow the typically necessary vertical support (columns) to be minimized. At least three interdependent “buildings” form a stable cluster. Sunlight, urban grid dimensions and alignment, views and public circulation are the driving design parameters for the basic shelf structure that allows for population growth over time. Modular, built-in housing units give the inhabitants the ability to expand over time according to their personal and or family growth and needs. The combination of a top-down strategy (construction of shelf structure) and a bottom-up strategy (population) results in a lively vertical village.

Urban life is in a continous changing condition. It could be considered as an organic system constantly testing and experimenting. The project URBAN SHELF is based on the research and findings relative to the qualities of existing urban conditions in informal settlements and their self generating social and spatial urbanism. In the highrise Torre David in Caracas, Venezuela the project redefines the way we are going to build and experience our cities. It questions the traditional roles of developers and inhabitants by implementing a user generated urbanism. The URBAN SHELF is going to be the first implementation based on the research and the visions of the Schindler Transit Management Group in real urban conditions. The project is considered as an intercultural and transnational learning platform based on knowledge transfer and interdisciplinary exchange. Implementing, testing and learning will change and improve the quality of life of the people living in our cities.

Research undertaken by the Urban Think Tank of ETH Zurichâ&#x20AC;&#x2122;s Architecture and Urban Design Department has won major awards for its insightful and brilliantly communicated examination of a unique urban environment in Venezuela. The project, which was sponsored by the Schindler Transit Management Group, dealt with the self-organised habitat produced by a group of slum-dwellers in Caracas who occupied an abandoned construction project, Torre David. The research won the extremely prestigous Golden Lion Award at 2012 Venice Architecture Biennale. A book, Torre David, Informal Vertical Communities detailing the research was named Financial Times Best Book of the Year 2012 in Architecture and Design.

The Urban Shelf URBAN SHELF is considered as a neighborhood prototype that questions the traditional division of the two disciplines of architecture and urban design. The strategy of stacking land aims to create floors and roofs, structure and infrastructure at the same time and as an open-building concept. This can grow into various spatial configurations with diverse fit-out levels in different sites. This alternative typology separates the traditional building functions and built elements in order to ensure maximal freedom, growth and flexibility creating a user generated urban neighborhood that is more process than form driven. The URBAN SHELF is populated in a bottom-up approach: former passive users turn into 3D-city makers and constantly renegotiate individual needs without the constraints of a prescribing master plan.

The Urban Shelf URBAN SHELF is considered as a neighborhood prototype that questions the traditional division of the two disciplines of architecture and urban design. The strategy of stacking land aims to create floors and roofs, structure and infrastructure. Since it is an open-building concept it can grow into various spatial configurations. INNOVATION

Organized around a communal courtyard and a spiral ramp the URBAN SHELF is fully accessible on each level by micro-mobility.

The URBAN SHELF is blurring the boundaries of architecture and urban planning. The result is a neighborhood defined by human scale and social relations.

The Flywheel within URBAN SHELF â&#x20AC;&#x201C; a new type of vehicle for the Urban Shelf ?

Collaborative research with Audi for the Audi Urban Future Award in 2014. 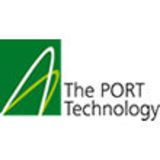