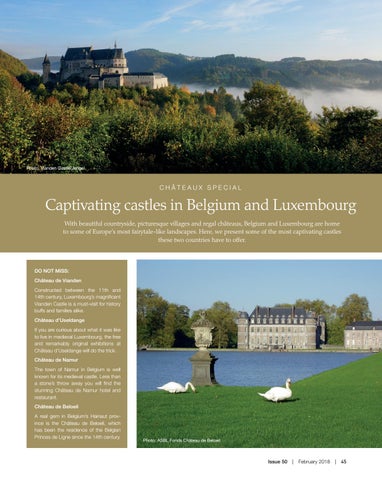 DO NOT MISS: Château de Vianden Constructed between the 11th and 14th century, Luxembourg’s magnificent Vianden Castle is a must-visit for history buffs and families alike. Château d’Useldange If you are curious about what it was like to live in medieval Luxembourg, the free and remarkably original exhibitions at Château d’Useldange will do the trick. Château de Namur The town of Namur in Belgium is well known for its medieval castle. Less than a stone’s throw away you will find the stunning Château de Namur hotel and restaurant. Château de Beloeil A real gem in Belgium’s Hainaut province is the Château de Beloeil, which has been the residence of the Belgian Princes de Ligne since the 14th century.