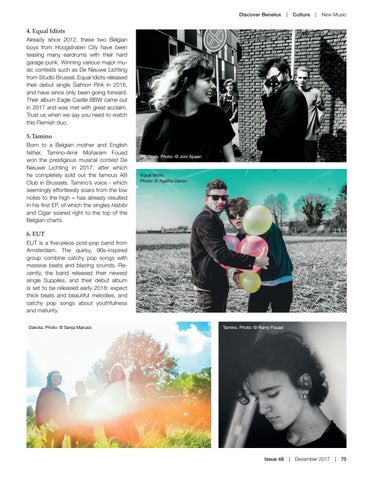 5. Tamino Born to a Belgian mother and English father, Tamino-Amir Moharam Fouad won the prestigious musical contest De Nieuwe Lichting in 2017, after which he completely sold out the famous AB Club in Brussels. Tamino’s voice - which seemingly effortlessly soars from the low notes to the high – has already resulted in his first EP, of which the singles Habibi and Cigar soared right to the top of the Belgian charts.