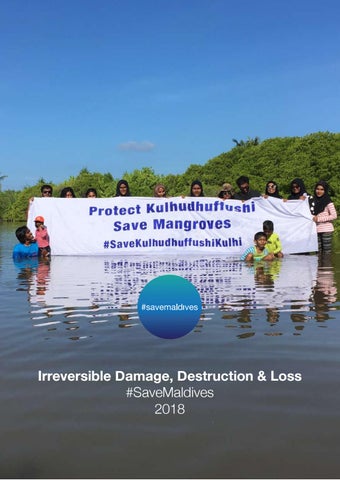 Kaashidhoo Island, Male’ Atoll The island of Kaashidhoo is a separate administrative atoll-island in Kaafu Atoll with a farming community of 1,865 residents. It is home to Kuruhinna Tharaagandu, an archaeological site dating back to pre-islamic times. Kaashidhoo is geographically separate from Kaafu atoll and is located right in the midst of Kaashidhoo Kandu - one of the biggest and roughest seas in Maldives. The reef and lagoon surrounding the island has defended it from the stormy ocean for years. However, an EIA done in 2018 suggests a third entrance channel may be dug out from the reef surrounding Kaashidhoo. The potential eﬀects of making a third channel could be devastating, especially as the island already experience storm surges during the annual rainy season. According to the EIA, due to the construction “temporary and permanent impacts will occur primarily on Kaashidhoo island reef system and coastal area.” The channel proposed by the housing ministry would be an addition to the two channels already dredged from the reef. In 2017, a channel was dredged on the southern side of the island although the island already had a functional harbor. Anecdotal evidence supported by photo evidence suggests that the purpose 17

of the dredged harbour was to facilitate access to an area where mature trees could be easily removed from the island to be transported elsewhere. The purchase of mature trees from local communities to be sold to new resort developments is also a disturbing trend. In such cases, the development process destroys existing mature vegetation in resort islands. Attempts are then made to replace these from the resources of local islands, which undermine the environmental stability of vulnerable communities. In the case of Kaashidhoo, a signiﬁcant number of tree loss had occurred, resulting in a 60 ft wide road in an area of thick vegetation and no residential dwellings. The existence of questionable EIA practices undermine the eﬀectiveness and credibility of EIAs in the prevailing context in the Maldives. Concluding an analysis of 11 EIAs, Shahida et al (2010) stated that when judged by the standards EIAs are required to comply in developed countries, “EIAs in the Maldives are seriously deﬁcient.” 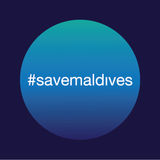 #SaveMaldives Introduction This booklet aims to paint a picture of environmental destruction in the Maldives, highlighting what we have alr...

#SaveMaldives Introduction This booklet aims to paint a picture of environmental destruction in the Maldives, highlighting what we have alr...