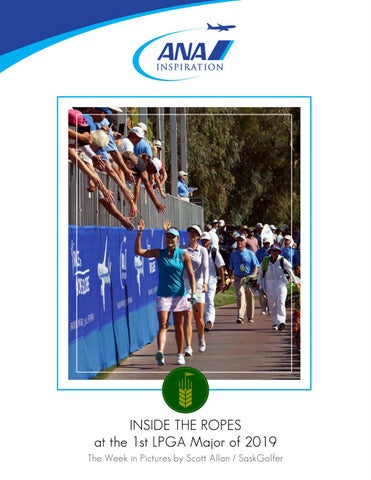 The ANA Inspiration is one of the five major championships of professional womenâ&#x20AC;&#x2122;s golf. An event of the LPGA Tour, it is held yearly at the Mission Hills Country Club in Rancho Mirage, California.

Media Days at LPGA events provide an opportunity to learn more about the players on and off the golf course. Photographs taken of the players early in the week are fun and loose. Media days are also an ideal time to take photographs of the host facilities, with the course conditions in pristine shape.

The dedicated NBC staff are visible all week at LPGA events, with Lisa Cornwell (below) interviewing the players and Jerry Foltz (bottom) covering the action on course. Katherine Kirk (right) interview.

The very approachable LPGA Commissionser took some time during the ANA Pro-Am day to chat with us about the outstanding success of the 2018 CP Womenâ&#x20AC;&#x2122;s Open in Regina, Saskatchewan. Mike Whan took the lead of the LPGA in 2010 and with his strong leadership skills has elevated the LPGA Tour to historic levels.

Inducted into the LPGA and world Golf Hall of Fame in 1999, Juli Inkster is one of the most respected golfers in history. Always appreciative of her loyal fans, Juli is a 2 time winner of the ANA Inspiration, having captured the titles in 1984 and 1989. â&#x20AC;&#x153;Captain Americaâ&#x20AC;? is well deserving of the nickname stamped on her wedges.

LPGA Player Wei-Ling Hsu and her caddie Evertte (pictured left), Alena Sharp (below) and her caddie, and Gerina Piller picking out a line with her caddie (bottom image). Opposite page, clockwise from top left; Anne Van Dam, Lexi Thompson and Brooke Henderson with their respective caddies.

Watching an LPGA event up close in person allows you to witness the many emotions the players experience during a round. Fans are provided plenty of positive memories, including the ongoing interactions between player and caddie, the casual atmosphere at the Pro-Ams and more. Lexi Thmpson (left), Brooke Henderon (below) and Lydia Ko (bottom) enjoying the weekâ&#x20AC;&#x2122;s events.

At 22 years of age, Canada’s Brooke Henderson is already one of Canada’s most accomplished athletes. Brooke was named the 2017 and 2018 Female Athlete of the Year by the Canadian Press. In November, Brooke received the Founders Award. Voted on by the LPGA Tour players, the Founders Award is given to the player “whose behaviour and deeds best exemplifies the spirit, ideals and values of the LPGA”.

One of the best working relationships we’ve seen on the golf course is LPGA Player Wei-Ling Hsu and her caddie Evertte. At the ANA Inspiration and the 2018 CP Women’s Open in Regina, Saskatchewan, where we first met them, both were more than happy to pose for some photographs.

Alena Sharp represented Canada in the 2016 Rio Olympics. At the 2018 CP Womenâ&#x20AC;&#x2122;s Open, Alena proudly supported the Humboldt Broncos tragedy by auctioning off a signed golf bag which raised considerable dollars for the families involved.

A five-time member of the U.S. Solheim Cup Team, Michelle Wie always draws a supportive gallery. With some health issues in recent years, fans are hoping the popular LPGA player can regain the form that has earned her 5 wins, including 1 major championship.

New Zealandâ&#x20AC;&#x2122;s Lydia Ko has numerous accomplishments since turning pro in 2013, including earning 15 wins on the LPGA Tour. Lydia makes sure to acknowledge young fans during rounds, making her one of the LPGAâ&#x20AC;&#x2122;s most liked players and a top draw.

Day 1 and Day 2 at the 2019 ANA Inspiration featured a fan-friendly pairing of Lexi Thompson and Lydia Ko. One of the longest hitters on the LPGA Tour, Lexi always draws a supportive crowd on both the driving range and any of the tournament rounds. Lexi has an impressive 10 wins on the LPGA Tour, including 1 major at the memorable 2014 Kraft Nabisco Championship.

During the 2019 ANA Inspiration, we spotted popular two-time major champion Ariya Jutanugarn warming up on the putting green in a unique fashion (see image below). In 2018, Ariya had one of the most dominant seasons in history on the LPGA Tour, capturing all five season-ending awards, including the Rolex Player of the Year. With sister Moriya, founded the Mo-May Golf Foundation to help underprivileged children in their native Thailand.

An inspiration to fellow LPGA Tour players, Gerina successfully returned to the Tour for the 2019 season after giving birth to a baby boy in 2018. At the 2019 ANA Inspiration, a volunteer respectfully asked Gerina to sign a picture of him and Gerina that was taken 10+ years ago at an LPGA event (Gerina with the volunteer in image below). Gerina went on to sign the photo for the dedicated volunteer and spent some time chatting with him. A memorable moment.

Congratulations to the 2019 ANA Inspiration Champion Jin Young Ko. A very deserving champion, Ko was calm enough on the 72nd tee to enjoy a laugh with her caddy (see image at right) and ultimately go on to win the ANA Championship.

CONGRATULATIONS TO THE CITY OF RANCHO MIRAGE, MISSION HILLS COUNTRY CLUB, THE LPGA TOUR AND ALL THE STAFF & VOLUNTEERS FOR A MEMORABLE 2019 ANA INSPIRATION 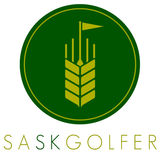