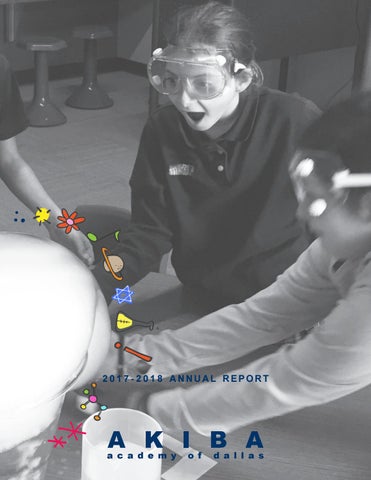 a message from the board president

Dear Akiba Supporters, First, from the bottom of my heart, I would like to take this opportunity to thank each and every one of you for making the 2017-2018 school year one of the best fundraising years in Akiba’s history. As you all know, Akiba is dedicated to feeding the minds and nourishing the souls of our precious children, and each of you have given us the means to fulfill that vision. This year 132 students relied on our help to attend Akiba, representing an 8 percent increase over the previous year. These students received that assistance because of your generosity. I am proud to announce that 580 families supported Akiba this year. This number reflects a broad base that extends well beyond Akiba’s immediate families and is a testament to our strong and growing community. There were 61 families that gave between $1,800 and $5,000, representing approximately 20 percent of our total fundraising and allowing 17 children to attend Akiba. Fourteen of our donors gave between $5,000 and $10,000, representing around 9 percent of our total fundraising, and enabling nine children to attend Akiba. And an incredible 20 donors gave $10,000 or more, constituting 62 percent of our total fundraising, thereby allowing 52 children to attend Akiba. Bravo! Each of you makes a tremendous difference, and Akiba is so very grateful. As the Torah teaches (Proverbs 4:22), “Great is Torah, for it is life to those who find it.” And as the Talmud (Sanhedrin 37a) so powerfully states, “Whoever saves a life, it is considered as if he saved an entire world.” With your support of Akiba, you have given Torah, proverbial life, to 132 students, and so, I believe, you have created infinitely many worlds. Giving is a privilege. Knowing that our gifts have helped ensure the next generation of proud and committed Jews is an immensely humbling responsibility. Let us not lose sight of the importance of our sacred task. May the Almighty bless you many times over for all of the blessings that you have given Akiba Academy. Thank you! Josh Hochschuler, Akiba Academy President

an incredible year of giving

Thank you for an outstanding 2017-2018. This was a successful fundraising year that far surpassed our goals and that made a huge impact on our students, faculty, community and campus. • 580 parents, faculty, staff, alumni, grandparents and friends gave a total of $780,800. 100 percent of the Akiba Board of Trustees, 80 percent of faculty and staff, and 75 percent of parents donated. • The Jewish Federation of Greater Dallas, one of Akiba’s most valued partners, allocated $218,700 from their 2018 Annual Campaign and provided on average a tuition subsidy of $900 per student. The Jewish Federation allocation we receive every year helps us to strengthen academics, campus life, and so much more. • We had our first Charidy campaign, a one-day giving challenge that raised $457,000 in 24 hours Thank you to our Akiba Fund chairs: Tammy and Adam Diamond, Jenny and Michael Walters, and Jennifer and Michael Winton. • This year’s annual fundraiser, Master Chef Akiba, was a tremendous event with more than 400 guests and $270,755 raised for Akiba:

• Mizvah Moment donors are transforming several classrooms into incubators for collaboration, creativity and ingenuity with new furniture and technology

• Congrats to Team Lizzy, Chefs Lizzy Rosenberg Greif ’80 and Stephanie Prescott, on their win. Thanks to all our fantastic chef teams: Liran Haviv and Aaron Pinkus, Lindsay Hochschuler and Lisa Stern Ido, and Craig Mellman ’95 and Rachel Gasc

• Adding new technology to our classrooms resulted in the creation of an Innovation Studio for lessons in STEAM (science, technology, engineering, art and math initiatives). We also added the iTalam Hebrew literacy program, and a new interactive Gemara program in Middle School. • Our B’not Sherut program once again brought two Israelis to spend a year teaching our community about Hebrew, Judaism and Israel. They infused our campus with ruach (spirit) and immersed our students in projects like an all-Hebrew “High School Musical.”

Sol and Estelle Barzunne Endowment Fund Putter-Sukenik Scholarship Fund Sandra and David Veeder Family Scholarship Harold and Leah Pollman Lecture Series Sam and Irene Kogutt Permanent Scholarship Shirley and Erven Rovinsky Scholarship Endowment Fund The Erma M. Reisberg Memorial Scholarship Fund The Rene and Jimmy Wisch Charitable Fund of the DJCF This listing is current as of 8/01/18 and reflects all gifts that were given to Akiba in 2017-2018. Akiba Academy has made every effort to ensure that this listing is accurate and complete. We regret any omissions or errors and request that any mistakes be reported to the Development Office.

Making an endowed gift to Akiba is an investment in a strong future. Endowed gifts are invested, not spent, and the distributions provide a consistent source of support.

our endowment is growing . 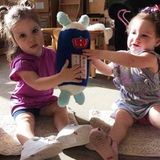 Akiba's Annual Report compiles the school's significant achievements while also recognizing the impact of our generous supporters on our stu...

Akiba's Annual Report compiles the school's significant achievements while also recognizing the impact of our generous supporters on our stu...