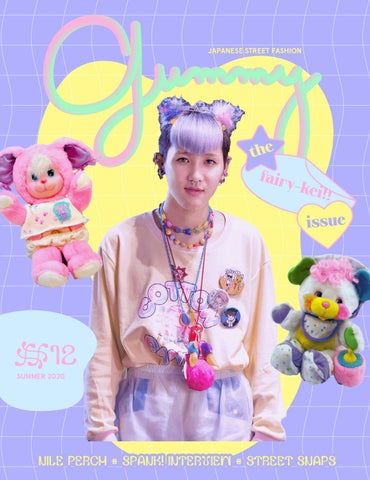 WHAT IS FAIRY KEI?

Japanese street fashion might look a little random to the untrained eye, but there are strict rules governing the almost tribal nature of the many different styles out there. What’s more, there are shops that cater to these specific genres too, which boast names like Lolita (with sub-sets such as Gothic, Sailor and even Wa Lolita), Decora and Mori. However, the look attracting a lot of attention at the moment is known as Fairy Kei. We take a look at what it takes to achieve this magical metamorphosis. Fairy Kei is a celebration of pastels and neon pastels, taking its lead from 80s cartoons such as My Little Pony, Rainbow Brite and the Care Bears. Unlike many of the other Japanese fashions, followers of Fairy Kei often make or adapt their own clothes using vintage fashion. They’ve even been known to repurpose 80s duvet covers. Its origin is attributed to the owner of a boutique called SPANK! who created the look for herself with legions of Japanese girls soon following suit. Followers of Fairy Kei can either opt for an A line look—big baggy tops teamed with pumpkin pants—short, puffy bloomers or frilled shorts. Tutus are also a favorite, but the girls like to keep themselves covered up and the Fairy Kei look has even been referred to as frumpy. As for dress length, anything goes as long as it flutters and flows. Materials are usually lightweight with oversize 80s sweatshirts or fluffy jumpers being highly sought after. Clothing is adorned with soft toys that are sewn on or turned into handbags. Colours are critical to the look: mint &amp; seafoam, lavender, baby pink, electric blue, lime green, creamsicle orange, neon orange and so on. And the motifs also need to be right­—unicorns are one of the most popular, followed by kittens, moons, stars and rainbows. Early 80s Barbie, My Little Pony and Care Bears also put in a regular appearance throughout Fairy Kei as do sweets like candy floss and Love Hearts. Fairy Kei followers are nothing if not inventive and will make their own accessories turning anything relevant from the 80s into jewellery and charms such as stickers, toys or old packaging. They’ll also use fabric paints to create fantasy scenes on just about anything. The footwear of choice is high-tops in, you guessed it, a variety of pastel shades. These are teamed with tights and legwarmers, all in pastel or glittery stripes and designs. Hair and make-up are the crowning glory. Hair colours basically reflect the colours that My Little Pony’s manes and tails used to boast, adhering to the aforementioned colour palate. Whilst some dedicated followers of Fairy Kei fashion will dare to dye their hair these shades, wigs are usually preferred as Japanese employers seem to like their staff to have hair colour natural. Whilst the accompanying make-up isn’t as extreme or rigid as some of the other Japanese street fashions, no self-respecting Fairy Kei girl would go out without a hint of marshmallow blusher plus eyeliner and false eye lashes. Nails must also adhere to the pastel palate with the addition of polka dots or rainbows or glitter. Phew, it’s a long-winded process getting ready to go out when you’re a Fairy Kei Princess. It’s amazing they have time to do anything other than get dressed.

WRITTEN BY PAUL MCINNES with PHOTOS BY WILL ROBB

Nile Perch hasn’t always been a leading name in Japanese Fairy-kei fashion. More than 25 years ago it was a simple polo-shirt brand with a fish logo (the Nile Perch) inspired by Lacoste’s famous crocodile insignia. It’s the longevity and growth of Nile Perch which makes it different from other Fairy-kei labels such as 6%DokiDoki and the Tavuchi-led Spank!!!, Monascas Banana, and Ticket to Darling. If we go even deeper into Fairy-kei, which has been a movement or scene in Tokyo for years now, we can see that there is no such thing as a unified Fairy-kei but multiple miniscenes which make up Fairy-kei culture. 6%DokiDoki opts for vibrancy in colors and theme, Spank goes for second-hand pop and rock inspired 80s kitsch, and Nile Perch is a proponent of softer, kinder colors such as pinks and pastels. They might look similar to outsiders, but within the Fairy-kei community

these brands are as different as Gucci and Takuya Angel. Nile Perch, which has had a main store in Harajuku for over 25 years, opened a smaller space in Laforet two years ago. Owned by Jinichi Higuchi and his wife, the brand has evolved from polo shirts, Nile Perch-logo vintage plates and vintage clothing to an undiluted Fairy-kei heaven where girls never grow up. Inspired by the owners’ love of pastels and shades of pink seen in toys such as My Little Pony, Nile Perch­—as we know it now­—has developed from 80s style t-shirts and grew, little by little, into a fully-fledged Fairy-kei utopia. Nile Perch also prides itself on having a Made-in-Japan attitude with lots of items such as cute cherry-design cardigans hand made by one mysterious old Japanese lady who knits, sews and embroiders all of the pieces. These items, which cost around 19,000 yen (230

dollars), are also made to order (online and in-store) with the choice of different colors, various ribbons and buttons etc. Also available (at around 10,000 yen or 120 dollars) are some rare vintage items such as original Care Bear and Strawberry Shortcake dresses. Nile Perch doesn’t only specialize in clothing, though. It also has an impressive collection of 80s toys such as My Little Pony, Teddy Beddy Bears, Barbie dolls and Rushton toys— every little girl’s dream. Recently Harajuku has witnessed a mini-boom centered round teddy bears, unicorns and Pegasus with Nile Perch seeing a lot of girls trying to find their ideal cuddly toy. Staff member Mitsue Matsuhashi said, in a recent interview, that the Nile Perch customer isn’t solely made up of teenagers. “Of course many of our customers are high-school girls but we also see women in their 20s and 30s and

every now and then a few women in their 60s come in!” She explains that the most important points for Nile Perch girls are “lace, ribbon and pastel colors.” They also listen to little girl’s music such as Disney soundtracks, read Vivi, Kera and Zipper and tend to check out the Nile Perch Ameba blog and also various customers’ websites too.

Sayuri Tabuchi, aka Tavuchi, is a wellknown fashion figure in Tokyo. For years sheâ&amp;#x20AC;&amp;#x2122;s been running Spank!, a hugely influential store and brand based in Tokyoâ&amp;#x20AC;&amp;#x2122;s Koenji neighborhood. Spank! and its Shibuya sister store Spank me! are perfect for those interested in 80s candy-coated pop culture. In the stores, you can find items such as vintage Vanilla Ice and Madonna t-shirts, Care Bears and everything a fairy-kei follower needs to keep in style. We sat down with Tavuchi, at her Spank! store, to discuss her brands, fairy-kei and the 80s and her exciting plans for the very near future. Interview by Paul McInnes with photos by Will Robb

Tokyo Fashion: When did you start Spank!? Sayuri Tabuchi: I started this shop about seven years ago. It was the 22nd of May 2004. TF: Why? ST: I just love 80s culture so much. And at that time I couldn’t find a good image that matched my interests in 80s culture. So I started Spank! TF: Why did you name it Spank!? ST: Spank (the name) doesn’t make any sense. I just like the sound. TF: What did you do before Spank!? ST: I was at Vantan Fashion School and also working as manager at another used clothing store. After graduating I started Spank! TF: Why are you so interested in the 80s? ST: I like 80s American culture so much. My favorite period is 19851995. It’s not only 80s but I say 80s (laughs). I like the TV show Full House, Popples, Care Bears, My Little Pony and Jem (popular cartoon) a lot. I also like 80s Pop and Rock like 80s Cyndi Lauper, Suzi Q, Madonna and David Bowie. TF: Do you go the United States a lot? ST: If I want to buy clothes for winter and fall I have to go to Chicago and New York. But in summer I go to LA or San Francisco. TF: What kinds of colors do you like when you buy used clothes or when you design your own brands? ST: I like bright colors so much but I also like subdued colors like we see in stonewash denim. Although I really like to mix colors up! TF: Can you describe Spank! fashion or style? ST: Actually I never say “Spank! style” for myself. I don’t know why but some fashion magazines and other people call us “Spank! girls” or “Spank! style.” Although I’m happy to hear that, it makes me proud, but I don’t use the term “Spank! girls” because I like all girls who are interested in fashion. I like to think that anyone who comes here can be a Spank! girl even if they don’t always wear Spank! clothes.

TF: What kind of media are you into? ST: I’m interested in street snap websites more than fashion magazines. Like Drop Tokyo and Ridsnap and of course TokyoFashion.com TF: Can you tell me about your stores and current projects? ST: I closed Ticket to Darling at the end of June because it was kind of too much to have three (permanent) shops for me. I was far too busy. So I have two shops now. Spank! here in Koenji and Spank me! in Shibuya. I’m also the designer of Monascas Bananas — it’s my own brand. Actually we sell it here in Spank! Spank! and Spank me! are almost the same but a little bit different. Spank!’s theme is “80s pop disco” while Spank me!’s theme is “80s girl’s secret room.” Spank! is very pop but Spank me! has more girly tastes like lingerie and nightgowns and so on. TF: Any plans for the future? ST: Well, I want to have pop-up shops all over the world. Actually the first pop-up shop will be opened this year in Los Angeles. It opens on November 19th. I’m really excited. The shop is in conjunction with Sweet Streets so maybe people can find more details on their website. TF: Can you talk some more about fairy-kei? ST: At first the fashion was called Spank! girls. Then just three months later fairy-kei was born. Some magazines said the pioneer of fairy-kei was Spank! but I don’t think so. For me Spank! girls and fairy-kei was very different. Fairy-kei includes a lot of different tastes. I think Zipper magazine coined “fairy-kei” and then a month later Cutie used the term and it spread from there. TF: What are Spank! customers like? ST: Our customers range from about Junior High School students (12-15) to women in their 30s and 40s. Young people like it because they don’t know and want to know more about 80s style and for older customers it reminds them of when they were young. TF: A huge thank you to Tavuchi and everyone at Spank! for taking the time to talk to us! 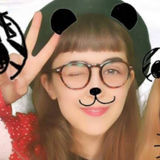