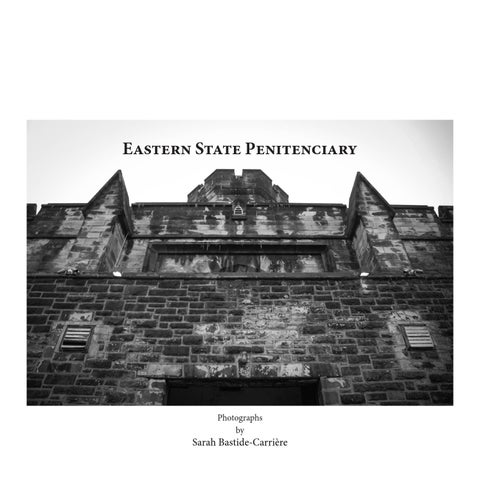 â&#x20AC;&#x153;Looking down these dreary passages, the dull repose and quiet that prevails, is awful.

... but it is stifled by the thick walls and heavy dungeon-door, and only serves to make the general stillness more profound.

Over the head and face of every prisoner who comes into this melancholy house, a black hood is drawn;

and in this dark shroud, an emblem of the curtain dropped between him and the living world,

he is led to the cell from which he never again comes forth, until his whole term of imprisonment has expiredâ&#x20AC;Ś.

He is a man buried alive; to be dug out in the slow round of yearsâ&#x20AC;Ś.

And though he lives to be in the same cell ten weary years, he has no means of knowing, down to the very last hour, in what part of the building it is situated;

what kind of men there are about him;

whether in the long winter night there are living people near, or he is in some lonely corner of the great jail, with walls, and passages, and iron doors between him and the nearest sharer in its solitary horrors.â&#x20AC;? Charles Dickens, American Notes for General Circulation.

â&#x20AC;&#x153;I believe that very few men are capable of estimating the immense amount of torture and agony which this dreadful punishment, prolonged for years, inflicts upon the sufferers...

and in guessing at it myself, and in reasoning from what I have seen written upon their faces, and what to my certain knowledge they feel within,

I am only the more convinced that there is a depth of terrible endurance in which none but the sufferers themselves can fathom...

... and which no man has a right to inflict upon his fellow creature.

I hold this slow and daily tampering with the mysteries of the brain to be immeasurably worse than any torture of the body;

and because its ghastly signs and tokens are not so palpable to the eye and sense of touch as scars upon the flesh;

because its wounds are not upon the surface, and it extorts few cries that human ears can hear;

therefore the more I denounce it, as a secret punishment which slumbering humanity is not roused up to stay.â&#x20AC;? Charles Dickens, American Notes for General Circulation. A photographic book by Sarah Bastide-Carrière

A photographic book by Sarah Bastide-Carrière