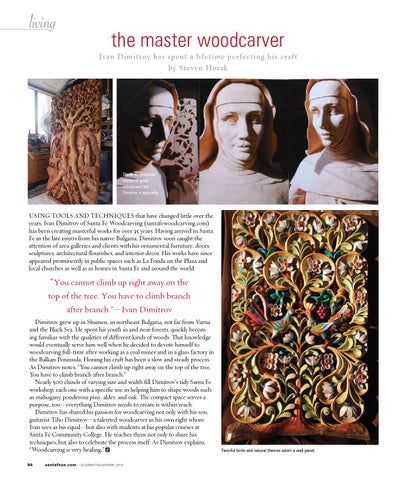 Using tools and techniques that have changed little over the years, Ivan Dimitrov of Santa Fe Woodcarving (santafewoodcarving.com) has been creating masterful works for over 35 years. Having arrived in Santa Fe in the late 1990s from his native Bulgaria, Dimitrov soon caught the attention of area galleries and clients with his ornamental furniture, doors, sculptures, architectural flourishes, and interior décor. His works have since appeared prominently in public spaces such as La Fonda on the Plaza and local churches as well as in homes in Santa Fe and around the world.