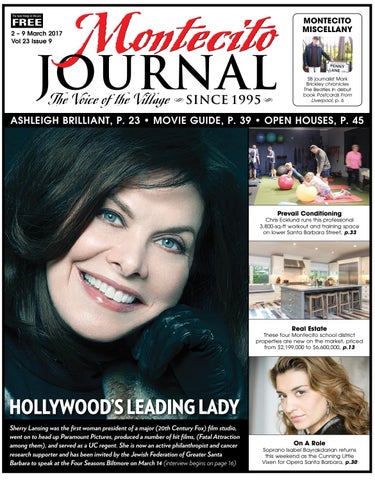 The best things in life are

HOLLYWOOD’S LEADING LADY Sherry Lansing was the first woman president of a major (20th Century Fox) film studio, went on to head up Paramount Pictures, produced a number of hit films, (Fatal Attraction among them), and served as a UC regent. She is now an active philanthropist and cancer research supporter and has been invited by the Jewish Federation of Greater Santa Barbara to speak at the Four Seasons Biltmore on March 14 (interview begins on page 16)