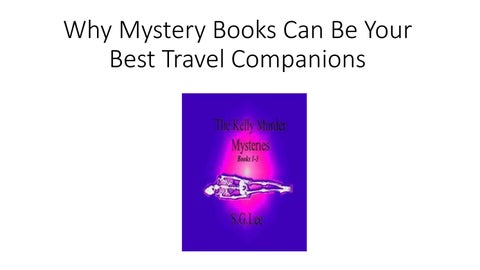 Why Mystery Books Can Be Your Best Travel Companions â&#x20AC;˘ Very often, you might see people on their routine commute or even traveling with a pair of headphones and carefully curated playlists. No doubt, music has its own perks, but nothing can compare to a great book. Especially when you are traveling over long distances, the duration of the journey can take a toll on you. In order to avoid this, mystery novels can be trusted to a great extent. â&#x20AC;˘ A lot of murder mystery books have the potential to keep you hooked from the beginning to the very end. This way, you can prevent boredom on your journey as well as on the entire trip. The given list states such books and why they are worthy of being your travel companion:

Why Mystery Books Can Be Your Best Travel Companions â&#x20AC;˘ 1. Sharp objects by Gillian Flynn: Known to weave emotions and suspense in her stories, Gillian Flynn is one author who truly talented is writing a murder mystery and suspense thrillers. Many of her famous books include Gone Girl, and. Sharp objects are the debut novel of Flynn which was published in the year 2006. The story follows the central character of Camille Preaker, who is a journalist living in Chicago. She suffered from major depressive episodes due to the death of her sister at a young age and got involved in self-harming measures. Once, when her boss gave her the assignment to prepare reports on the murder of two young girls in her hometown Wind Gap in Missouri, she returns to investigate them. There she reunites with her mother and half-sister. However, things were not in place. A lot of twists and turns take place in the story after her return to her hometown. The story is very unpredictable and full of suspense. Beware, it can keep you up all night!

Why Mystery Books Can Be Your Best Travel Companions • 2. Murder on the orient express by Agatha Christie: One of the best mystery novels ever written, ‘Murder on the Orient Express’ can be considered as the most successful book of writer Agatha Christie. It was first published in the United Kingdom in the year 1934. It follows the lead of the main character, detective Hercule Poirot who gets on board the Orient Express and attempts to solve a murder mystery. Although people have claimed the murder and its solution to be quite impossible, the critics have praised Christie for her brilliant portrayal of the central storyline as well as convincing the readers to believe the happenings. The secret is well kept, and as usual Agatha Christie books, the climax is bound to be surprising.

Why Mystery Books Can Be Your Best Travel Companions â&#x20AC;˘ 3. The silent patient by Alex Michaelides: Do not think of this book as just another psychological thriller! The Silent Patient is the debut novel by author Alex Micha elides. It was published in February of 2019 and instantly became a hit in New York Times Best Seller series, which brings it in our list of the best mystery books. The plot begins with the dreamy life of central character Alicia Berenson, a well-known painter living in London with her husband Gabriel, who is a photographer working with famous fashion magazines. Then one day, suddenly, she kills her husband and refuses to utter a single word about the tragedy or any other thing. The news spreads like wildfire and she was sent to a forensic unit located in North London. A psychotherapist, Theo Faber accepts her case and decides to decode this murder mystery. Artistic metaphors, engaging storyline, and a fresh concept are what makes this book enjoyable. 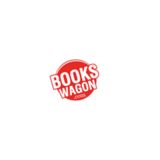 Very often, you might see people on their routine commute or even traveling with a pair of headphones and carefully curated playlists. No do...

Very often, you might see people on their routine commute or even traveling with a pair of headphones and carefully curated playlists. No do...