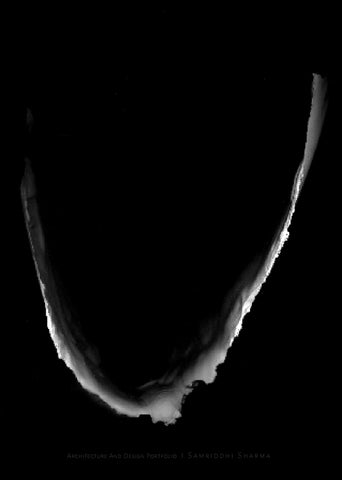 Architecture And Design Portfolio I

VESSEL WITHIN A VESSEL

CONFINEMENT, EXPOSURE AND LIBERATION OF THE FEMALE BODY

dar trees. The housing scheme forms a network of residential units, puntured with pause points and social spaces, offering the spectacle of the entire valley and the peaks of the

ble to create the earthen space. The spaces have been very meticulously crafted through architectural details.

Photograph of the Site Model with the residential units

Section through the living area

Long Section A : Through the Pavilion

Long Section B : Through the Pavilion

Conceptual Sketch for the Museum

drawings and models for various competitions and projects. One being a Spa in Korea and a couple of proposals for international competitions. The design process here

pushed the boundaries of architecture to an ambiguous state between art and architecture, which further give rise to newer possibilities in terms of design and technique.

KRANTI HOME, MUMBAI Community Home Kranti is an NGO which turns marginalized girls into social change agents, and this trans-

formation requires a safe, long term home. With the current context Krantiâ&#x20AC;&#x2122;s house will be Indiaâ&#x20AC;&#x2122;s first long-term healing home for socially marginalized girls, who do not wish to be repatriated/ married but want to become financially independent social change agents within their communities.

Side view rendered for Kranti Home

THE TOILET MANUAL : RE- IMAGINING PUBLIC TOILETS IN INDIA Professional Work : Mad(e) in Mumbai Architects The ritual of bathing has always played a significant role in the community life of Indians. The architectural manifestation of the social space of bathing, serves both the commu-

nity and the individual. In order to understand and develop this relationship further, this

project investigates parameters such as demography, social and geographical context, construction methodologies, sanitation systems and various other factors involved in the

Axonometric Drawing of the Interplay Musem.

on the principle of, interplay. The overlapping volumes create an interplay of solid and void, light and shadow to construct a narrative revealing how these games were played.

PUBLIC ART INTERFACE Using Art As A Medium to Negotiate Contrasting Social Environments Series of public spaces when designed as exhibition narratives for various artistic media can engage the people using the space in ways otherwise rarely possible, on account of

the general inaccessibility of art, in Mumbai. The project is an attempt to reveal the alluring art world and understand how art can negotiate between contrasting areas, such as the large informal slum settlement of Dharavi, and the newly built planned commercial development of the Bandra Kurla Complex in Mumbai.

I propose a series of three intricately woven programs and spaces, the Workplace, the Auction House and the bridge connecting the two. The Workplace is where all the workshops and studios are located to craft recyclable materials such as metal, glass, plastic

and so on with the help of local people, students and other collaborators to create art

work to be auctioned and archived on the other side of the bridge, at the Auction House. The art work produced is then taken along the bridge to the Bandra Kurla Complex on an enclosed conveyer belt.

Plan of the Workplace

Section through the Workplace

Conceptual Sketch of the Bridge

Entrance to the Bride

Plan of the Auction House and Archive

Section through the Auction House and Archive 27

Exploded Axonometric drawing of the Auction House and Archive 28

FORMAL VS INFORMAL GROWTH SYSTEMS A systematic controlled proliferation of a dichotic form within the confines of the city The development of Mumbai has not been according to a comprehensively laid out plan, instead it has been a result of two narratives. One is the formal development of the city, defined by the British and the other being that of the informal settlements. The informal settlememts have emerged in the interstitial spaces between the connections and the natural spaces of the city.

the city, through a logic driven system. The logic of Cellular Automata, is used here to

produce different architectural systems for the proliferation of the informal settlements. Since, the algorithm is generation based, it produces a multiplicative growth of the archi-

tectural elements using the parameters of time and economy. The emergent typologies

resulting from this algorithm are a side effect of its governing logic of chaos and order, leading to the decentralisation of the city in smaller clusters.

Cellular Automata growth in a cluster

Cellular Automata growth in interstitial spaces : Between Formal Settlements and the Railway Tracks

VESSEL WITHIN A VESSEL From Material Media to the Formation of the Body The history of hardware, instruments and vessels has demonstrated a balance of different types of thinking, between material media and the body on the one hand,

and the mechanical functions of certain instruments and the ergonomics of engaging them on the other.

My partner and I worked on redesigning the vessel.In containing a liquid, the vessel improves the act of carrying and conserving, objectifying the hand into a container. In the

versatility of the hand, unfolding the possibilities of holding and grabbing the vessel, serving as a prop to the hand.

By making the object versatile, this process investigates the idea of a â&#x20AC;&#x153;vessel within a ves-

selâ&#x20AC;? rethinking its norms, set standards and performances in containing a single element, transgressing the restrictions of an earlier understanding of a vessel.

This project presents a series of variations that address the question of the hand, the ves-

sel and the contained exploring materiality, through the lens of transparency and insula-

tion, stability, maneuverability and orientation, involved in our understanding of a vessel. Materiality is looked in this research through the lens of transparency and insulation.

Ontoloical Transformation of the Hand into a Vessel 36

Vessel studies for the axis of rotation and splicing.

Photograph of the 3D printed Vessel 37

Vessel Typoloies to study containment of the liquid on two sides. 38

CONFINEMENT, EXPOSURE AND LIBERATION OF THE FEMALE BODY The transformation of a fabric into a womanâ&#x20AC;&#x2122;s personal space The female body has been confined through history and different cultures through the addition of layers of inner garments, such as the corset and crinoline to the natural body

form.This study explores the concept of wrapping as seen in the Indian garment Sari, a

condition in which the body is always in a state of flux. Where confinement and liberation both are perpetually acting in forms of concealment and exposure, creating a hybrid situation. The operations of the sari here question the boundaries of public and private

space, with respect to the engagement of the body with the outside. In this case the fabric transforms from being a flat rectangular surface, into a center focusing on the person-

al space of the body engulfed Thus signifying the embodiment and the disembodiment of the identity of the wearer through the act of wrapping.

Frontal cross sections of female bodies deformed by the corset in the 15th, 18th, 19th and 20th century.

Side cross sections of female bodies deformed by the corset in the 15th, 18th, 19th and 20th century. 40

Sectional axonometric through the outer and inner female garments, the corset and the crinoline 41

Photograph of the negative mold of the female torso wrapped in Organza fabric, casted in plaster

Photograph of the positive mold of the female torso wrapped in Silk Taffeta fabric, casted in wax 43

Photograph of the negative mold of the female body wrapped in latex, casted in plaster

Photograph of the negative mold of the female body wrapped in felt fabric, casted in plaster 44

Hybrid typologies alternating between confinement and liberation of the female body

BODY / FIGURE / FORM Wrapping Lines Towards The Ephemeral Poche My [hypo]thesis challenges normative thickening of poché, in architecture today through

spatial experiments [and iterations] of body/figure transformations in both scale and taxonomy, of alphabetical forms. This dynamic process of form- finding uses the animate

method to reveal and reinvent, how we structure form and tectonic materiality, while searching towards novel interstitial boundaries of spaces.

figures, where the mass of poché is geared towards an ephemerally light thickening, while questioning if poché could be then re-invented through a field of ‘lines’ , while moving past the traditional notions of ‘mass’ in architecture, that are normatively defined linearly from surface to the opaque solidification of a figural volume.

Inspired by the tectonic wrapping of textiles, new spatial boundaries are inverted, dis-

solved, and ephemerally obscured towards a novel tectonic lightness, resulting in a poché that blurs, shifts and weaves. These dynamic experiments are captured by an an-

imate system of representation that tests the geometry of the weft and warp [textiles] lines, while inventing new spatial bodies and figural taxonomies of architecture.

Taxonomy 1 : Axonometric of the ephemeral body in motion

Taxonomy 1 : Elevation of the lined pochĂŠ

Taxonomy 1 : Spatial iterations of the interstitial space in formation

Taxonomy 2 ( The Hybrid Body) : Axonometric of the ephemeral body in motion

Taxonomy 2 ( The Hybrid Body) : Elevation of the lined pochĂŠ

Taxonomy 2 ( The Hybrid Body) : Spatial iterations of the interstitial space in formation

Taxonomy 3 ( The Hybrid Body) : Axonometric of the ephemeral body in motion

Taxonomy 3 ( The Hybrid Body) : Elevation of the lined pochĂŠ

Taxonomy 3 ( The Hybrid Body) : Spatial iterations of the interstitial space in formation

Housing Evolution in Mumbai Illustration for PLURAL__ : A Collaborative Approach to Urban Research and Planning 58 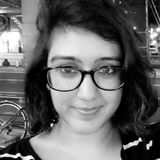