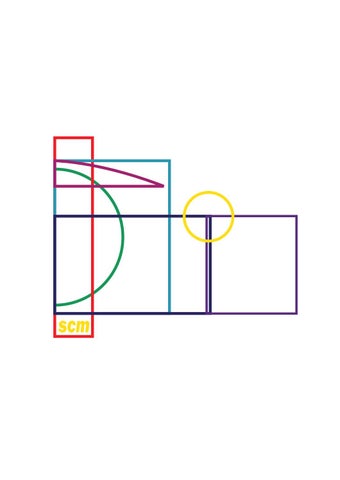 Sample-cm is a berlin based fashion label with Bassin proposes series of modular kits including according to your needs and style, express the l

a sociology background. Exploring each season a new sport, its practice, cultural field and aesthetics, the main line Grand g garments with accessories and functioning as some sport equipment. These kits able to be transformed and combined label intention to stand for a potential of singularity and an intellectual approach of contemporary fashion.

Since 2015 sample-cm Bassin: an project of c and shifting garments, a clothing. M designer be in both Soc liberated ta with individu

Each samp a plan of a The garme growing in d sports warm indoors sp ritualised pr Fashion is fu design, con dimensions use. A garment i by the body interaction. range doe product, bu

m was founded in Berlin as an nary studio, enriched by and ed from the unidisciplinary es to fashion Margot er encountered in both London he two cities where she studied

ng clothing production in its cm studio has worked through media since 2010, including ce, installation and web

arments into spaces and into es as a logical public testimony oject&#39;s interactive scope, but opportunities are also ation and marketing platforms, project a visibility beyond the hion. sample-cm projects are within a nest-like organisational arment can be considered as a a kit, of a collection, or of a sdisciplinary project. In Grand ach collection has been as an action zone, a space which, superimposed on ms the multisports ground also he logo. This project will be m one season to the next while developing an ongoing, sporting circuit.

ple-cm project revolves around action, a protocol, an activity. ent evolves with the body: dimensions, adjusting during a m-up, changing in scale in an pace... Manifestations of a ractice. ully considered as a discipline of nditioned by both aesthetic but also by the requisites of

inhabited, mobilised, and used y is a garment in action and in . Therefore, the Grand Bassin es not propose a finished ut rather a kit to be activated.

Grand Bassin designs (numbered from GB1) function as a kit, a set of equipment composed of a garment, an equipment, and an instruction sheet. The clothing is one part of a whole and is inseparable from putting the equipment into practice. The graphic codes of the manual are transposed into the visual communication of the project, into demonstrational video teasers (that can be thought of as online tutorials), and the performative dimensions of a fashion week show.

By soliciting both professional practices and amateur practices, Grand Bassin also enriches its finished product with two traditionally incompatible values: the value of artisanal craftsmanship and the value of DIY.

In the same manner, the collections follow a sports world logic. The training of an athletic body mobilises actors, ritualised practices, and sports equipment. Grand Bassin builds up a body as a kit and follows a creative plan of action (the instruction sheet for the installation of this strap).

Grand Bassin garments are handmade in an atelier, produced in exclusive editions, forming a luxury approach. They also question the temporality and systems of values of this chosen approach. Indeed, they come across simultaneously as timeless basics and as temporary proposals, as unique pieces and as exercises of DIY enthusiasts.

Where sport intrinsically links to action, sportswear, workwear, active wear and streetwear include - even in their etymology - their respective uses. They are the only clothing categories to include ergonomics, comfort, resistance, or permeability to the environment as essential constraints of their aesthetic purposes. Their use has a direct influence on the form. The details and cuts characterising sportswear are borrowed from both inseparably. Grand Bassin logically refers to this dialectic of sportswear. Using the straps, one can tighten an oversized streetwear item, bind the waistline of a bodysuit, attach a breastplate, or release a racerback. Each season visits a different field of sports (season 1: boxing and athletics, season 2: fencing and motor sport, season 3: swimming, season 4: acrobatic gymnastics and figure skating, season 5: team sports, football, rugby, hockey, season 6 : outdoor sports...). The brand proposes a reinterpretation of these stylistic codes and rebalances, ironises, or radicalises their functional characters. Then, a ruffle becomes an apparatus, an 80s detail of a body suit becomes a harness, or a top wraps endlessly around the body.

Introduced by the social historian Michel de Certeau, the concept of micro-practice (an act conducted out of sight) as trivial and everyday characteristics, would have a potential to interfere, balance, and micro-modify institutions, subtly modelling their systemic forms, and and thus bringing out singularity within a pre-existing social practice. In other words, we could individually alter our social environment through these micro-actions. Sample-cm considers fashion in the same way: as an interactive tool between the shared and the individual. Grand Bassin pieces are designed to be adjusted, transformed, maintained, and reinforced by each user during a micro-action. The personal character of these interactions leads them to be re-appropriated, re-incorporated, and re-personalised. Grand Bassin is part of a social phenomenon noticeable for some years through the terms customisation or DIY. This logic reflects a contemporary need to bridge the consumer-producer gap. In Grand Bassin, this manifests as the possibility of incorporating a predefined object in an individual way. The subtitle of Grand Bassin is don&#39;t think before you leap: a reference to the current sports brand slogans often circling around active risk-taking and individualistic values, as well as the distinction and excellence inherent to the contemporary sports world.

The collections can logically be called premium ready-to-wear: allowing exceptionality and accessibility to co-exist. From a stylistic point of view, the identity of the brand relies on this distinctive twist applied to the conventions of sportswear.

Studies on personalisation in the commercial sector have shown that clients, although very responsive to the creative process, favour safe choices and instead tend to duplicate the examples proposed by the official campaigns at their disposal. The individual quality of the choice can indeed be relativised by a need to secure a social belonging or participation in a certain style, generation, or culture. The micro-actions of Grand Bassin are voluntarily framed by a manual. The user is given the possibility to interact by following a plan of action with detailed instructions, and not to be in charge of creating a whole garment. In addition, the instruction sheet of each equipment evokes a sports warm-up. The action is deliberately limited to the preparation, stretching, and adjusting the garment before wearing it. The protocol then defines and holds on to the phase of appropriation of the creative proposition. Grand Bassin wants to endure this moment of both indecision and possibility. The project decomposes the strings of a new liberal marketing that makes the individual its privileged subject.

The strap and garment are supplied separately and must be combined with one another to finalise the item. The consumer of Grand Bassin is at the same time a fashion product manufacturer, user, and tester. By mobilising the user, Grand Bassin confronts different types of skills: both professional techniques (the pre-finished garment assembled by the studio) and amateur ones (the garment finalised by the user). Grand Bassin functions as an attempt to pool skills and allows a momentary re-examination of the notion of discipline as traditionally linked to professional competence.

The Grand Bassin collections are finally located in this fluid and fertile interface between high-end and ready-to-wear, an experimental approach and a commercial approach, a finished product and a field of possibilities, an individual appropriation and proposed choices, tendencies and useful artefacts. Grand Bassin stands for the capacity of renewal of an interactive system, and the relevance of the ongoing questioning it puts into action. &quot;As these mysteries are beyond us, we could feign to be the organisers.&quot; J. Cocteau

dont think before you leap.