Salpointe Catholic High School Board of Directors and School Leadership

This gratitude report acknowledges gifts received from July 1, 2019 to June 30, 2020. Mission Statement Salpointe Catholic is a college-preparatory high school in the Carmelite tradition of prayer, community and service. We offer our diverse student/parent population a holistic education which fosters faith, encourages the pursuit of excellence, develops servant leaders, affirms the dignity of individuals, and promotes global social justice. Salpointe Catholic High School • 520-327-6581 1545 East Copper Street • Tucson, Arizona 85719 Salpointe’s Gratitude Report is published by the Advancement Office for Salpointe donors, alumni, parents and friends. If you feel you are receiving this publication in error, please contact Jennifer Harris at 520-547-1952.

Please enjoy reading this 2019-2020 Gratitude Report that honors your support of Salpointe Catholic. We are forever grateful to you, our treasured alums, parents, past parents, faculty, staff and friends for your loyal generosity in support of the Lancers.

THANK YOU! It has been a trying year – the COVID-19 pandemic, completion of the Aspire capital campaign, the introduction of distance learning, reduced student activities and social interactions, and a missed graduation ceremony. However, through all this, the Salpointe community has been a source of support and strength for the Lancers we all care about. Because of you, Salpointe continues to move forward to fulfill its mission and serve our students.

What a year it has been! While Salpointe has always prided itself in signature academic, spiritual, artistic, emotional and athletic development, the school has now become a model for digital education. In March 2019, due to the global pandemic, the school was forced to modify its educational framework: we closed the campus and delivered academic content online for the remainder of the school year. Our teachers and staff were poised to take this unprecedented step since the school had developed a strong digital infrastructure over the prior several years. We honored lessons learned during this springtime experience and, in the fall of 2020, implemented needed changes to make learning effective and accessible both online and in the classroom. We adopted dual models to bring students back to campus as well as meet the needs of vulnerable students by offering hybrid A-L and M-Z tracts with participating students on campus two days a week and a simultaneous, full time at-home option. We invested in high end educational delivery technology and adopted mitigation strategies on campus, such as masks, social distancing, air filtration systems, plexiglass shields and sanitization protocols. Salpointe’s holistic program, including the depth and breadth of academics, athletics, student services and co-curricular activities, proceeded with limits and with caution. Nonetheless, we can’t wait to be normal again! We are proud to announce the September 2020 successful completion of “Aspire: Arts Academics Athletics!” This $10M campaign created the transformative, synergistic Brian and Sandra Stearns Center for the Arts, with new learning spaces for the Ginny L. Clements Dance Studio, Czarina and Humberto S. Lopez Visual Arts, Pocono Music, Foundation Choir, Helena Corcoran Theater and the stunning Stevens Gallery. Improvements in the academic and athletic areas were completed in 2019 with the renovation of six learning spaces, including the Garigan 411, Quiroz Marum 424 and Hutchens 422 classrooms; expansion of the Ashton STEM outdoor learning experience; creation of the Stevens Strength and Conditioning Center; air-conditioning the Kalil Family Gymnasium; and installation of lights on the baseball, softball and track fields. Thanks to the leadership and generosity of so many donors, we raised the full $10M on time and on budget! We plan to hold a grand, celebratory dedication when we can host the fun party that this milestone accomplishment deserves! Thank you, Lancers! As you know, this gratitude report is being distributed electronically rather than in paper format. Salpointe has become a national leader among secondary schools for implementing Pope Francis’s encyclical, Laudato Si: On Care of Our Common Home. We are committed to reducing, reusing, recycling and refusing when reasonably possible. This shift to the digital distribution of this report is part of that commitment. We can’t wait to have you back on campus for student performances, athletic competitions, art receptions and academic showcases. You are always welcome here! Sincerely,

It seems out of place to be writing about my happiness this year, but I can’t help it. In the midst of turmoil and struggles, we have been able to accomplish many things because of the wonderful support of the Salpointe community. When I say “Salpointe community” I am thinking of, and want to thank, everyone who is a part of Salpointe; that includes administrators, faculty, staff, students, parents, past parents, alumni, donors and everyone who supports our mission. In the midst of turmoil, Salpointe was able to transition to online distance learning at the end of last school year and was able to open campus this school year with hybrid learning. Salpointe developed protocols to allow students to participate in extracurricular activities to continue providing the signature Salpointe experience despite these tumultuous times. Being able to accomplish all of this is a reflection of great leadership and fabulous support from the entire Salpointe community. For this, you have my sincere gratitude and you need to know that you are making a real difference in the lives of the students we serve! Thank you!

Pat Lopez ’74, Chairman, Board of Directors

Scholarship Funds Endowed Scholarship Fund The endowed scholarship fund was established in 1988 with an initial gift of $25,000 from the Mulcahy Foundation. It is comprised of many individual funds (below) from which only the earned income is used to assist students who demonstrate financial need. As of June 30, 2020, the balance of the endowed scholarship fund was $4.4M. A named endowed fund may be established with a minimum gift of $5,000.

2019-2020 In Honor and In Memory A meaningful way to honor, recognize or remember a friend, relative or associate is through a gift to Salpointe Catholic High School in his/her name. Upon receipt of the gift, a personalized card is sent to the person being honored; if “in memory,” an acknowledgement card is sent to a family member and a thank you card is sent to the donor. Gifts during the 2019-2020 school year were made in recognition of the following individuals.

Salpointe is sincerely grateful to each one of you for gifting your time, talent and treasure for the benefit of our Lancer students. Salpointe financials are annually audited by Heinfeld, Meech and Co., P.C.

Subsidy from Diocese of Tucson

Subsidy from Diocese of Tucson: 0.29%

2019-2020 Honor Roll of Donors Salpointe is grateful to the following donors who supported our mission. These gifts ensure the perpetuation of an excellent faculty, availability of financial aid to students in need, renovation of facilities, initiation of programs in response to the needs of students, and assurance of permanent sources of income through endowed funds. The school sincerely appreciates this loyal group of alumni, parents and friends. Only donations greater than $500, including realized gifts and in-kind gifts, received during the fiscal year July 1, 2019 through June 30, 2020, are listed in this Honor Roll of Donors. We strive to make this report as accurate as possible and donors are recognized in accordance with their wishes. If you note an error or omission, please accept our sincere apologies and contact Jennifer Harris in the Advancement Office at 520-547-1952. $100,000+ Mr. and Mrs. Jim Click, Jr. Mr. and Mrs. F. Michael Geddes Salpointe Catholic Education Foundation $50,000+ Mr. and Mrs. Hal Ashton $20,000+ Anonymous Drs. Kevin and Cindy Boesen Carmelites of the Most Pure Heart of Mary Mr. Richard De Schutter Mr. and Mrs. Burton Kinerk Mr. and Mrs. Robert Lepore Rev. Msgr. John P. Lyons, J.C.L., J.D., V.F. Mr. and Mrs. Pat Manley, Jr. Ross and Patty McCallister Foundation/ Mr. and Mrs. Ross McCallister William and Mary Ross Foundation Sunstreet Mortgage, LLC/ Mr. Patrick Sniezek Royal Automotive Group/ Mr. and Mrs. Neal Weitman/ Mr. and Mrs. Craig Weitman Witz-Mallinger Charitable Foundation

Corporate Tax Credit Contributors Salpointe Catholic would like to extend gratitude to the corporations that participated in the Arizona Corporate Tuition Tax Credit Program in 2018-2019. Their donations made it possible for qualified, need-based students to receive an outstanding college-prep education at Salpointe. For more information contact Jennifer Harris, Director of Advancement, at 520-547-1952 or jharris@salpointe.org.

YOUR M A S H HEADQUARTERS

STEP 1: Choose the ways you want to support Salpointe. No.1

If you own an S or C corporation and want to provide Salpointe’s life-changing education for our most vulnerable students while redirecting your corporate income tax, please contact Jennifer Harris at jharris@salpointe.org or 520-547-1952.

LANCER ANNUAL FUND 2020-21 If you believe in holistic education and want to join us in transforming students’ lives, your gift to the Lancer Annual Fund will support our nationally accredited STEM program, spiritual experiences like Kairos, Salpointe’s signature Humanities program and more.

LEGACY GIVING If your values, passions and hopes for the future include positively impacting Lancers for years to come, arrange a future gift to the school when writing your will. Please contact Jennifer Harris at jharris@salpointe.org or 520-547-1952 for more information.

INDIVIDUAL TAX CREDITS If you want to receive a dollar-for-dollar credit on your Arizona taxes while helping to educate over 800 low-income Lancers who need your support to attend Salpointe, make your contribution anytime before April 15, 2021 at www.ctso-tucson.org.

SALPOINTE CATHOLIC EDUCATION FOUNDATION MEMBERSHIP If you want to innovate education and fund critical initiatives at Salpointe, join other like-minded philanthropists by donating to the SCEF Endowment. Already a Foundation member? Please consider upgrading your membership with an additional donation.

GUARDIAN ANGEL SCHOLARSHIP FUNDS & ENDOWMENTS If you want to make Salpointe’s life-changing education possible for students experiencing crisis, your donation to the Guardian Angel Scholarship Fund will provide Lancers with emergency tuition assistance. These gifts can be made in memory or honor of a loved one.

www.salpointe.org/giving to make your donation online.

STEP 3: Select the funds and amounts you want to give. Lancer Annual Fund

You are the main ingredient to Salpointe’s success! PLEASE DONATE TODAY

BE A LANCER CHAMPION

Support Salpointe with a gift to the Lancer Annual Fund! www.Salpointe.org/Lancer-Annual-Fund 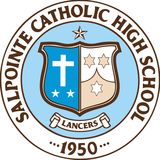