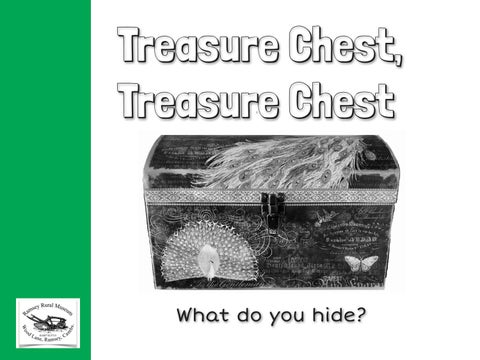 What do you hide?

I think, at a child's birth, if a mother could ask a fairy godmother to endow it with the most useful gift, that gift should be curiosity. Eleanor Roosevelt- 1884-1962 American First Lady

Additional images have been used from Pixabay.

'Curiosity is the wick in the candle of learning'. William Arthur Ward, American Writer The Early Years Treasure Chest contained objects from Ramsey Rural Museum specifically chosen for children to touch and examine at close quarters. Created as part of the 2019 Talking Together in Cambridgeshire initiative, the objects inside the chest aim to engage children's curiosity in talking and learning about the past. The Treasure Chest was taken into Nursery and Playgroup settings in Huntingdon, Chatteris, March and Wisbech during the Spring and Summer of 2019. The Treasure Chest is recreated here for parents and teachers to share with children. If you would like to visit the museum with a group of children and see a Treasure Chest then please get in touch. Ramsey Rural Museum, Wood Lane, Ramsey PE26 2XD See website for details and opening times www.ramseyruralmuseum.co.uk

Which is longer - the spear or the

Brass rubbing was a fashionable Victorian pastime that is still popular today. Visitors to churches wanted to take home a memento of their visit and a brass rubbing was the solution.

A tall, tall knight with a sword, a shield, spurs on his heels and what else can you see? Look at his feet...what is that lion doing?

What are the holes for I wonder? A mangle

A Posser for pounding the clothes in a tub to wash them and clean them, then hang them to dry.

A carpet beater for rugs and carpets. Hang the carpet over a wall, a fence, or on a line and beat out the dirt and grime.

This one is made of cane but they were also made of wood, rattan, wicker, spring steel or coiled wire,

A shiny, brass iron with a smooth, ďŹ&#x201A;at surface and a handle on top. An iron needs to be hot to press the creases ....how does this iron get hot?

These early irons were known as sad irons (from the Middle English "sad", meaning "solid").

What does the pattern remind you of?

Where are the bristles?

A crumb tray and brush to sweep up the mess.

Is that a wooden foot? Can you tie a shoe This is called a last and it would be used by the cobbler to make

Cobbler, Cobbler mend my shoe, Get it done by half past two, Stitch it up and stitch it down Then Iâ&#x20AC;&#x2122;ll give you half a crown.

A candle stick and snuďŹ&#x20AC;er

Jack be nimble, Jack be quick, Jack jump over the candlestick.

Medicine Bottles tall, short, clear, blue and green. With a stopper in the top to keep the potion in.

Miss Polly had a dolly who was sick, sick, sick So she called for the doctor to be quick, quick, quick. The doctor came with his bag and his hat And he knocked on the door with a rat-a-tat-tat.

The guard on the train has a pocket watch in his hand.

Could you paint a picture on a paper plate?

What is happening? Who are these people? Where are they? What are they saying to each other?

A pen and ink pot

Can you write like they did in Victorian Times?

In Victorian times, children started to use an ink pen when they were old enough to write in a copybook. The pens like this one had steel nibs, which had to be dipped constantly in an inkwell. Each school desk had a hole for an inkwell at the top right hand side. The inkwell was a small ceramic pot.

A puppet made from wood with strings to make it move.

From 1946-1957, Muffin the Mule was a very popular puppet character in a British television programme for children.

A very old suitcase but what is inside?

During the Second World War when children were evacuated to the country, parents were issued with a list detailing what their children should take with them. These items included a gas mask, a change of underclothes, night clothes, plimsolls (or slippers), spare stockings or socks, toothbrush, comb, towel, soap, face cloth, handkerchiefs and a warm coat. 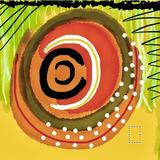 A virtual Treasure Chest containing pictures and text about objects to be found in Ramsey Rural Museum. To arouse curiosity in young childre...

A virtual Treasure Chest containing pictures and text about objects to be found in Ramsey Rural Museum. To arouse curiosity in young childre...