The two of us Farfield Mill 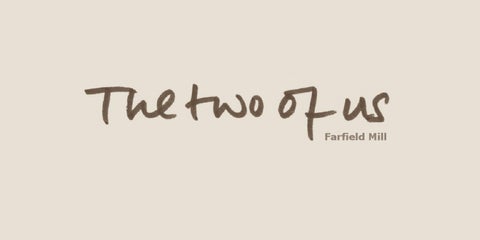 Maureen Lamb ~ Beth &amp; hens â&amp;#x20AC;&amp;#x153;Hey Little Hen, when, when, when, Will you lay me an egg for my tea?â&amp;#x20AC;? There is something very personal when you have just one or two hens and they lay an egg. They do not just lay an egg though, they lay one for YOU! Trouble is I am never quite sure which hen to thank.

Now with Beth, my dog, it is quite another story. Sadly she died recently and I realised how she punctuated every minute of my day. If I went upstairs, she went upstairs. If I went to the toilet, she went ..... to the bathroom. If I sat down to a meal and she was not under the table, I worried. If her water bowl was empty, she would sit alongside it and rattle it until I noticed. If it was past her teatime, she would fetch her bowl and drop it alongside me. It is not until you lose a dog that you realise how fully they join in your life. Death was not a sadness for her. It is only a sadness for us who are left behind. We need to realise when it is time to let go - but she will never be far away.

Sara Last ~ T.C &amp; Dibble I have a cat that thinks she’s a tiger, she might look sweet and innocent but looks can be deceptive. She lies on her back showing her tummy waiting for a loving cuddle, and then she strikes. We went away for two weeks last year and left my fantastic neighbour to feed T.C, we arrived home to find the cat in tip top condition and Kirstein’s arms full of cat attack scratches. She is definitely the boss in our house! She wants to go outside I let her out of the kitchen door, she wants to come back in she paws at the window, I let her back in, two minutes later she wants to be out again. I feed her, I play with her but ultimately all I am is a door opener, but I wouldn’t change her for the world.

Dibble is just Dibble, she is a dog like no other, I don’t even think she realises she is a dog. Rescued when she was six months old, she is gentle and loving, and likes nothing better than to be lying on the bed and chasing a ball!! Once the ball is out she would run all day. We held my sisters 30th birthday outside at my Mums house (she has quite a long steep driveway), people were hanging around at the top of the drive from about 2pm, Dibble arrived with a ball, which she just kept dropping at peoples feet and they kept kicking it down the hill, at 11pm I realised she was still running up and down the hill and I took her to bed. The next day I awoke to a dog who could hardly walk, it took her a week to recover from her aching muscles, but she won’t learn she’d do it all over again tomorrow if she could. My mother says she has a face only a mother could love… and I do love her!!

The two of us Farfield Mill 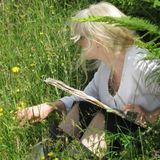