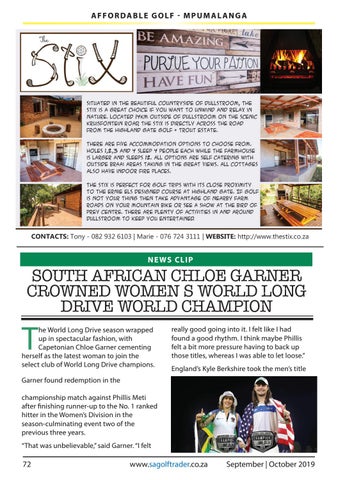 really good going into it. I felt like I had found a good rhythm. I think maybe Phillis felt a bit more pressure having to back up those titles, whereas I was able to let loose.” England’s Kyle Berkshire took the men’s title

Garner found redemption in the championship match against Phillis Meti after finishing runner-up to the No. 1 ranked hitter in the Women’s Division in the season-culminating event two of the previous three years. “That was unbelievable,” said Garner. “I felt