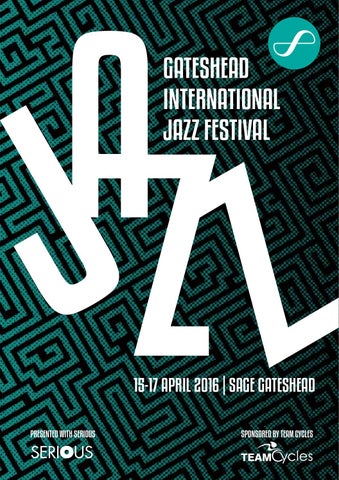 Save with the Jazz Multibuy

Buy tickets for two or more concerts and save money. See website for more details.

ON THE CONCOURSE | 6.30pm | bugalu foundation

The GRAMMY award-winning jazz, blues, gospel and soul singing sensation has been compared with greats such as Joe Williams, Nat King Cole, Donny Hathaway and Marvin Gaye. Tickets: £30-£42.50 Sold out, returns only Presented by Kennedy Street and BKO.

The British-Asian clarinettist and composer has become a leading light on both the national and international jazz scene, captivating audiences and critics with his trademark IndoJazz sound, passionate and dynamic performance style, eloquent musical expression and a healthy dose of rock ‘n’ roll spirit. Tickets: £13.50 Look out for Arun Ghosh and his band performing on the Concourse on Friday afternoon with Roman Road Primary School following a three day residency.

The British jazz saxophone revolutionary transformed the language and techniques of the instrument in the late 1960s and has since become one of the most admired saxophone improvisers on the planet. A rare chance to hear him perform solo. Part of Europe Jazz Network’s Take The Green Train initiative, which encourages artists to take the most ecological means of transport to travel across Europe. In partnership with Julie’s Bicycle. Tickets: £10 Pre-concert talk 7.30pm | The Barbour Room | Free to ticket holders Producer Graham McKenzie talks with Evan Parker about his tour and his music.

A soulful, emotive singer and superb pianist performing solo, who can move an audience to tears with her ability to probe the very heart of a song lyric, or make them jump with joy with her breathless vocal virtuosity. Plus acclaimed jazz vocalist Ian Shaw. Tickets: £12.50

Hosted by Jazz.Coop. £5 on the door (free to performers)

One of the most creative young musicians to emerge from UK jazz in recent years. Saxophonist and composer Phil Meadows brings together the repertoire of his acclaimed Engines Orchestra in a special collaboration with Gateshead’s rising young stars, Jambone. Featuring the full force of Royal Northern Sinfonia and his own hand-picked quintet with Percy Pursglove, Liam Noble, Tim Giles, Zoe Gilby and Flo Moore. Plus conductor Matt Roberts. Tickets: £10

From raucous barrel-house blues to spacious ballads, this band create an electric atmosphere.

Schooled in jazz and classical, raised amid rap and 90s hip-hop and inspired by film composers, New Yorker Bowers makes genre bending jazz music for a new generation. He played on Watch the Throne, the collaborative album by Jay-Z and Kanye West, and has scored a range of documentaries including Play it Forward and Kobe Bryant’s Muse. Tickets: £12.50

Hosted by the Peter Gilligan Quartet. Bring your own instrument and jam. £5 on the door.

The Simon Spillett Quartet play the music of Tubby Hayes

Simon Spillett leads a quartet featuring pianist Steve Melling, Alec Dankworth on bass and Spike Wells on drums in a celebration of one of Britain’s most revered jazz figures. The evening starts with a screening of the new film Tubby Hayes – A Man In A Hurry. The concert will be followed by a short Q&amp;A. Tickets: £12.50

American funk, soul and RnB singer Charles Bradley’s against-all-odds rise to fame followed a bleak life on the streets before discovery by Daptone Records. Influenced by James Brown, the release of No Time Dreaming brought his rough-hewed sound to a massive audience and Victim of Love edged closer to the psychedelic soul of the 70s. Plus support from the North East’s funk and soul heroes Smoove &amp; Turrell. Tickets: £26.50

Widely regarded as one of the finest trumpeters of his generation, Ibrahim Maalouf is a pioneering figure in the contemporary jazz world, fusing pop, electro, soul and hip-hop with the music of his Lebanese roots. Maalouf performs music from his latest Impulse album Red and Black, a triumph of electric jazz. Tickets: £15

Celebrate the end of the festival in Newcastle’s own Pizza Express Dean Street. Meal and drink deal for festival ticket holders available. Free

Get involved Saturday 16 April | 11am The Barbour Room

A fun-filled workshop for 2-5 year olds and accompanying parents/ carers. Expect lots of music and movement, plus some fun ideas to take away and try at home. Tickets: £5 per person Developed by Serious.

make it/ break it

Chris Sharkey is recruiting 50 musicians Exploring the thinking to be part of a special behind improvisation, guitarist James Birkett festival commission. interviews Cuban pianist with its aesthetic Learn to improvise, of spontaneity, the Roberto Fonseca, explore various workshop is aimed at sharing insights on the performers, promoters, methods of musicdevelopment of his producers, researchers, making and experience music from behind the performing with a large piano and looking at his teachers and jazz fans. ensemble. To join email Participants include time with Buena Vista adultprogramme@ improvising musicians Social Club through from Europe and the US, sagegateshead.com to his more recent before 18 March. promoters, producers collaborations. Cost to participate: £5 and writers. Tickets: £5 (free to Performance free ticket holders for Roberto Free but ticketed Fonseca Trio concert)

Online at sagegateshead.com/gijf In person at Ticket Office or by phone on 0191 443 4661 Booking Fees: When booking a Jazz Multibuy you only pay a £2.50 per transaction booking fee. Individual tickets are subject to a £2.50 per ticket booking fee (£2 online) for tickets over £5. Walk-up cash sales are exempt from all booking fees.

save with the jazz multibuy

Buy tickets for two or more concerts and save money. See website for more details.

L IVE AT THE

North Music Trust is registered in England as a company limited by guarantee, number 4044936 and as a charity, number 1087445. 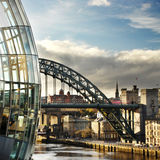