Liz Balize // Liz is a long-time resident of Scranton, Pennsylvania who grew

up in Springfield, Massachusetts. Most of her working life has been devoted to human services and to teaching English in public schools. Poetry entered her life as a teenager, but real love for it was infused by her relationships with her high school English teacher, Mabel Moril and her Marywood College teacher and mentor, Barbara Hoffman. The other great influences of her life have always been art, nature, and the sea.

Marion Costentin // Marion is a French-born artist and cosmic witch living in Berlin, Germany. For many years she

worked exclusively in shades of black and white, sometimes integrating poetry into her melancholic, haunting drawings. She is currently developing a new body of work with a colorful palette, inspired by her own spiritual growth and her experience of womanhood. She is self-taught and has collectors worldwide.

Wanda Deglane // Wanda is a night-blooming desert flower from Arizona. She is the daughter of Peruvian immigrants and attends Arizona State University, pursuing a bachelor’s degree in psychology and family &amp; human development. Her poetry has been published or forthcoming from Rust + Moth, Glass Poetry, L’Ephemere Review, and Former Cactus, among other lovely places. Wanda self published her first poetry book, Rainlily, in 2018. twitter: @wandalizabeth

Kay Ferguson // Kay is a nonbinary queer poet living in NYC. They love smoking on fire escapes, delivery food, and their two pet rats and cat.

Catherine Garbinsky // Catherine is a writer, a witch, and a worrier living in Northern California. She holds a degree

in The Poetics of Transformation: Creative Writing, Religion, and Social Justice from the University of Redlands. Catherine is the author of a chapbook of Ursula K. Le Guin erasures, All Spells Are Strong Here (Ghost City Press, 2018). Her work has been featured or is forthcoming in Rag Queen Periodical, Rose Quartz Journal, Venefica Magazine, Pussy Magic Press, and others.

Lisha Adela García // Lisha is a poet who has México, the United States and the land in between in her work. She has an MFA from Vermont College in Writing and currently resides in Texas with her beloved four-legged children. Lisha has a chapbook entitled, This Stone Will Speak, from Pudding House Press. Her book, Blood Rivers, from Blue Light Press of San Francisco was a finalist for the Andrés Montoya Prize at the University of Notre Dame. Her most recent book, A Rope of Luna, was published in 2018 by Blue Light Press. Lisha is now in love with visual poetry.

Marilee Goad // Marilee is a queer poet who attended the University of Chicago and has work published or forthcoming in Ghost City Review, rose quartz journal, OUT/CAST, Persephone&#39;s Daughters, and Georgetown University School of Medicine&#39;s Scope arts magazine. You can follow her on twitter @_gracilis and find her website at marileethepoet.tumblr. com

worked as an Assistant Professor/Lecturer of English in different universities and institutes in India. The Search Report and Gen-Next Times are the newspapers she has been associated with as an Assistant Editor. She loves reading, writing, painting, sketching and all activities that involve creativity. An avid reader and writer, Megha has made a contribution of her writings in the form of research papers, poems, stories, articles, and book reviews in various journals, magazines, and newspapers like The Criterion, Galaxy, Dialogue, Ruminations, Research Chronicler, and more.

Isabella Kratynski // Isabella edits boring articles about business software for a living, but blogs about her mildly

more exciting reading life at http://magnificentoctopus.blogspot.com. She has recently embarked upon the weird adventure that is online dating.

Sara Lefsyk // Sara lives in Lafayette, CO where she handmakes Ethel, a zine of writing and art. Sara’s first book, We Are Hopelessly Small And Modern Birds, was released this past year by Black Lawrence Press.

Jackie Lemmon // Jackie is an artist, arts writer, and music teacher based in the USA. She writes for Beautiful Bizarre Magazine, likes to cuddle her 6 guinea pigs, and is experimenting with her artistic voice. If you really must find her, you can visit Instagram @jackiemlemmon.

Aviva Lilith // Aviva is a poet and creative writer at the New Hampshire Institute of Art where she dabbles in collaging, cloud gazing, and making magic with her array of flowers and crystals.

Lauren Lopez // Lauren is a graduate student at Texas Tech University in Lubbock, Texas. She is pursuing her Master&#39;s of Fine Arts in Photography. She is an interdisciplinary artist, working primarily in photography and video. Keep up with Lauren’s work on instagram @LaurenElenaStudio.

Isabella J. Mansfield // Isabella writes poetry about anxiety, body image, intimacy and will occasionally break her &quot;no rules&quot; rule for haiku, tanka and senryu. In 2018 she won the Mark Ritzenhein New Author Award. Her book &quot;The Hollows of Bone&quot; will be released by Finishing Line Press in 2019.

Caitlin Mckenzie // Caitlin is an emerging poet and playwright based in Barrie, Ontario. Her work has been published in literary journals like The Northern Appeal, Tower Poetry Society, and Sewer Lid Magazine.

Jessie Lynn McMains // Jessie is a poet, writer, zine-maker, and small press owner; a collector of souvenir pennies and stick &amp; poke tattoos. Her words have recently appeared or are forthcoming in Wyrd &amp; Wyse, Juke Joint, Occulum, Memoir Mixtapes, and others; she’s also a contributing writer for Pussy Magic. You can find her website at recklesschants.net, or find her on Tumblr, Twitter, and Instagram @rustbeltjessie

Spangle McQueen // Spangle is a happy grandma and hopeful poet living in Sheffield UK. Sharon Wright Mitchell // Sharon is a teacher and poet from Athens, Georgia, where she lives in happy chaos with

her daughter and cats. In their spare time they read books, share ideas, and go exploring for inspiration and photo-ops. She recently contributed to the anthology I AM STRENGTH: True Stories of Everyday Superwomen by Blind Faith Books. Sharon is a card-carrying, out-and-proud introvert who isn’t afraid to say, “Go away. I’m writing.”

Leigha Montes // Leigha can be found at Penn State writing down story ideas in her dorm or shamelessly singing and dancing in public. She’s an English major with a creative writing path, and she hopes to turn all of her embarrassing and angsty stories into a novel one day.

Jenene Ravesloot // Jenene has written five books of poetry. She has published in After Hours Press, the Caravel

Literary Arts Journal, Connotation Press: An Online Artifact, Packingtown Review, The Miscreant, Exact Change Only, THIS Literary Magazine, and other online journals, print journals, chapbooks, and anthologies. Several of Jenene&#39;s poems have been made into video poems by the filmmaker Paul Broderick. She is a member of The Poets&#39; Club of Chicago, the Illinois State Poetry Society, and Poets &amp; Patrons. She has received two Pushcart Prize nominations in 2018.

Isabelle Rodriguez // Isabelle recently graduated from Flagler College with a BA in English and a minor in Creative Writing. She is currently working on her personal writings and is a Lead Editor at Capulet Magazine. Twitter: @roseemojis. Website: isabellerodriguez.carrd.co

Carla Stein // Poet and visual artist Carla Stein began writing word pictures about the same time as she discovered crayons and finger paints. This love affair with language morphed into a career in both broadcast and freelance journalism, which included stories aired on CBS and CBC radio. Her artwork has been featured in Ascent Aspirations, Island Arts, and the Stonecoast Review. Both Carla&#39;s art and poetry have been published in Sustenance, An Anthology of Nanaimo Poetry, Ascent Aspirations, Friday&#39;s Poems, Island Woman magazine and Please Hear What I’m Not Saying. She has recently released her first poetry chapbook, Sideways Glances of an Everyday Sailor. Carla is co-founder of 15 Minutes of Infamy, a Nanaimo-based performance venue for wordcrafters and the artistic director of Wordstorm Society of the Arts. Her artwork can be viewed at: www.roaeriestudio.com Shelly Lynn Stone // Shelly is a writer and her short stories have been published in journals and on websites, including the Same, CEO, Revolutionary Poetry and The Junction. She still struggles to call herself a writer, but she now has &quot;writer&quot; accounts on Facebook and Twitter @storybyshelly.

Natasha Teymourian // Natasha is a Brazilian poet and artist based in San Diego, where she got her BA in Literature &amp; Writing Studies from California State University San Marcos. She is the Editor in Chief of Epigraph Press and author of Recurrent Events, published in 2018. Natasha can be found in local coffee shops, museums, and on social media (@ natashateym).

Vivian Wagner // Vivian is an associate professor of English at Muskingum University in New Concord, Ohio. Sanna Wani // Sanna Wani is Kashmir, Muslim and an undergraduate student at the University of Toronto. She is Editor-in-Chief of Acta Victoriana and you can find more of her work in Manifest Station, Half a Grapefruit Magazine, Glass Poetry Press and more. She is usually thinking about flowers, birds, or trees.

heartache while portraying the spawning of a carnal hunger for witchery, lust and self-sacrifice. Effy’s poetry appears or is forthcoming in Rust + Moth, Soft Cartel, Cauldron Anthology and other literary publications, and her debut collection, Flowers of the Flesh, is set to be released in December 2018. She currently works as the managing editor for Vessel Press and is a contributing writer for Witch Way Magazine, PUSSY MAGIC and Rose Quartz Journal. Follow Effy on Twitter @ fleurwomb and find out more about her at https://effywinter.com.

Amanda R. Woomer // Amanda received her first award for her writing at 12 and has works featured in various an-

thologies and literary magazines around the world. She began writing poetry after her brother, Jed, passed away in 2015. She lives in New York with her husband and cactus collection.

lished poems and poetry-related pieces as well as three books. Song of Phoenix: Life and Works of Sylvia Plath, was reprinted in Iran in 2010. Songs of Exile, her first poetry collection, was released in 2016 in Canada by Guernica Editions. It was shortlisted for Gerald Lampert Memorial Award by the League of Canadian Poets in 2017. Letters to My Father, her second poetry book, was published in 2017 by Piquant Press in Canada. She is the founder of Shab-e She’r (Poetry Night), Toronto’s most diverse poetry reading and open mic series (inception: 2012). It is a brave space that bridges the gap between communities of poets from different ethnicities, nationalities, religions (or lack thereof), ages, genders, sexual orientations, disabilities, poetic styles, voices and visions. 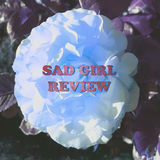