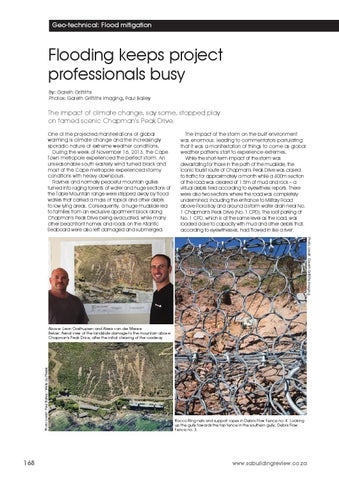 The impact of climate change, say some, stopped play on famed scenic Chapman’s Peak Drive. One of the projected manifestations of global warming is climate change and the increasingly sporadic nature of extreme weather conditions. During the week of November 16, 2013, the Cape Town metropole experienced the perfect storm. An unseasonable south easterly wind turned black and most of the Cape metropole experienced stormy conditions with heavy downpours. Ravines and normally peaceful mountain gullies turned into raging torrents of water and huge sections of the Table Mountain range were stripped away by flood waters that carried a mass of topsoil and other debris to low lying areas. Consequently, a huge mudslide led to families from an exclusive apartment block along Chapman’s Peak Drive being evacuated, while many other beachfront homes and roads on the Atlantic Seaboard were also left damaged and submerged.

The impact of the storm on the built environment was enormous, leading to commentators postulating that it was a manifestation of things to come as global weather patterns start to experience extremes. While the short-term impact of the storm was devastating for those in the path of the mudslide, the iconic tourist route of Chapman’s Peak Drive was closed to traffic for approximately a month while a 400m section of the road was cleared of 1.5m of mud and rock – a virtual debris field according to eyewitness reports. There were also two sections where the road was completely undermined, including the entrance to Military Road above Flora Bay and around a storm water drain near No. 1 Chapman’s Peak Drive (No. 1 CPD). The roof parking of No. 1 CPD, which is at the same level as the road, was loaded close to capacity with mud and other debris that, according to eyewitnesses, had ‘flowed in like a river’. Photo credit: Gareth Griffiths Imaging

Above: Leon Oosthuysen and Alexis van der Merwe Below: Aerial view of the landslide damage to the mountain above Chapman's Peak Drive, after the initial clearing of the roadway. 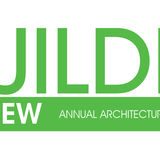 SA Building Review is a national annual resource handbook with its central focus on the identity of building products and services within th...

SA Building Review is a national annual resource handbook with its central focus on the identity of building products and services within th...