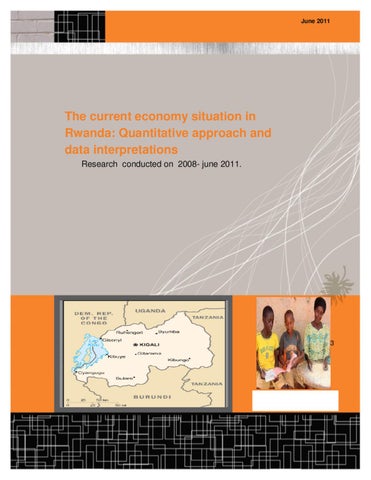 Agriculture: 3.7 million Workers live in rural areas, where 86% work in agriculture, at a limited space of less than 0.7 hectare /person. 64,8% are analphabets they can’t be profession farm workers.

Business 23% of all economic actors with 96% small enterprises; within 63% in commercial area and 12% in fabrication ,the loan accessibility has been limited so that many of them can’t sustain against economy instability..

The global competiveness report released by the world economic forum 2011,ranked the [Rwandan business competitiveness at 80/139 countries with 15 problematic for doing business in Rwanda where the Majors are access on finance, inadequate work force, high taxe rates, http://www3.weforum.org/docs/WEF_GlobalCompetitivenessReport_2 010-11.pdf

Development The main city ;kigali is improving but The rural area is not easily accessible; only 3,112787 people able to move around rural areas, the transport cost is high.figures from EWASA show that the water demand in Kigali city is 55,080 m3/day, whereas nominal production is 30,525 m3/ day, This illustrates a deficit in the drinking water requirements for Kigali. It is estimated that water demand over the next decade will double in Kigali and rural areas and more than double for the semi-urban settlements. .64,8 %of the population can access to potable water ;electricity access is still limited Concerning communication , 60%own radios;9%can watch TV ;we have only 1,520,140 phone subscribers using mobile phones , 7914internet subscribers

Major part of the energy consumed in Rwanda today still comes from wood (80.4% As result ;there is massive deforestation across the country with consequent effects on the environment.only2% has access to electricity Energy needs will stress natural resources in wood and gas, but hydroelectric power development is underway, albeit primarily in the planning stages, as is methane development. Rwanda does not have nuclear power or coal resources. Sources: (Rwanda statistical yearbook 2010) http://www.economywatch.com/economic-statistics/country/Rwanda/ 2- http://www.geopopulation.com/pays/afrique/rwanda/ F. food Security. 

10 – 12 percent of the population now faces chronic food insecurity due to inadequate production, insufficient arable land, high population density, weak agricultural support services, and adverse weather conditions. 45% of children under five suffer from chronic malnutrition and 56% are anemic. 44% of severely malnourished children are HIV positive. 43% of under-five child mortality is due to malnutrition. At 343 people per square kilometer, Rwanda is the most densely populated country in Africa. Ninety percent of the population depends on subsistence farming yet seeds for high-nutrient crops are not available.http://allafrica.com/stories/201101140555.html

The Ruling gorvment ;has denied the malnutrition’s rates evocated in last 5 years reports; but here is a report from the World Food Program; showing the way

many international organization have defined several assistance program on food security; because they have recorder data from field; Since 2009, more than 20,000 malnourished children have been supported and recovered from malnutrition&quot;, says WFP Rwanda Country Director Abdoulaye Balde. &quot;WFP will continue to provide relevant support to reduce malnutrition among poor communities ”http://www.wfp.org/countries/Rwanda/News/WFP-ExecutiveDirector-Donates-Cows-To-Reduce-Malnutrition-In-Rwanda-

G. Gender: Girls and women usually dominate the ‘traditional female occupations’ training programmes like tailoring, hairdressing, secretarial studies, nursing, food and nutrition, while boys and men also dominate ‘traditional male occupation’ like carpentry, bricklaying, motor mechanics and engineering. These different paths usually result in different outcomes and in particular different earnings. It has been noted that in general, professions and occupations dealing with ‘things’ (such as engineering) are more highly regarded in society than professions and occupations dealing with ‘people’ (such as nursing), where girls and women tend to cluster5. This kind of arrangement therefore disadvantages girls and women when it comes to employment; it has been observed for instance that in Rwanda female employment rates are at 34.6 percent in the formal public sector6. Considering also that the nature of the labour market is changing and an increasing number of occupations today are technical and/or require the application of technology, unless women have the ability to access such jobs, they will continue to suffer from unemployment and low paying jobs[1] .More men have taken up small businesses than women.60% of the additional jobs in small enterprises are male and 40% female[2]. [1] ( Citing Association of Women Entrepreneurs in Rwanda (AFER) 2010, p.40)

I . Insurance. Here we shall limit to the medical insurence:  85%of the population are covered by the Mutuelle de santé ;which suppose to pay 90%of the medical assistance ;because the organ in charge delay to pay these fees ;hospitals are now struggle ling with the10% payed by the patient  . 6%of assured by other companies;9% not assured

Labour Employment in Rwanda still being critical ;if 86%are in agriculture ;only 13%of the rest are divided respectively;3%security services,4%education ,1% in administration ,0.7%indusrty and commercial sector, 3% micro project beneficiates, 6% unemployed. Source: http://www.geopopulation.com/pays/afrique/rwanda/

Inflation: 2011,may the inflation rate is 22,3% according the national institute of statistics: http://statistics.gov.rw/index.php?option=com_content&amp;task=view&amp;id=211&amp;Itemid =201 31% is the rwanda inflation rate presented by the IMF http://www.imf.org/external/pubs/ft/weo/2011/01/index.htm Urbanism Rural areas are relatively poorer than urban areas. Poverty in rural areas is 62.5% compared to 13% for Kigali City and 41.5%for other towns. Extreme poverty in rural areas is 40.9 % of the population (ROR 2007). In terms of inequality, . This indicates that there is still inequity in access to national revenue including access to natural resources, especially to the land. (Rema reppport2010 ): http://www.unep.org/pdf/rwanda_outlook.pdf

Trades outside borders Rwanda is not on a good stage of facilitating the trade outside borders; because of highs taxes rates and the highest VAT in the region.VAT in Rwanda is: 18% http://www.rra.gov.rw/IMG/doc/vat.doc http://www.deloitte.com/view/en_GX/global/services/tax/indirecttax/article/65aa52 64b03fb110VgnVCM100000ba42f00aRCRD.htm

Weakness in Data collection. To Despite recent advances in compilation of national accounts statistics, including the production of quarterly GDP figures, data quality suffers from weak data sources, limited survey design and methodological inconsistencies between quarterly and annual national accounts data: ď&amp;#x201A;ˇ The size of agricultural sector, which is deemed to be large, is estimated from apre-harvest crop assessment, but is not verified against actual volume of agricultural production due to lack of an ex-post crop assessment survey.

Lack of a comprehensive economy-wide enterprise survey precludes reliable estimation of GDP from the production side. Instead, weak proxy indicators such as VAT data are used to estimate production.

Quarterly national accounts are not benchmarked against annual survey, which limits usefulness of both quarterly and annual data due to lack of reliable annual surveys.

The non-monetized informal sector activities—as estimated by 5yearlyhousehold surveys—are assumed to grow at the population growth rate, giving a positive bias to GDP estimates. the size of agricultural sector, which is deemed to be large, is estimated from apre-harvest crop assessment, but is not verified against actual volume of

agricultural production due to lack of an ex-post crop assessment survey. 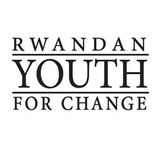