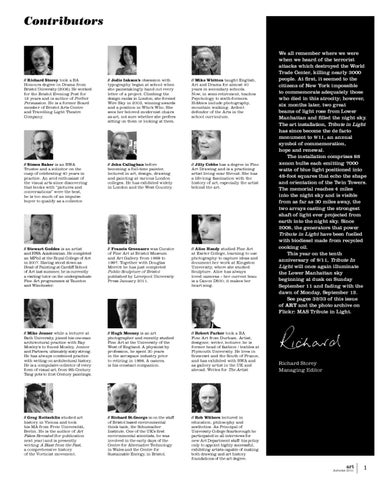 // Richard Storey took a BA Honours degree in Drama from Bristol University (2006). He worked for the Bristol Evening Post for 12 years and is author of Perfect Persuasion. He is a former Board member of Bristol Arts Centre and Travelling Light Theatre Company.

// Jodie Inkson’s obsession with typography began at school when she painstakingly hand cut every letter of a project. Climbing the design ranks in London, she formed Wire Sky in 2003, winning awards and a position in Who’s Who. She sees her beloved modernist chairs as art, not sure whether she prefers sitting on them or looking at them.

// Simon Baker is an RWA Trustee and a solicitor on the cusp of celebrating 40 years in practice. An avid enthusiast of the visual arts since discovering that books with “pictures and conversations” were the best, he is too much of an impulse buyer to qualify as a collector.

// John Callaghan before becoming a full-time painter, lectured in art, design, drawing and painting at various London colleges. He has exhibited widely in London and the West Country.

// Jilly Cobbe has a degree in Fine Art Drawing and is a practicing artist living near Stroud. She has a life-long fascination with the history of art, especially the artist behind the art.

// Stewart Geddes is an artist and RWA Academician. He completed an MPhil at the Royal College of Art in 2007. Having stood down as Head of Painting at Cardiff School of Art last summer, he is currently a visiting tutor on the undergraduate Fine Art programmes at Taunton and Winchester.

// Francis Greenacre was Curator of Fine Art at Bristol Museum and Art Gallery from 1969 to 1997. Together with Douglas Merritt he has just completed Public Sculpture of Bristol published by Liverpool University Press January 2011.

// Alice Hendy studied Fine Art at Exeter College, learning to use photography to capture ideas and document her work at Kingston University, where she studied Sculpture. Alice has always loved cameras – her current beau is a Canon D500; it makes her heart sing.

// Mike Jenner while a lecturer at Bath University, joined his one-man architectural practice with Ray Moxley’s to found Moxley, Jenner and Partners, ultimately sixty strong. He has always combined practice with writing on architectural history. He is a compulsive collector of every form of visual art, from 9th Century Tang pots to 21st Century paintings.

// Hugh Mooney is an art photographer and recently studied Fine Art at the University of the West of England. A physicist by profession, he spent 30 years in the aerospace industry prior to retiring in 1998. A camera is his constant companion.

// Robert Parker took a BA Fine Art from Durham. Artist, designer, writer, lecturer, he is former head of fashion / textiles at Plymouth University. He lives in Somerset and the South of France, and has exhibited with RWA and as gallery artist in the UK and abroad. Writes for The Artist.

// Greg Reitschlin studied art history in Vienna and took his MA from Freie Universität, Berlin. He is the author of Art Fakes Revealed (for publication next year) and is presently writing A Blast from the Past, a comprehensive history of the Vorticist movement.

// Richard St.George is on the staff of Bristol based environmental think tank, the Schumacher Institute. One of the UK’s first environmental scientists, he was involved in the early days of the Centre for Alternative Technology in Wales and the Centre for Sustainable Energy, in Bristol.

// Rob Withers lectured in education, philosophy and aesthetics. As Principal of University College Scarborough he participated in all interviews for new Art Department staff: his policy only to appoint highly successful, exhibiting artists capable of making both drawing and art history foundations of the art degree.

We all remember where we were when we heard of the terrorist attacks which destroyed the World Trade Center, killing nearly 3000 people. At first, it seemed to the citizens of New York impossible to commemorate adequately those who died in this atrocity; however, six months later, two great beams of light rose from Lower Manhattan and filled the night sky. The art installation, Tribute in Light has since become the de facto monument to 9/11, an annual symbol of commemoration, hope and renewal. The installation comprises 88 xenon bulbs each emitting 7000 watts of blue light positioned into 48-foot squares that echo the shape and orientation of the Twin Towers. The memorial reaches 4 miles into the night sky and is visible from as far as 30 miles away, the two arrays casting the strongest shaft of light ever projected from earth into the night sky. Since 2008, the generators that power Tribute in Light have been fuelled with biodiesel made from recycled cooking oil. This year on the tenth anniversary of 9/11, Tribute In Light will once again illuminate the Lower Manhattan sky beginning at dusk on Sunday September 11 and fading with the dawn of Monday, September 12. See pages 32/33 of this issue of ART and the photo archive on Flickr: MAS Tribute in Light. 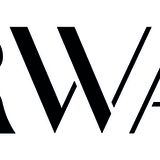