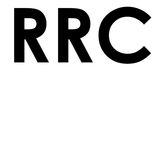 RRC Studio Architects is active in many fields of architecture in its various scales, both national and international. The office has been designing urban plans, waterfronts, institutional buildings, sports facilities, school centers, commercial spaces, housing and other.

Currently RRCStudio is working on real estate developments in the Middle East and in Southeast Asia, on large-scale multipurpose interventions.