Holloway Prison has been an important landmark in Islington for over 150 years. Thousands of women passed through its doors until it closed in 2016. The Echoes of Holloway Prison project at Islington Museum has captured many of their voices so that the story of the prison can never be forgotten.

Hidden voices from behind the walls 1852

The House of Correction, Holloway, was built as a ‘Terror to Evil Doers’. It held men, women and children.

The Holloway Prison building was no longer fit for purpose. The outbreak of war ended proposals to move the prison to the countryside.

Holloway became the first women-only prison in the country. It included a crèche for prisoners’ babies.

Hundreds of suffragettes were imprisoned at Holloway Prison, arrested as they fought for the right for women to vote. Many were force-fed following hunger strikes.

German-Jewish refugees, fascists and conscientious objectors were held at the prison under war-time regulations. By the end of the war the prison was filthy, without enough staff or resources.

Planning the rebuild of Holloway Prison began. The idea was to create a place of healing, more like a hospital than a prison.

A challenging situation gradually improved as a network of organisations grew up to give support to women held at the prison.

Reforms reduced reoffending. Cells were better lit, the grounds planted with flowers and education classes gave women skills for when they were released.

In the early 2000s squalor and high levels of self harm dominated the prison but by the 2013 inspection, the prison was safer with better care for prisoners.

Holloway Prison was knocked down and rebuilt. However, the new building quickly became difficult to control.

All suffragettes were released. British wives of German residents were held at the prison as ‘enemy aliens’.

Holloway was a key case study for the 2007 Corston Report on women in prison. It proposed a radical rethink– fewer women should be sent to prison – and big prisons, such as Holloway should be closed.

Ruth Ellis was hanged at Holloway, the last woman to be executed in Britain.

The Chief Inspector of Prisons walked out halfway through an inspection in 1995, shocked by the regime.

George Osborne MP announced the closure of Holloway Prison. Prisoners, officers and civilian staff were shocked by the news and fearful for the future.

The last prisoner ever to be held at Holloway Prison left on Friday 17 June 2016. Since the closure the local community and ex-prisoners have been fighting for social housing and a women’s building to be built on the site of the prison.

Holloway Prison was unique. Its buildings, prisoners and those that worked there formed a singular culture and community. From the lows of the restricted daily lives of women at the prison to the highs of protest both inside and outside the prison, this project has tried to understand the world of Holloway.

Hidden voices from behind the walls I felt safe in Holloway, I was quite institutionalised as a child going in and out of children’s homes, so I adapted to the routine of get up, do this, do this. It didn’t faze me ‘cos for me it was like my second home, it was like going home. Mandy, ex-prisoner at Holloway Having your liberty taken is one of the worst things… and your privacy taken. Not only are you in prison but then you might be sharing the dorm with five other strangers and you’ve got a loo in the corner, with a curtain round it but it’s a loo in the corner.

HOME Throughout the history of Holloway Prison women have followed a monotonous daily routine, often with many hours a day spent in a cell. The prison could be a deeply uncomfortable and frightening place for many women. For others it became a real home, a familiar place where they felt safe and where they knew the rules.

Julia, former librarian at Holloway There was a community vibe and a London vibe. Like the officers were Indian officers, black officers Jamaican, African, English -from everywhere. The sense of community the girls got comfortable with different officers. Ex-prisoner, Uservoice Interview The thing that haunts me to this day is deaths in custody. They weren’t that unusual and just so dreadful because it was that reminder that, with over 500 women around, someone could take their own life. Liz, ex-probation officer at Holloway When we heard that Holloway would close there was devastation. My whole life stopped, it ended. The prisoners… were the unheard voice in this whole thing. Some of these women had been at Holloway for years, and had been coming to Holloway for years, and the thought of them having to go somewhere that wasn’t Holloway was so distressing.

Protest Protests at Holloway Prison have ranged from the purely personal to campaigns about the prison itself or the idea of prison. Campaigners held at Holloway include the suffragettes, pacifists in both world wars and women from Greenham Common. From the suffragettes to the more recent Sarah Reed campaign against deaths in custody the prison entrance has long been a site of protest. Since the closure, Reclaim Holloway has been campaigning about the future of the site. Proposals include social housing and a Women’s Building as a tribute to the struggles and experiences of women at Holloway Prison.

Thousands of women from many different backgrounds and with diverse life experiences have been held at Holloway Prison. When the closure was announced it was the largest women’s prison in Western Europe with a capacity of 591 women. This project has been shaped by many of their voices.

Hidden voices from behind the walls I see the prison and it represented all the stuff my dad said I was, you’re bad, you’re nasty, you’re nothing... I am the lowest of the low and it’s right that I should be sentenced ‘cause I’ve done bad things and this is my punishment. Anise - Ex-prisoner of Holloway The number of people in Islington that don’t even know where Holloway Prison is really interesting. Oh, is it on the way to Waitrose? That’s why we have prisons, so we can put all the people we think are bad someplace else.

Women in Prison In 1902 most women were imprisoned for drunkenness, vagrancy and prostitution. By 2016 80% of women were sentenced to short sentences for non-violent crime. These lead to reoffending, as women lose their homes, jobs and contact with families while in prison and many end up homeless on release.

My first kid was born in a room, I had a chain on my arm and two officers in the room with me.... I’m not saying they were horrible officers, they weren’t, it’s just I wanted my family. When they took the chain off, they said, “If you run for freedom we’ve got the baby” Viv, ex-prisoner of Holloway Only 9% of children, when their mother is in prison, are being looked after by their fathers… So if a women is doing even a few weeks of prison time… that will have a huge impact on her kids because she’s probably never going to see them again. Because they’re going into care. A lot of people who are in prison are people who have been in care, and if you have a parent who’s in prison you’re much more likely to end up in prison yourself.

Motherhood More than two thirds of women in prison are mothers. Each year in England and Wales, the mothers of 17,000 children are imprisoned and 95% of these children are forced to leave their homes. The first surviving baby in Holloway Prison was born in 1856. During the early years of Holloway Prison, the morality of keeping innocent babies locked up was debated. It was not until 1948 that women could leave prison to give birth at nearby Whittington Hospital. The new Holloway mother and baby unit opened in 1977, with cells for 12 mothers and 13 babies. 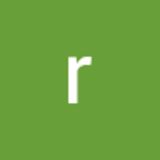