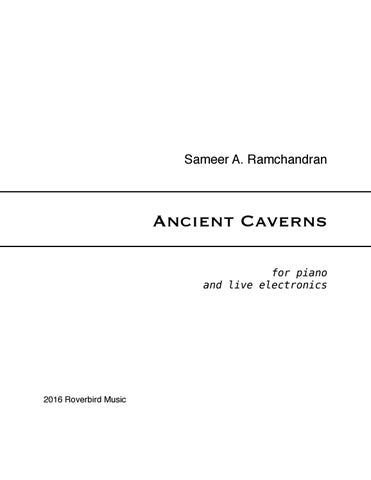 Performance Notes: The work revolves around an automated program written in Max whose sequence is generally in four parts. The first part randomly processes the sound of the piano. The second part records short durations of the piano. The recording then undergoes various forms of processing and is played back at twice the speed during the performance. The third aspect is a fixed media component that plays as an accompaniment to the piano and processed sounds. The final part consists of a synthesizer built within Max that is triggered at periodic intervals towards the end of the work. Various parameters of the synthesizer are randomly generated so that each occurrence of the synthetic element has its own individual character each time it plays. All four of these parts overlap throughout the duration of the piece. The piano part is largely improvised. Mallets are to be used for playing inside the piano, by striking the soundboard. Soft timpani mallets are recommended. The keyboard is also used to generate material. The goal of the improvisation is to create a dialogue between the electronics and acoustic elements. This score is only a guide; the performer is free to either follow it or

completely invent their own part. For piano: Boxed figurations indicate that the performer may play the notes or phrases enclosed within the box as often or as little as they like throughout the duration of the piece.

Indicates a short silence or pause

For electronics: Indicates a live processing event. Processing changes every ten to twenty seconds within the timeline.

Indicates a visual representation of the sound recording playback

Indicates a recording and playback event. Piano is recorded live, processed and played back at twice the speed in real time.

Indicates the occurrence of a synthesizer event. No two occurrences are the same and events are generated randomly.

The Max patch is available from the composer. Please email: Sameer Ramchandran, sameer@roverbird.com for more information and/or technical questions

Program Notes and Performance History: Ancient Caverns is a meditation on the timeless quality of large underground spaces of the natural world and the use of technology to express impressions of their immutable grandeur. The structure of the work is derived from the evolution and movement of several ‘sound worlds.’ Some of these sound worlds have a brooding mystery to them, while others express themselves through playful of dances of light. The work was premiered at the New Jersey Digital Audio Concert (NJDAC) on October 16, 2016 at the Richard H. Shindell Choral Hall in New Brunswick, New Jersey with the composer at the piano.

pluck strings on the soundboard. Use the sound recording for cues and inspiration.

Less intensity at this point

Recording and playback of piano performance

for piano and live electronics 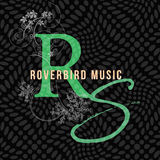