rossover Day is here and we are on the downward slope of session. I want to personally thank every legislator for the sacrifices they make to be in Pierre away from their family and employment to be civilian legislators that care about the lives of all South Dakotans. The service of you - our Republican legislators - matters. Because you are the ones taking care of people and growing our economy. You are making it possible for the state to battle drug addiction, human trafficking and other scourges that afflict our society. Legislators are out there fighting for property rights, economic growth and better education every single day.

Thank YOU for your efforts. Because if you were not in the trenches every day, Senator Thune would not be in Washington. Governor Noem would not be in office. I myself would not be serving the Republican Party as chairman because without Legislators on the front lines, the battle would be lost before it begins. Your service matters, and you have my greatest thanks. For the Party,

P Governor Kristi Noem has signed twenty eight House Bills as of February 26th, and ten Senate Bills, leaving twenty five Bills on her desk awaiting action. Currently, there have been no Gubernatorial vetoes yet in the session.

child, or to any person who pays the healthcare expenses of a mother or child.” HB 1096 passed through the House of Representatives on February 2nd, with 46 YEAS and 20 NAYS. It was then sent to the Senate and was referred to the Senate Health and Human Services committee. On Wednesday the surrogacy ban was in heard in committee, with an amendment proposed by Sen. Novstrup. The amendment was then passed. But after hearing testimony on the bill, the committee then motioned to defer the bill to the 41st legislative day effectively killing the bill. The motion passed 4-3.

groups and organizations such as the South Dakota Board of Technical Education, South Dakota Chamber of Commerce, and many more. Governor Noem was strongly in support of this bill. She said, “South Dakota’s technical programs produce top-quality graduates for South Dakota’s workforce and help ensure our businesses have the leaders they need to thrive. The bill I am signing today helps align South Dakota’s colleges with the naming standards used across the country and reflects the excellence demonstrated by our schools.’’ This bill will go into effect and the name changes will be made as of July 1st for technical schools in Watertown, Sioux Falls, Rapid City, and Mitchell.

B 1096, a bill that will prohibit commercial surrogacy contracts, provide a penalty for facilitating a commercial surrogacy, and establish an interim committee to evaluate surrogacy in the state was rejected by the State Senate after earlier passage in the House. Sponsored by Representative Jon Hansen, this bill would have prohibited those who seek to hire or sell childbearing services on a commercial basis. These prohibitions would not have applied to the mother of the child which is defined in the bill as “a woman carrying a child in her womb, any healthcare provider that cares for the mother or

his week Governor Noem signed HB 1083 into law. HB 1083 changes the names of South Dakota’s four postsecondary technical institutes to better align the schools with other institutes around the nation. These technical institutes will now be called technical colleges. The prime sponsors of HB 1083 are Representative Hugh Bartels and Senator Jim White. The bill had significant support from the South Dakota legislature and other

B 1262, a bill to revise provisions regarding electric service in annexed areas had its first hearings this week. The prime sponsors of this bill are Representative Anderson and Senator Kolbeck. This bill revises that before a municipality that operates an electric utility may annex or extend its boundaries to include contiguous territory, representatives of the municipal utility shall request to meet in person with representatives of any affected electric utility to discuss the municipalityâ&amp;#x20AC;&amp;#x2122;s intentions. The Bill provides for the provision of electric service to customers in areas that could be annexed into the city and

requires parties to negotiate in good faith the terms of a potential agreement. Failure of an electric utility affected in a municipal annexation to meet within thirty days of a written request to meet is a waiver of the meeting requirement, allowing the annexation to move forward. The bill also adds revisions to form a petition to annex property that is within the service territory of an electric utility that is not a municipal utility, as well as other provisions. The House of Representatives passed the amended bill with a 48 to 20 vote and now heads to the Senate.

B 72 is a bill that would establish the Dakota’s Promise Scholarship program, to establish the Dakota’s promise fund, to make an appropriation, and to declare an emergency. The sponsor of this bill is the Committee on Appropriations. On Tuesday the Senate passed this bill 32-2. This bill would help South Dakota high school graduates whose financial situations make them eligible for federal Pell grants could also get up to $2,500 of additional aid per year to attend a South Dakota college or university. SB 72 will create a need-based scholarship program called Dakota’s Promise and put $2 million into it. The $1,250 scholarship would be available to students whose institutions provided a matching $1,250. The Dakota Prime Scholarship would be open for students who have scored at least 22 on the ACT and had at least a 3.0-grade point average in high school. The money would be available for them to use at any private, tribal, or public higher education for campuses that are in South Dakota. The state Board of Regents central office will manage it. The bill will now be headed over to the House.

Natalie Mohr is a senior at T.F Riggs High School here in Pierre. This is her first year serving as a page. She plans to study either psychology or biology at Augustana University in Sioux Falls. Her sponsor is Senator Jeff Monroe of Pierre. When asked what her favorite thing about paging is she said, “I really like sitting in on the Senate in session and hearing the legislator’s debate bills because I’ve never seen a governmental process like that happen before.” 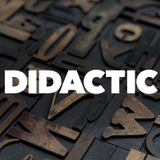