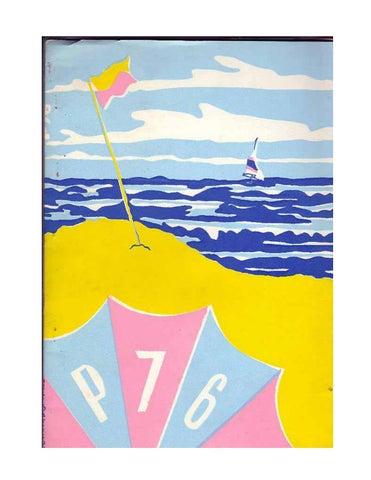 The first issue of P76 magazine appeared in Spring 1983. It was the first publication by what was then called Rochford Street Press - now simply Rochford Press. P76 was inspired by many of the small literary mags of the 1970’s, in particular Magic Sam, Your Friendly Fascist and The Ear in a Wheatfield. The first issue was edited by Mark Roberts and Adam Aitken and printed in Mark’s bedroom at 22 Rochford Street Erskinville on an old gestetner machine savaged from a real estate agent in Miranda. Much of the layout was done on in Enmore on a light box owned by Kit Kelen and the stencils were cut on a stencil cutting machine owned by the Sydney University Union. Gina Ghioni designed and printed the silk screen covers at the Tin Sheds at Sydney University late at night. Issue one contained work by: John Forbes, Grant Caldwell, Chris Burns, Annette Clynes, Nicholas Thomas, Gina Ghioni, Chris Mansell, Laurie Duggan, Christine Burrows, Mark Roberts, Les Wicks, S. K. Kelen, Adam Aitken, Dipti Sara, Robert Harris and