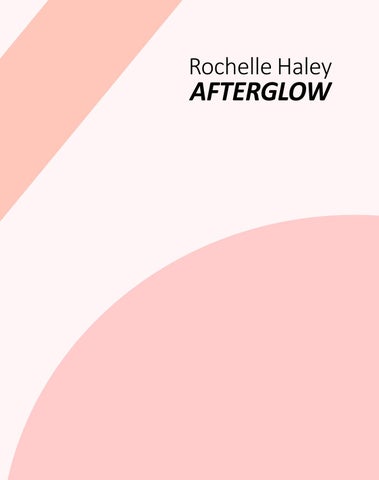 the thirty-fifth book of his Natural History, Pliny the Elder tells how the daughter of Butades of Corinth traced the shadow of her lover’s face on the wall before he departed on a journey – and thus painting was born. It is worth noting here that, right from the very beginning, a connection is made between art and loss.

We assume all too easily that all art must be a frozen representation of something that occurred somewhere at some other time. A line of rebellion against representation runs parallel through all the 20th-century arts; and dance, impossible without people, its history bound up in programmatic music and all those swan lakes, has had a harder task than most. One would think that there would be nothing simpler than to ask an audience to disregard deep reading and appreciate the superficial qualities of the moving body. In practice, it has required express disavowals of representational intent, right down to the often merrymaking titles: How to Pass, Kick, Fall and Run (Merce Cunningham Company, 1965), One Flat Thing, Reproduced (William Forsythe, 2008), Structured Pieces I-IV (Trisha Brown 1973-1976). Contemporary dances are dances ‘about’ nothing; they are movement as form, not as content: as volume and void, as stillness and action, as distance and immediacy. Liberation from representation has been key to the development of the form, because dance has historically had a particular

difficulty with the task of countering loss. Peggy Phelan, in her seminal essay on the ontology of performance, speaks of ‘representation without reproduction’: “Performance’s only life is in the present. Performance’s being… becomes itself through disappearance”1. Phelan’s argument is a line-by-line rejection of the logic of reproductive representation. Performance occurs over a time which will not be repeated. It can be performed again, Phelan writes, but this repetition will be its own thing. Even dance scores (such as in Labanotation) bear an odd nonresemblance to the dances they describe, an abstracted correspondence more than likeness proper. To document a dance performance is not to reproduce it. A dance performance, at the end, simply disappears. It is not that dance cannot be a form of painting – it is, in the sense that dance is a trace of the act of dancing - but it is a painting in which the brush and the trace are one and the same. The only mark it leaves is in our memory, as faint as a ripple made on the surface of water, as impermanent as the lines raked each morning on the gravel of Ryōan-ji temple garden. In conventional painting, contrastingly, the material is long-lasting and utterly central to the permanence of the work. Artist Amy Sillman, in her essay On Color2, is amazed that an art historian did not know that a tube of cadmium red is heavier than cobalt violet. She describes the materials that go into an oil painting: insect acids, secretions 3

from snail glands, lubricants from seeds, flowers and beeswax, glues from rabbit skins. ‘Material’ in performance is other things: time, space, rhythm, costume, movement, presence and absence. When painting expands to encompass performative elements – via Allan Kaprow’s Happenings and performance art – these become the materials in its expanded palette. Rochelle Haley’s Afterglow is a painting in this, expanded, sense: its palette of nude and warm metallic tones is on a canvas that encompasses the gallery walls and floor, costumes (made in collaboration with textile artist Kate Scardifield), movement (facilitated by choreographer Brooke Stamp), a movable configuration of walls, and about twenty female performers of a range of ages (the youngest is only six-years-old), trained in Physical Culture. The audience, through the act of donning costumes, is invited to enter 4

this three-dimensional painting, and by moving through it, becomes part of the composition. There is no ‘right’ or ‘wrong’ in this sort of social painting-by-co-presence: the intrigue of the work develops through the rhythm of contrasts between the formal movement of ‘Physie’ (including its distinct marching) and the chance-based patterns of visitors finding paths through space. It is an intentionally ‘leaky’ artwork, expanding the canvas into the vast surrounding world, melting the surroundings, the performers, the work, and everyone who comes to it into an elusive, changeable configuration3. When performance first embarked on breaking out of representation and into an immersive sensory situation – Adolphe Appia’s sets that speak of painting with light, volume and void; Gertrude Stein’s scenic poems – it was for wanting to liberate the human body from the unnatural formality of theatre. It was the same

humanist spirit of the era that gave rise to physical disciplines that combined exercise and grace – encompassing both Physical Culture, various forms of therapeutic exercise, and contemporary dance as we know it. What is fascinating about Rochelle Haley’s practice is an intuitive understanding of these many ontological layers. In replacing the flat surface of canvas with a three-dimensional, multi-material situation, and a brush with moving bodies, of both choreographed performers and the accidental visitors, Haley shifts the focal point from the material consequence of drawing and painting to the process itself, from static representation to the human materiality of the body. For Haley, the assumption of painting as a necessarily representational system is less interesting than that of painting as the potential to 6

receive and enact movement: painting as a verb, not a noun. And in line with Phelan, Haley’s new work embraces the repetition which is not reproduction, and a trace which does not linger. It is still painting: but painting as Labanotation, if you wish; as ripples on water; painting as ‘becoming itself through disappearance’. Jana Perkovic 1 Peggy Phelan. 1993. “The ontology of performance: representation without reproduction” in Unmarked: The Politics of Performance, Routledge: London and New York. 2 Amy Sillman. 2016. “On Color”. In Painting Beyond Itself: The Medium in the Post-medium Condition. Edited by Isabelle Graw and Ewa Lajer-Burcharth. Sternberg Press. 3 Allan Kaprow. Art News 60(3):36–39,58–62. 1961. Reprinted in Allan Kaprow, Essays on the Blurring of Art and Life, ed. Jeff Kelley. Berkeley: University of California Press, 1993.

A new major installation and performance work exploring movement patterns across both choreography and painting. ‘The project uses colour, pattern, light, shape and dance to create an immersive, living 'painting' which audiences can visually and physically experience.’ Curator, Carrie Kibbler. 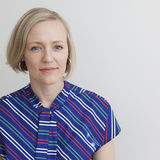