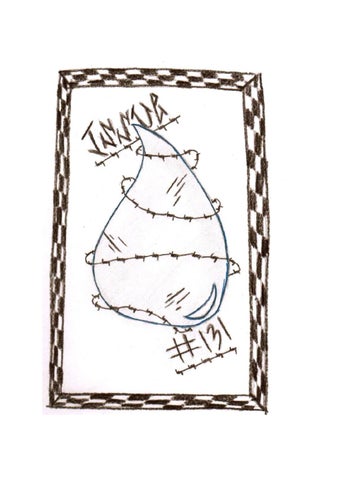 Faith In Herself By Becca There is no one that can help her not me, not family or friends, not even doctors. The only person that can help her is herself. I know she is going through things, these days we all are. She has to keep the faith in herself to destroy the monster. She needs to stand up and show him whoâ&#x20AC;&#x2122;s boss and be the person she wants to be and not let anyone hold her back. She is stronger than she thinks she is, she just needs to breathe and take one step at a time and live her life to the fullest with no regrets. She is beautiful, and she needs to stop allowing the monster to make her feel otherwise.

He was the death of himself. All he felt was loneliness and hopelessness. He wanted a way out, but would never take the time to get the help that he needed. He was lost and confused. He wanted the help, but was afraid. Afraid of judgment and no one understanding. Afraid that no one would be able to help him because they wouldnâ&#x20AC;&#x2122;t understand him which infuriated him and made things worse. He needed to find his escape. A way out but he had fallen so far, that he has no hope for returning and will never be the same.

I miss you before you’re even gone. Afraid that when you leave it will be the last time I ever see you. I love you and want you safe. I don’t want to feel the pain of loneliness. I know this is something you’ve wanted your entire life and I’ll support you in every way possible. I’ll wait for your return with arms wide open. You mean the world to me and I never want to lose you. When you’re away think of me to get your head on straight. When it’s a full moon hold your thumb up and remember that it is the same where I’m at. When you look at the stars look for Rudolph and remember Angel. Were both with you and always will be through everything. We love you and want you home safe.

Lost in thought with no way out. Alone is where she is most comfortable. No one to disturb her, just her and her thoughts. She’s confused about everything and wants to know what’s wrong. She feels sadness and angriness. Hopelessness and confusion. Her mind is flustered and wants it to end. She questions herself, “will the pain ever end?” then a voice inside her head whispers, “no.” *the tears begin to fall*

Flying By Jeffrey Some day when I jump I will soar ever upward never down. till I reach the clouds. Even then I will not stop I will fly to worlds unknown. And tour the solar system. I'll do whatever the heck I want to cause I’ll be free. No more worries pain or problems, just me and freedom, till centuries have passed and years are like seconds, then I will make my descent to a desolate and wretched world to live out my days. And when I'm discouraged, I will remember my trip. And if I want I’ll go back. I’ll jump and won’t come back down, cause I’ll be flying, soaring wherever I please.

Semi Automatic Love By Vincent Where is the love? Where is the passion? Where is the communication? That was once there. Our love for each other was, Once like a fully automatic M-16 But now it’s like a semi automatic desert eagle When I kiss you, I don’t get the passion That was once there. And when I reach for you, You’re not there. Every time I call you, Every time I see you, I can hear it in your voice, can see it in your eyes, That our once fully automatic love Has now turned into nothing But……. A shot in the wind.

Chained Love By Vincent There was once a time When I trusted you There was once a time When you trusted me remember the times When I was with you would feel no pain I would have no worries But now those times have faded away Ever since you started with the lies I have chained my heart to you And every time I unchain myself I always turn back to you For youâ&#x20AC;&#x2122;re the one I love But every time I try to run From the pain I get pulled back in By the illusion that someday But I have come to realize That our love for each other will be foreverâ&#x20AC;Ś.. CHAINED

My name is Hailey. I was born a girl. But because of my self-hate and bottled up anger, I am cursed. I am a tree. During the day, I watch people through my twisted branches and horrid knots. I try to touch them with my leaves. Instead, I annoy them by the leaves being in their way. I hurt them by scratching their faces with my colorful razors. When night begins to fall, my branches twist and break painfully into bone. My leaves fuse together and become flesh. My twigs curl and become my hair. I am a girl. I lie naked on the ground in the silence of the night. I finally stand up, shaking by the

11 unfamiliar weight. I go to a pile of abandoned and wet clothes to cover my weak and fragile body. I ponder for a second in the cold, wondering if I should see my true friends or not. But now I remember that they are dead. Because of this curse, it has given me the burden of immortality. Because of my foolishness, I have seen all of my loved ones suffer and die through bark and through eyes. As I go back to the park, my tears turn into the dew of the morning. I stand up and try to bare the pain of my body breaking down and becoming the ugly plant I once was. My name is Hailey. I am an immortal, depressed, and a guarding tree.

In a Guyâ&#x20AC;&#x2122;s Brain By Jeffrey Well one day I was jumping on my trampoline. There was this random dude walking by. He was wearing a bright, pink suit. I could tell he was deep in thought. I thought of a cool idea. Why not jump in this guys brain! That would be interesting. I always wanted to know what it was like to see a brain functioning. I then did it. I jumped really, really hard. I pretended like I was diving into a swimming pool. Except I aimed for the guys noggin. I dove and voila, I went right into the guys head.

13 It knocked me out for a second but I woke up next to the brain. I thought it was very cool to be in a head. What was really interesting was that I could read the guys thoughts. I could predict what the guy would do before he did it. After a while I got bored. I tried telling the guy to let me out. He thought he was hearing voices. Eventually he ended up in a psych ward. There I was doomed for the rest of my life.

I am a girl named Sandy. I am sad because the one I care deeply about left me. He was a young man. He was my friend. He was part of my family. He was always there for me. I wish he was still here. So I can have someone to talk to. Someone I could go places with. He was someone I cared deeply about. He was like a best friend.

The Big Bang By Vincent Whoa!!!! It all happened so fast, I mean it was…… BANG!!!!!!! Then pure silence Next thing I know, I got the police chasin me Pullin me outta my car With my face in the dirt And a knee in my back Now….. Six months later I sit here In my cell as inmate 23614 Still I fight for my freedom But never knowing What truly happened That night my world went, BANG!!!!!

I tremble as they stare at me. I feel almost like they just stare at my belly, as if they know. I finally utter the words, “I’m pregnant.” My father cries in disappointment, and my mother sits there in silent horror. My boyfriend is a broke, nobody. He has nothing to offer me, or this child; but we were so in love. I face the reality of it all so quickly, it’s almost like life flashing before your eyes. The future does not look promising. Nine months passed by, and there is a beautiful baby girl, Abigail. With my eyes, and her fathers smile. Her father is nowhere to be found, even when he promised to be there. I do not face this world alone, my family has been wonderful. I’ve graduated, and established a career. I never needed him to begin with. 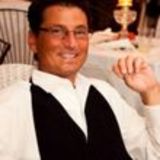